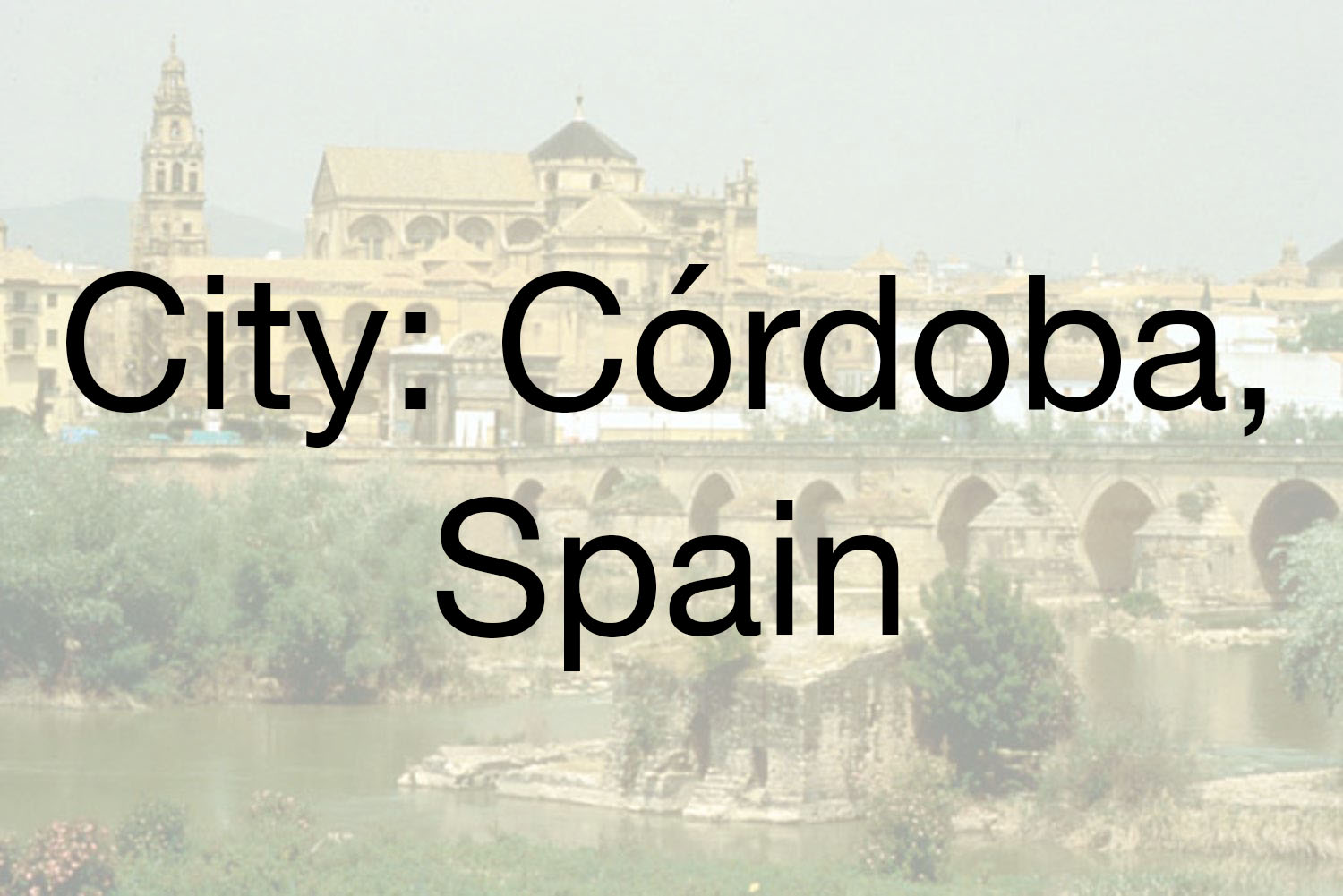 Cordoba during the Islamic Era: Its History and Culture 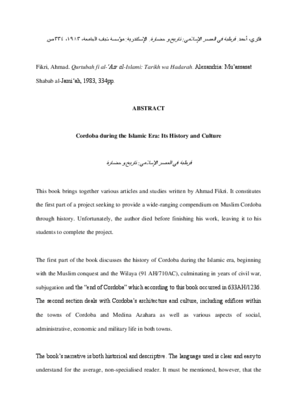 Citation
Razouk, Tareq. “English abstract of 'Cordoba during the Islamic Era: Its History and Culture'". Translated by Hugh Lovatt. In Cities as Built and Lived Environments: Scholarship from Muslim Contexts, 1875 to 2011, by Aptin Khanbaghi. 110. Edinburgh: Edinburgh University Press, 2014.
Description

Cordoba during the Islamic Era: Its History and Culture

This book brings together various articles and studies written by Ahmad Fikri. It constitutes the first part of a project seeking to provide a wide-ranging compendium on Muslim Cordoba through history. Unfortunately, the author died before finishing his work, leaving it to his students to complete the project.

The first part of the book discusses the history of Cordoba during the Islamic era, beginning with the Muslim conquest and the Wilaya (91 AH/710AC), culminating in years of civil war, subjugation and the “end of Cordoba” which according to this book occurred in 633AH/1236. The second section deals with Cordoba’s architecture and culture, including edifices within the towns of Cordoba and Medina Azahara as well as various aspects of social, administrative, economic and military life in both towns.

The book’s narrative is both historical and descriptive. The language used is clear and easy to understand for the average, non-specialised reader. It must be mentioned, however, that the book’s most useful feature is its wealth of endnotes appearing at the end of each section. These provide detailed references and sources of information used by the author, with the aim of facilitating future research and historical investigation.

Nevertheless, the book does suffer from several faults, including the brevity of its introduction which concentrates more on the author’s virtues than it does on the book or its aims. This can be explained by the fact that the introduction was not written by the author himself, but rather by one of Ahmad Fikri’s pupils, ‘Abd al-‘Aziz Salim. The lack of illustrations and its scant references to primary sources reduce the value of this book. This being said, the book in general represents a good basis for shedding light on an important period in Cordoba’s Islamic history, providing a good overview of the different aspects of life in the town.