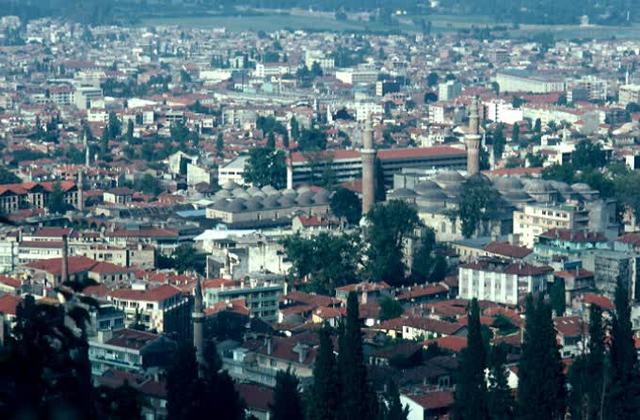 Share
The market neighborhood or Çarsi, with its numerous market buildings, hans, hamams and mosques, has been the center of trade and commerce in Ottoman Bursa since its formation to the east of the Byzantine city walls following the Ottoman conquest in 1326. It includes the area bound, at present, by Cumhuriyet Street to the north, Atatürk Street to the south, Inönü Street to the west and Cemal Nadir Street to the east. Following Orhan I who built his imperial complex in the area, Bayezid I established the commercial and the religious foundations of the neighborhood with his Bedesten and the Great Mosque. Expanding through the centuries with new institutions, the neighborhood became the center of the newly founded municipality when the municipality building was built next to the mosque of Orhan I in 1879. In 1957, a major fire in the Covered Bazaar devastated the market and the old residential quarter to the west, resulting in extensive restoration of the monuments and modern reconstruction in areas surrounding.

The market buildings and hans of Bursa were significant not only for the trade of silk and fabrics but were also the endowments for mosques and other social services. Only half of the hans in the area have made it to our day and are still in use. The baths (hamam) and madrasas (medrese), on the other hand, have almost all been incorporated into the bazaar. The names of the surviving monuments in the Çarsi, listed in order of period of construction, are as follows: Orhan I period (1326-1359), Orhaniye or Orhan Gazi Mosque, Emir (or Bey) Hani, Orhan (or Bey) Baths (today's Aynali Çarsi); Murad I period (1359-1389), Kapan Hani, Nalincilar Baths; Bayezid I (1389-1402), Ertugrul Mosque, Great Mosque (Ulu Cami), Bedesten, Vaiziye Madrasa, Sengül Baths (today's Silver Market or Gümüscüler Çarsisi); Mehmed I period (1413-1421), Geyve (or Haci Ivaz Pasa) Hani, Ipek (or Arabacilar or Sultan) Hani, Market of the Cavaliers (Sipahiler Çarsisi); Bayezid II period (1481-1512), Çukur (or Kütahya) Hani, Koza Hani, Pirinç Hani; Murad II period (1421-1451), Ivaz Pasa (or Tavukpazari) Mosque, Serafettin Pasa Mosque, Tuzpazari Mosque, Yigit Köhne Mosque, Haci Ivaz Pasa Market, Gelincik Market, Tuz Hani, Tavukpazari Baths, Meyhaneli Baths; Mehmed II period (1451-1481), Fidan (or Mahmut Pasa) Hani, Simkes (or Sirmakes) Mosque; Süleyman I period (1520-1566), Eski Yeni (or Tahil) Han. Nineteenth century additions include the Haydarpasa Market (b.1889).

The Covered Bazaar (Kapaliçarsi), a single vaulted street lined with shops that runs east-west through the market neighborhood, is said to have been in existence since the beginning of the neighborhood, known previously as the Long Bazaar (Uzun Çarsi). Sections of the Covered Bazaar were damaged in numerous fire, most recently in the catastrophic fire of 1957. It used to extend from Emir Han to Tuzpazari Mosque, only the section between Emir and Koza Hans remains today.

The Bedesten, or Bezazistan, has been the center of commerce in the neighborhood since it was built by Bayezid I at the end of the 14th century. Its function was the protection and storage of goods. It is a rectangular building of two stories, entered through portals at the center of each façade. Inside, 32 storage chambers (mahzen) are arranged around a rectangular courtyard, enclosed with two rows of fourteen domes resting on six large piers at the center. 68 stores entered from the street envelop the building on the outside. The Bedesten was greatly damaged by the fire in the Covered Bazaar in 1957, ten of the domes and four piers were rebuilt in successive restorations that have brought the building to our day as the jewelry market.

The edges of the neighborhood were redefined at the end of the 19th century when governors of the city, Ahmed Vefik Pasa (1823-1891) in particular, took on major urban planning initiative to modernize the city according to western ideals. In addition to the enlargement of major routes and the creation of a new government center and a theater (Gedik Ahmed Pasa Theater) at the end of today's Atatürk Street, a municipality building -designed by Kütahyali Sehbender- was built across from the mosque of Orhan I in 1879. A new route, today's Cumhuriyet Street, was opened in 1906 to the north, cutting through the Market of the Cavaliers (Sipahiler Çarsisi) and Tahil Han among other buildings. Although the municipality building was still used under the Republic, a modern theater named after Ahmed Vefik Pasa has replaced the old wooden theater. 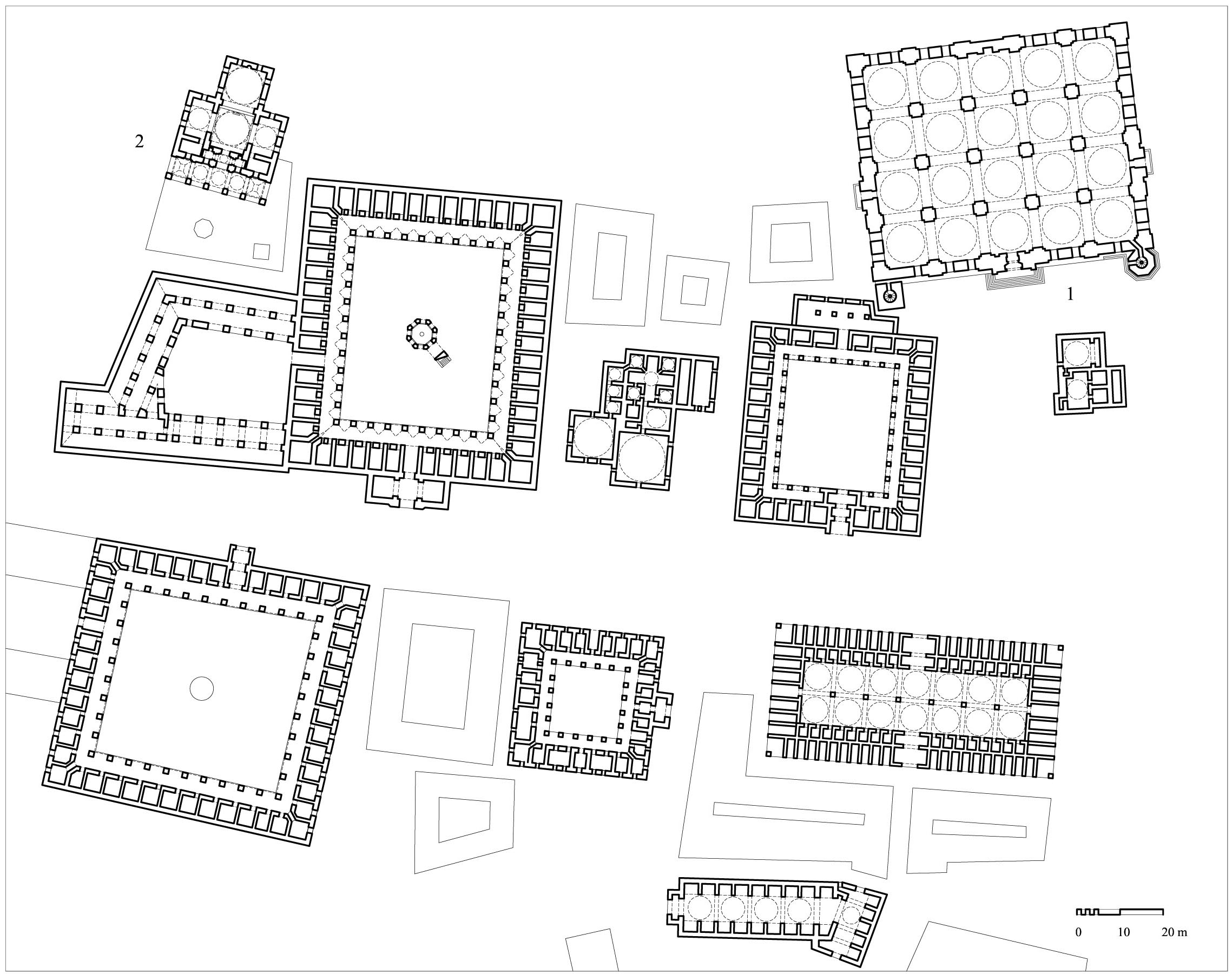