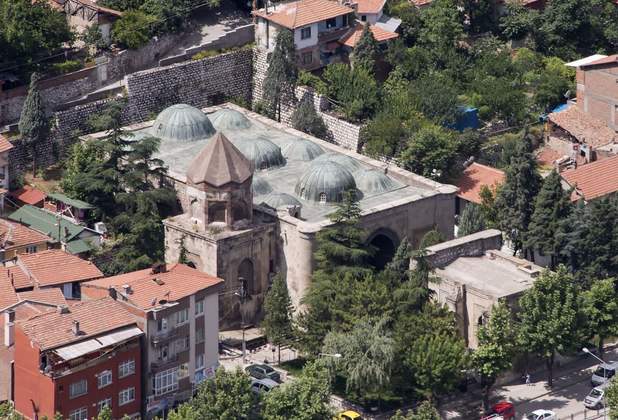 The Gökmedrese (Gök Medrese) or Gökmedrese Camii is located on the western end of what was the ancient city of Amasya. It served as a mosque and madrasa, and includes a kümbet (vaulted tomb). A building known today as the Torumtay Türbesi (Tomb of Torumtay) was constructed in 1278/677 AH on the grounds, and together these form a complex. The Gökmedrese is undated but has been attributed to the governor of Amasya and military commander (beylerbey) Sayf al-Din Turumtay, who is named as the patron of the tomb on site. The name gök, which means "blue" in Turkish, may come from the use of blue-glazed tiles as exterior surface decoration on the buildings. The term can also mean "celestial," as blue refers to the color of the heavens.

The complex comprises three main structures situated within a small park planted with evergreen trees and rose bushes. A large rectangular building at the center of the complex houses the madrasa and mosque, and a cuboid building with a conical roof adjoined to this rectangular building on its eastern side houses the kümbet. The third building is the dervish lodge or so-called Tomb of Turumtay, which is a smaller rectangular structure constructed just north of the mosque-madrasa to face its main entrance (for a detailed description of this building, see its site record).

The placement of the mosque-madrasa and dervish lodge facing one another in close proximity is possibly attributed to the layout of the Byzantine complex, which according to medieval sources included a cathedral and patriarchate whose foundations were used to build the Seljuk monuments.1

The rectangular mosque-madrasa building is oriented north-south, with its main entrance portal on the north side. This portal takes the form of a recessed iwan entered through a pointed arch at the top of a flight of stairs. Two windows, each with muqarnas hoods, flank the pointed archway and pierce the north facade. Further adorning the building’s main façade are bands of geometric ornament framing the two windows and outlining the mouth of the archway.

This main entrance gives onto the long prayer hall, which is divided into three aisles that are five bays long. Three of the bays on the central aisle are domed, including the bay before the mihrab. Four of the five bays comprising the two side aisles (east and west) have domes. The side aisles terminate on their north ends in a sixth bay, forming the chambers that flank the entrance iwan and from which the two ornate windows of the north facade open.

The kümbet is a tall cube adjoining the mosque-madrasa building on its east side. Surmounting this cube is a fluted conical roof that rests on an octagonal drum built of baked brick. The exterior of the drum preserves remnants of blue glazed tiles in the form of a geometric band and geometric fillings in the blind arches on each face of the drum. These striking  decorations give the madrasa its name.

The structure is inaccessible from the outside, having only windows on its north, south and east walls. It is accessible only through the prayer hall of the mosque-madrasa, where an archway cut into the east wall of the east side aisle's northernmost bay communicates between the two structures. 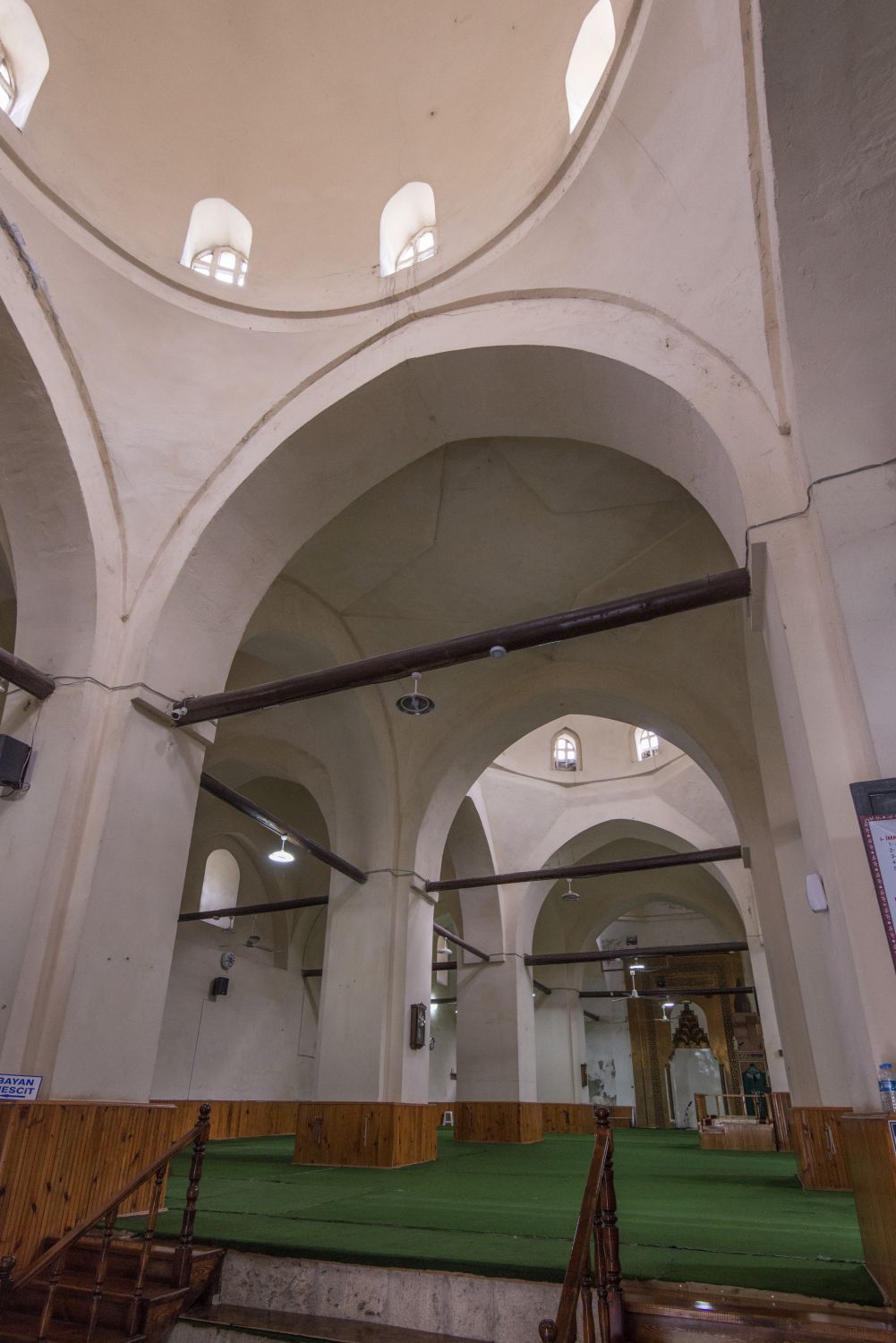