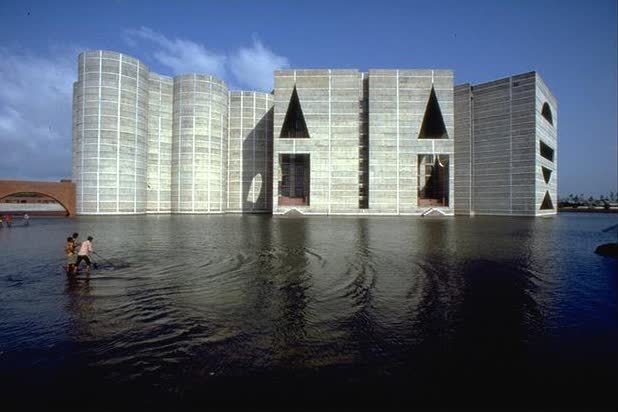 Share
Recipient of the Aga Khan Award for Architecture in 1989.
Clear in form and composition, powerful in scale and siting, this building is widely considered a masterpiece. The architect drew upon and assimilated both the vernacular and monumental archetypes of the region, and abstracted and transformed, to a degree of utter purity, lasting architectural ideas from many eras and civilisations. The core of the composition is the assembly chamber, a 300-seat, 30-meters high, domed amphitheatre and the library. These spaces alternate among eight "light and air courts" and a restaurant, as well as entrances to the garden and mosque. Built of rough-shuttered, poured-in-place concrete, the walls are inlaid with bands of white marble. The jury noted that the architect has produced a building that "while universal in its sources of forms, aesthetics, and technologies, could be in no other place."