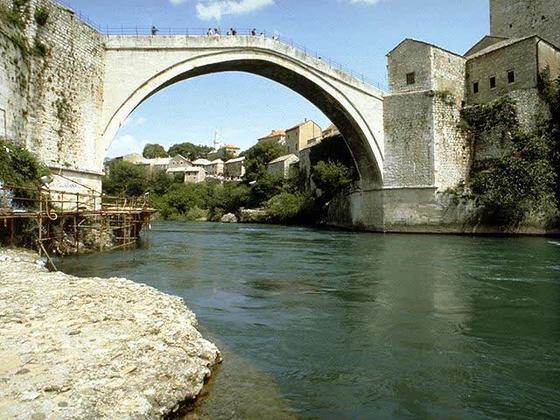 Share
Recipient of the Aga Khan Award for Architecture in 1986.
By the 1960s, the 16th-century historical core of the town of Mostar was physically deteriorated and commercially stagnant. It has since become revitalised and reactivated as a thriving business centre. Stari-Grad, the agency in charge of this restoration project, is a semi-autonomous organisation approved and subsidised by the Ministry for the Protection of Monuments and Nature of the Republic of Herzegovina in Sarajevo. Beginning in 1977, Stari-Grad spent three years documenting the historic centre. Subsequently it has undertaken the restoration of the river embankments, a 16th century Ottoman tower and bridge, a 17th-century clock tower, two mosques, a madrasa, private houses, a tannery and shops that date back to the 18th-and-19th centuries. The jury noted that the rehabilitation of this wide variety of building types "has been handled in an exemplary manner. All the restorations fit well into the general atmosphere of the old town and its homogeneous appearance is not disturbed; nothing is overdone or touristic."