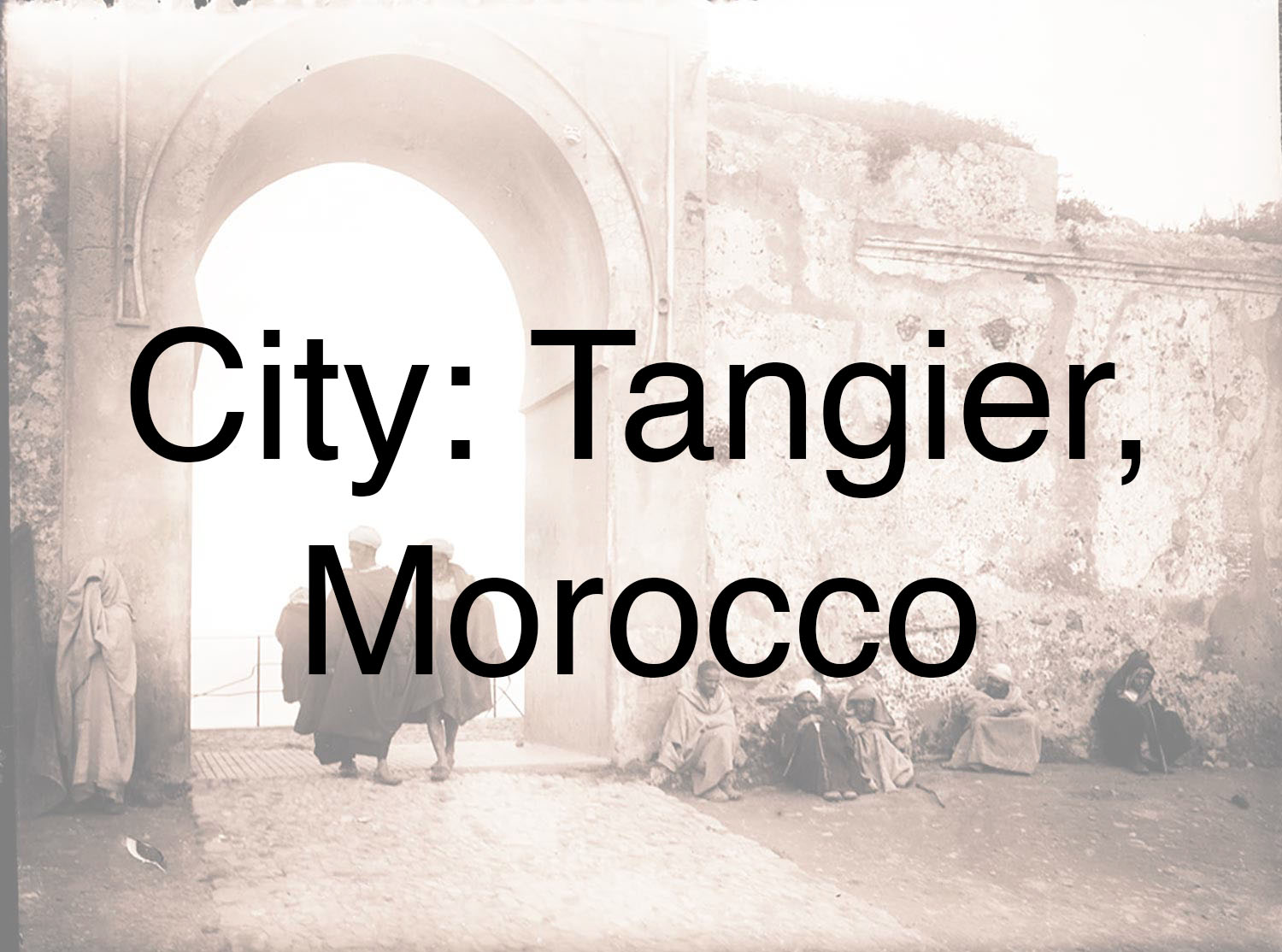 Mohamed El Mansour argues that the Roman name for the city, Tingis, has Amazigh (Berber) origins, and that it is likely that the area was settled well before the Phoenicians and Carthaginian settlements, though many histories of the city start there.  The Umayyad conquest in 707/88 AH brought Islam and 700 years of Arab rule to city until the Portuguese conquered in 1471/871 AH. The walled city city that was Tangier dates to Portuguese rule and after.  Nothing significant remains of the earlier settlements.  The city didn't expand substantially outside the walls until well into the modern era.

For roughly the next 213 years sovereignty over Tangier would be determined by European affairs. When Portugal itself came under the sovereignty of the Hapsburgs of Spain in 1580/988 AH, so too did Tangier, at least nominally.  Spanish sovereignty lasted roughly 60 years before the city was once again under Portuguese rule.  Portugal ceded Tangier to the British in 1661/1071 AH as part of the dowry of Catherine of Braganza.  The British departed in 1684, destroying most of the town in the process.  The Qasba, the administrative center, occupies the highest point of the city, and the Medina descends downward to the Port on the Bay of Tangier to the east of the city.

After the British departure, Pasha Ali Ben Abdallah a-Riffi (1684-1713/1095-1125 AH) occupied the city and saw to it's restoration.  His successor, Though it had only about 5,000 inhabitants, in the early 19th century it was established it as the primary diplomatic and foreign trade center between the Morocco and foreign powers. Most foreign powers had their diplomatic representations in the Beni Idir quarter, until they moved outside the city walls when the city came under Spanish control through the Treaty of Algeciras.  Though Tangier never had a Mellah, or Jewish quarter, as did other Moroccan cities, Beni Idir was where most of the synagogues were.  Yet the Great Mosque sits just at the edge of this quarter, and Tangier is also the only Moroccan city to have a church inside the walls of the medina while under Muslim rule. The terms of the treaty placed Northern Morocco under the Spanish authority and the rest of the country under the French.   The Treaty of Fez in 1911 made the Northern Morocco, including Tangier, a formal Protectorate.  In addition to moving their diplomatic representations out of the Medina into large new buildings, they also build schools, churches, hospitals, and other facilities.

After the First World War, to settle disputes over control over this strategically located city on the Straits of Gibraltar, an international convention signed in Paris on December 18, 1923 made Tangier a neutral demilitarized zone under joint administration of France, Spain and Britain.  Subsequent agreements between 1923 and 1929 brought Italy, Belgium, Portugal, and the Netherlands into the convention. Immigration from Spain increased considerably during the Spanish Civil War, and the city became a center for intrigue and espionage during the World War II.  Spanish troops occupied Tangier when Paris fell to the Germans, and remained until the end of the war.  The city remained international zone until after Morocco gained its independence and the city was reincorporated into the nation.

The city is expanding rapidly, moving many industrial and commercial activities away from the center of town.  For several decades through the 1990s much of the construction related to this expansion was haphazard and inadequately regulated.  Recently the city has seen a significant transformation.  Monuments have been restored, public cemeteries cleaned up, high walls around open spaces removed, parks developed, and the transportation infrastructure is being upgraded. Tangier is in an active seismic zone, and constantly buffeted by winds and the unpredictable weather of the Straits of Gibraltar.  The soil under the city has taken it toll on some of the important historic structures, most notably the north wall of the Qasba, including the the Donjon of Ali al-Riffi and Bab al-Bahar

In recent decades a considerable increase in investments from the central government and the private sector have led to many changes, particularly in transportation and tourism. As M   puts it, "Tangier had been reinventing itself since the late 1990s as the northern gateway to Morocco and even to West Africa, and as a vigorously promoted venue for the tourist and conference industries."1  In 2007 construction began on Tanger Med, a major new commercial port outside of town to route commercial shipping away from the port on the bay at the base of the Medina, and the relocation of the city's main train station so that the tracks no longer run along the beach front. The port in the city is being upgraded and transformed so that fishing boat, ferries and cruises from Europe, and yachts or leisure boats are in separate areas.  There are also plans to build a 27.7 km tunnel from Punta Paloma in Spain to Cape Malabata. 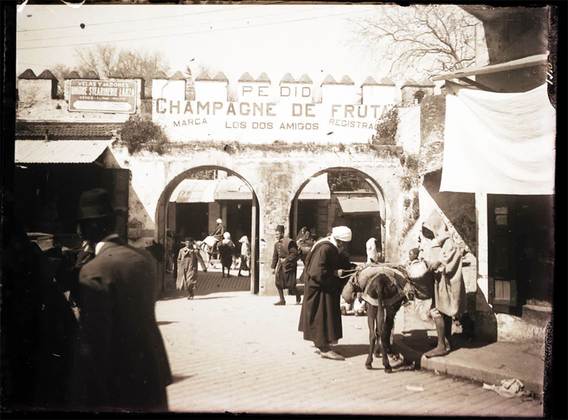 Share
A gate on rue d'Italie, just beyond Bab Fahs, into Zocco Chico, composed of two arches of equal size.