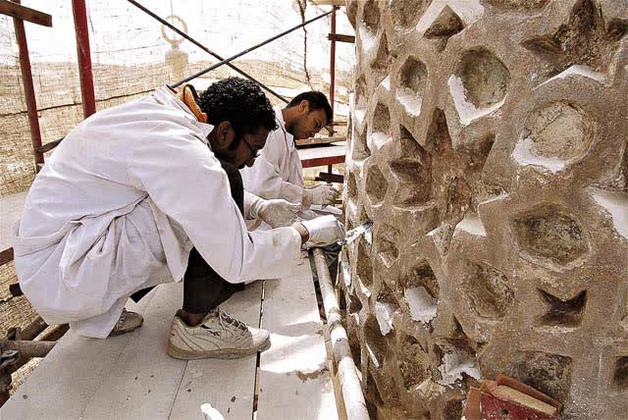 The successful reconstruction of the minarets signalled the potential for social change brought by conservation and was followed by the complete conservation of the Umm al-Sultan Shaaban Madrasa and Mosque while the Khayrbek complex was restored and conserved. After restoration was completed in 2006, Umm al-Sultan Shaaban Mosque was returned to its original function and is currently being used as a mosque for the community. The madrasa spaces, neglected and empty before the conservation project, also provided an excellent reuse option for community-based activities. Agreements between AKTC and the Supreme Council of Antiquities were signed in order to reuse these edifices and hence bring life to them and revive their functional integrity, paving the way for many other organizations to follow this example. The reuse integrates the ‘monuments’ into their context and offers a variety of possible functions in the building that encourages local groups to use them and also to take care of their maintenance. As restoration work could not be complete without looking after the environmental needs of residents, conservation of individual monuments was closely followed by infrastructure and urban upgrading of its context. 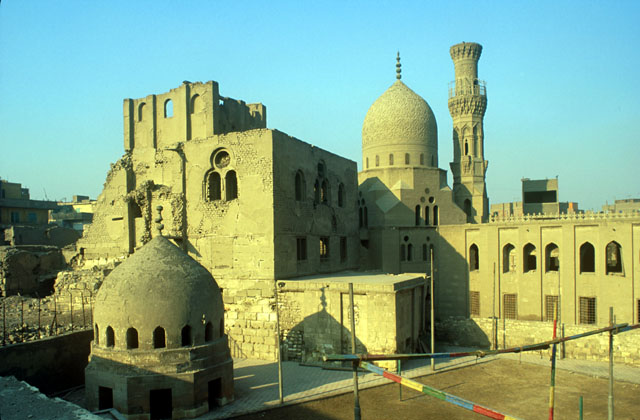