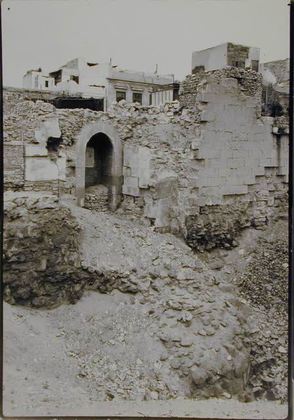 The Bab al-Mudarraj, built in 1183-4, is one of the two original gates of the Citadel. The greatest tower in these ramparts is Burj al-Zafar, probably built between 1176 and 1192. The Burj al-Ramla and Burj al-Haddad belong to a group of towers built along the ramparts of the northern enclosure of the Citadel in 1207 under the reign of al-'Adil and during the viceroyship of al-Kamil. These stone fortifications provide an excellent example of Muslim military architecture from the age of the Crusades.

Lyster, William 1993. The Citadel of Cairo: A History and Guide. Cairo: The Palm Press.