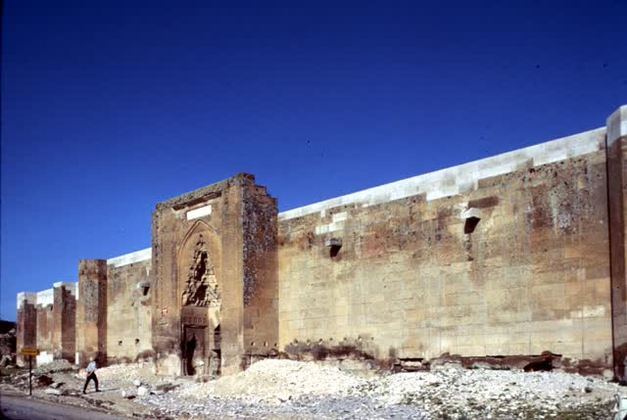 Share
As the Seljuk empire grew in the twelfth and thirteenth centuries, it came to control important trade routes in central Anatolia. There were two main routes, one east-west from Persia to the Aegean Sea and the other north-south from the Black Sea to the Mediterranean through the Seljuk cities of Samsun, Kayseri, Konya, and Antalya.

Despite the regional Seljuk control, travel was still difficult and dangerous. Whether by a caravan of 400 camels or a party of only a few donkeys, all travelers needed a safe place to spend the night. Because of this, caravanserais were built every 30 km (one day's journey) along the trade routes. The buildings were open to any traveler, and while the most basic of the khans comprised of lodging for people and stables for their animals, fresh water, and a masjid, many also included baths, markets, kitchens, blacksmiths, and an infirmary.

Services of a caravanserai were free, paid for by foundations and wealthy patrons. The most spectacular Seljuk "Sultanhans" are royal khans sponsored by the sultans of the thirteenth century. As way-points along trade routes, caravanserais are not typically associated with towns. Instead, they were built as fortified structures with high stone walls, no windows, and only one entrance. The layout is typically a courtyard surrounded by rooms along the walls, and an adjoining closed hall for protection from harsh Anatolian winters. Larger Khans included a masjid in the center of the courtyard, while others incorporated the masjid into the walls over the main entrance.

Seljuk Caravanserais were decorated at the main portal and the portal to the covered hall, as well as the masjid. The Seljuk style incorporated highly geometric patterns, stylized inscriptions and animal motifs. 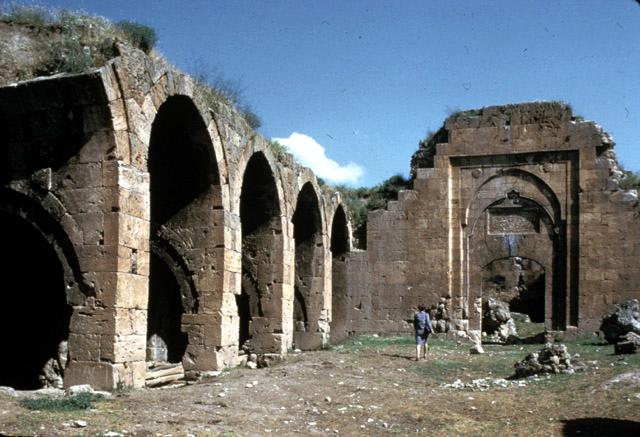