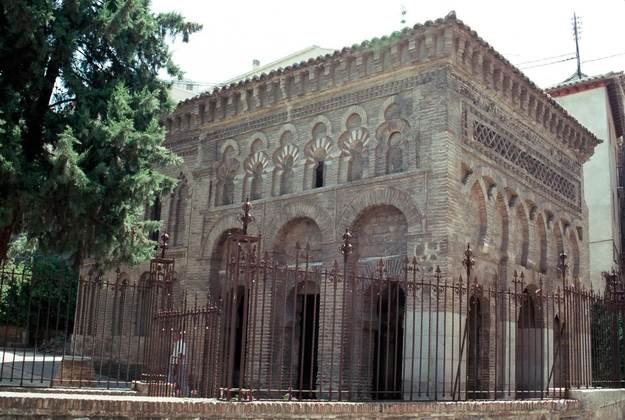 Share
The mosque of Bab Mardum, now the church of Cristo de la Luz, was built around 999-1000 in the city of Toledo. Its square plan is composed of nine bays, each with a ribbed dome, supported in the center of the plan by four spolia columns. This type of nine-bay domed plan is significant but poorly understood, though many other examples were constructed between the eighth and twelfth centuries and beyond throughout the Islamic world.

In common with the other examples of its type, the Mosque of Bab Mardum has three triple-arched brick facades, and the foundation inscription appears on the southwest facade. The ornament of the exterior facades is articulated in brick, consisting of blind intersecting arches, niches, and geometric patterns.

The apse was added after the conversion of the structure into a church following the Christian conquest of Toledo in 1085.