Share
The Alhambra, one of the most visited historic sites in the world, was the fortified palatine city of the Nasrid rulers of Granada. The complex's architectural and decorative programs have remained relatively intact since the fourteenth century, and as such are an important source of information about medieval Islamic palace architecture and its connections to classical and Mediterranean traditions.

Founded by the first Nasrid sultan, Muhammad I, who came to power in 1232, the complex underwent frequent additions and changes during the thirteenth and fourteenth centuries. Its walls enclosed a fortress, baths, mosques, industries, and a number of palaces and gardens.

The palaces of the Alhambra are famous for their rich decorative programme, exemplified by elaborately carved stucco, intricate glazed tile dadoes and woodwork (especially complex muqarnas vaults) and an extensive cycle of poetic inscriptions that are intimately connected to the architecture.

In 1492 the Spanish Catholic Kings conquered the Nasrid kingdom and appropriated the Alhambra complex. In the first half of the sixteenth century Charles V built a palace within its walls, necessitating some destruction of the Nasrid palaces, gardens and burial grounds to accommodate the new structure.

Restoration of the palaces of the Alhambra, which continues into the present, was begun during the nineteenth century, when the complex captured the imaginations of artists and writers associated with the Romantic movement. 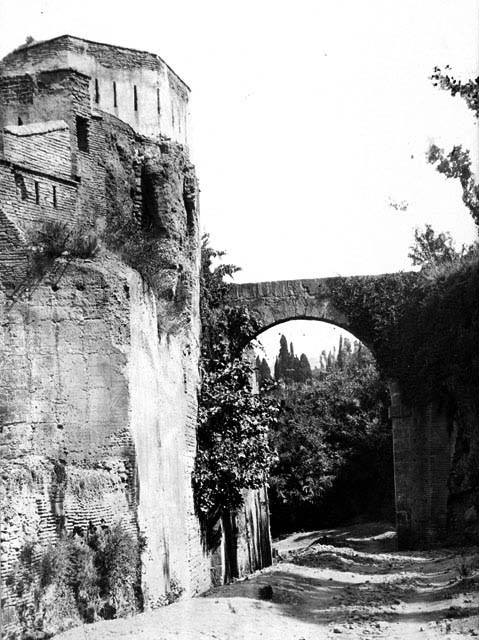