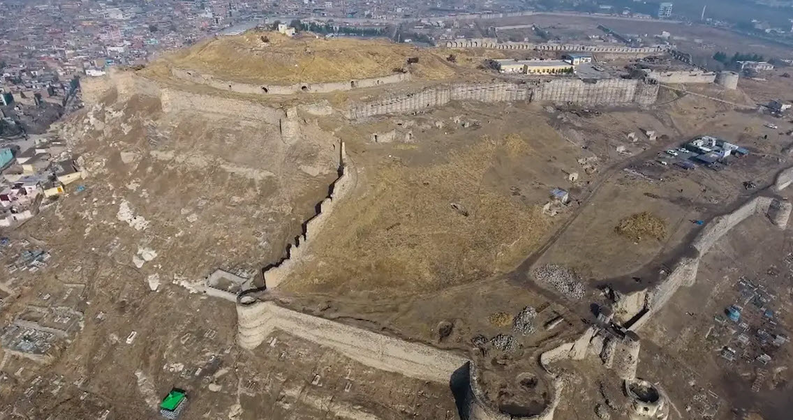 The Bala Hissar complex, an iconic historical military base, embodies one of the most significant surviving historic structures and landscapes within the center of Kabul.

Whilst the early origins of the Bala Hissar are still largely unknown, it is probable that a defensive or military settlement in some form has been present on the site as early as the pre-Achaemenid period (Bronze Age). During the first Anglo-Afghan war, a British force was garrisoned in the Bala Hissar to guard Shah Shuja, who had been installed as a compliant ruler. Following an uprising by rebels and the retreat and massacre of British Indian and Sikh forces in 1842, a punitive raid was mounted by a British expeditionary force, in what contemporary literary references termed the ‘War of Retribution’, under General Roberts, who razed much of the settlement in the lower enclosure, after which part of the upper citadel was destroyed by a munitions explosion before withdrawing to India. Almost 40-years later, the then Afghan ruler Sher Ali Khan was suspected by British politicians of seeking an alliance with Russia, which prompted an invasion and the start of the second Anglo-Afghan war (1878-1879).

Along with the historic walls, this building was badly damaged during factional fighting that raged through this area in 1993/4. Most of the ruined structures were razed during the late 1990s. Whilst many of the internal structures of the Bala Hissar have been demolished or long since collapsed, much of the external defensive walls and towers on multiple elevations within both upper and lower sections of the citadel survive in varying states of disrepair and collapse. Historical neglect, extended periods of interfactional fighting, changes in occupation and use, and indifference to the importance of the monument and its setting has resulted in the current fragile state of the historic fabric. Therefore, during 2018 and 2019, the Aga Khan Trust for Culture (AKTC) managed to secure resources to conduct some emergency stabilization activities, specifically on the dominant northeast tower and the interconnecting east and north elevations, which were on the verge of imminent collapse. The remaining structures of the citadel also require considerable attention but within a less pressing timescale.

The conservation by AKTC aims to undertake vast archaeological studies and investigations providing essential information required for the successful implementation of emergency conservation in the Bala Hissar, whilst also potentially providing additional insights into the origins of the Bala Hissar’s foundation. Whereas, unearthed artifacts will be cleaned, prepared, and transferred to the National Museum of Afghanistan for further preservation/public display. In addition to the archaeological study, provisions have been made towards the establishment of a multipurpose ‘visitor center’ within the site enabling better access for visitors and effective management of the site as a ‘Heritage Park’ in the future. The long-term project would eventually see the whole Bala Hissar complex rehabilitated as Kabul’s largest public managed open space and the city’s first designated ‘Heritage’ or ‘Archaeological Park’.