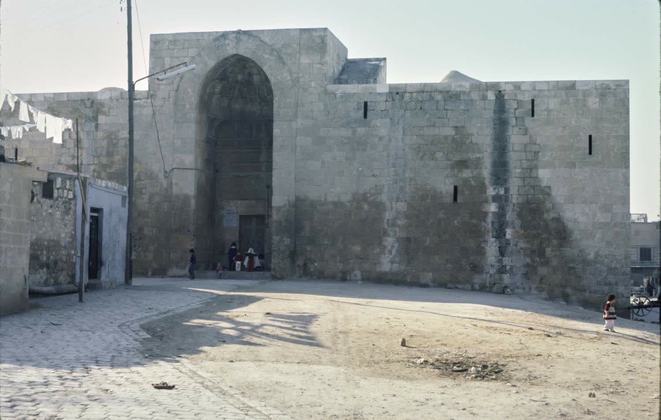 Share
Al-Madrasa al-Zahiriyya is located between the Kamiliyya and the Firdows madrasas, about 500m south of Bab al-Maqam. It was built by the Ayyubid sultan al-Malik al-Zahir Ghazi in 1217.
The building is entered through a large, muqarnas vaulted portal on its north side. This portal opens onto an arcade on the north side of an oblong courtyard. This arcade is mirrored on the south side by a tripartite arcade that gives onto a prayer hall with three bays, each domed. In the southeast corner of the complex, off the prayer hall, is a domed mausoleum. A wind catcher (malqaf) was built above this chamber to provide ventilation.
The east side of the courtyard is occupied by a large, deep iwan rising the height of two stories. The west side is occupied on the south side by a three-domed study hall and on the north by small cells on two floors that served as residential quarters.
Sources: