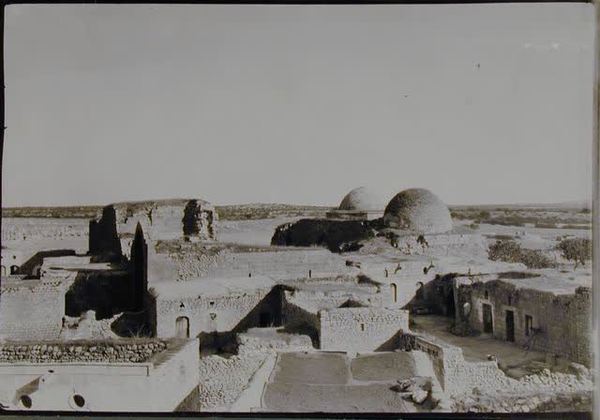 The Kamiliyya Madrasa is located outside the medieval city walls of Aleppo, situated about 300 meters south of Bab al-Maqam. Medieval sources date the construction of the madrasa to 1230-1237/627-634 AH and credit Fatima Khantun, daughter of Ayyubid sultan al-Malik al-Kamil (d. 1238/635 AH), with ordering its construction.1

The building takes the form of a rectangular complex centered on a square courtyard. One enters via a muqarnas-vaulted portal located on the western end of the north side of the building. This portal gives onto a long, vaulted corridor running south down the western side of the complex, then turning at a right angle to run east onto the courtyard.

The courtyard has a small octagonal basin at its center. Three archways lead to a domed prayer hall on the south side, flanked on its east and west by domed mausolea. A large iwan opens opposite the prayer hall on the north side. The west side contains dormitories on two levels. At the time that the first plans of the madrasa were made, the east side of the courtyard was in ruins, so its plan is difficult to reconstruct.2