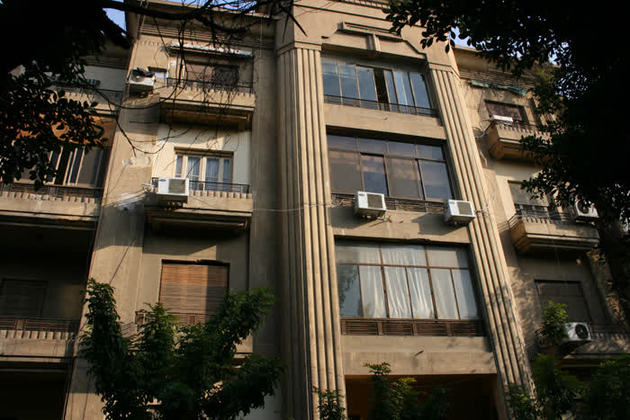 This three-storey building, situated between Salamlik and Salsoul streets in Garden City, was designed by Adib Wahba.

The facade on Salsoul Street presents one prominent central section flanked by two volumes, the height of which decreases towards its two lateral ends. The central “avant-corps” is opened with longitudinal windows and contains fluted engaged pillars.

The facade on Salamlik Street has an over-sailing central part built out with two rows of windows delimited by fluted engaged pillars.

Adib Wahba features in his design an ornamental simplicity defined by pure lines and offers a refined interpretation of Art Deco with an elegant frieze under the cornice, also integrating Neoclassical elements such as fluted columns.