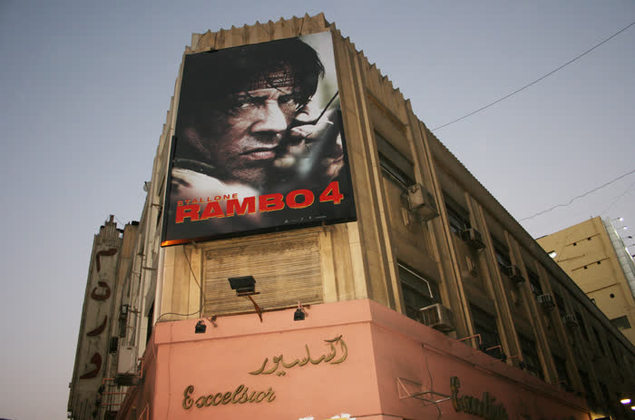 Share
The Metro Cinema is situated in downtown Cairo at 35 Talaat Harb, formerly named Soliman Pasha Street. The movie theatre was inaugurated in 1939 with “Gone With the Wind”.
It was designed by New York architect Thomas W. Lambs, working in collaboration with three local architects: Gaston Rossi, Paolo Caccia Dominioni and Victor Salama.
Italian architectural participation in the development of Egypt is notable between the second half of the nineteenth century and 1936. In this context of continuing cultural exchanges, the Metro appears as a symbol of luxury and streamlined modernity. Indeed, it was the first cinema in Egypt to have air conditioning.
Located on a corner site, the building features triangular and horizontal volume with rectangular openings to geometrically adorned exterior. Directly inspired by industrial architecture, the clear and simple line of the design represented technological advances and new architectural solutions. In 1940, it became the meeting point for Cairene cosmopolitan society with its screening room of 1527 carpeted seats and various stores.
The interior decor was elaborated with high-grade materials, mahogany and cast-iron, exceptionally used for programmes such as cinemas or monumental constructions. Here, there is a contrast between an abundance of interior design and a simplification of architecture volumes.
In May 1947, a bomb exploded, killing several people and a few years later, in 1952, the initial cinema was destroyed by fire. It was re-built with a new interior inspired by the African Savanna and African masks, which remains the actual interior decoration.
Author: Lobna Montasser
Sources: