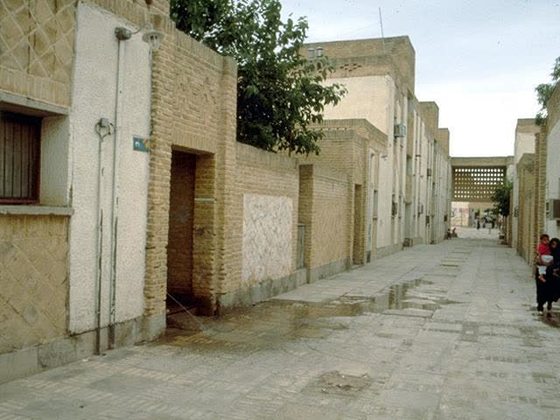 Share
Recipient of the Aga Khan Award for Architecture in 1986.
The inhabitants of this satellite town are the employees of a sugar processing concern nearby. This company's long range plans are to provide its workers not only with individual row housing, but with communal facilities and infrastructural services, to include a shopping centre and bazaar, a mosque, a community and cultural centre, a school, sports facilities, a bus station and a bridge to the old town across the river. The development is intended to revitalise the old town and to accommodate expansion generated by industrial growth in the region. The project was planned in five stages, to have been completed by 1985. Construction was started in 1976, and most of the first phase, comprising housing for about 4,000 inhabitants, was completed by 1977. Political unrest in 1979 disrupted the work. During the hiatus in construction, squatters and refugees moved into the complex, overcrowding and straining its infrastructure and resources. The work is currently ongoing depending on the availability of funding.