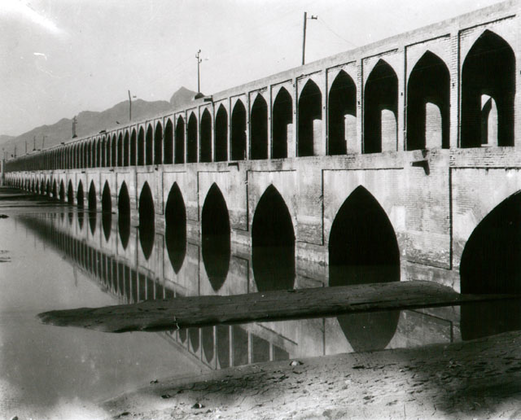 Robert Byron (1905-1941) was a noted British traveler, art critic, and author trained as a Byzantinist. Byron is often credited with introducing an educated reading public to the importance of Islamic and Byzantine art. His most celebrated work, The Road to Oxiana, is an account of his journey through Iran and Afghanistan in 1933-1934. Also a talented photographer, Byron thoroughly documented the buildings (many now altered or destroyed) about which he wrote. His photographs now comprise an invaluable resource for the study of Islamic architecture and offer a rich visual companion to his writings. The Conway Library at the Courtauld Institute of Art in London has generously granted Archnet the rights to publish a selection of Robert Byron images, documenting numerous Seljuk, Timurid, Safavid, and other Islamic monuments in Iran and Afghanistan.