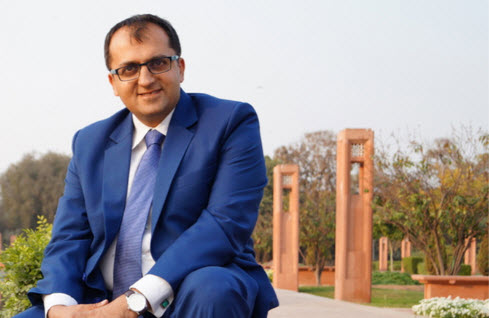 He heads the team which oversaw the garden restoration work at Humayun’s Tomb in Delhi, completed in March 2003. This was also first privately funded restoration of a World Heritage Site in India, undertaken by the Aga Khan Trust for Culture (AKTC) and the Archaeological Survey of India (ASI), under the National Culture Fund.

Ratish completed architectural studies with a Gold Medal in 1995 from the School of Habitat Studies, Delhi followed by an MA in Conservation Studies from the University of York, UK in 1998.

In 2007, Nanda was awarded the Eisenhower Fellowship. He has also received the Sanskriti Award for Socio-Cultural achievement, Prince Claus fund Urbanhero title, Aga Khan Foundation international scholarship, and the Charles Wallace Conservation Fellowship. He has served as a member of the Delhi Urban Arts Commission (DUAC) in the years 2008-11 and has been listed amongst 50 most influential young Indians by India Today magazine in 2006.

Ratish has authored over 100 articles and given a similar number of public lectures in India and abroad.