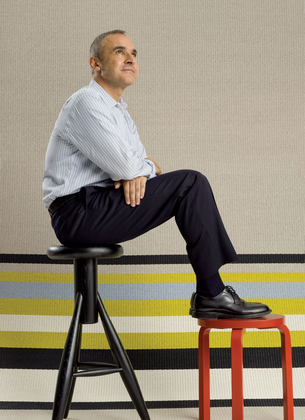 Ali Tayar (b. 1959, Istanbul; d. 2016, New York City) was a modernist in the purest sense. Born in Turkey, he attended the German high school in Istanbul before being trained first as an architectural engineer in Stuttgart then as an architect at the Massachusetts Institute of Technology (MIT) in Cambridge. Reflecting this dual training, Tayar’s body of work was informed throughout by the parallel structural thinking in architecture and engineering. (Tayar’s professional office was called Parallel Design, referencing both the iconic architect’s tool of the parallel drafting bar, but also the parallel practices of architecture, interior design, and product design as viewed through the lens of structural engineering.)

This dual or parallel philosophy was realized in Tayar’s work in two significant ways: a life-long preoccupation with a flexible, modular kit-of-parts; and the application of this flexible module at all scales — from the smallest candle holder to large, multi-use buildings.

The Flexible Modular System: through his German, engineering-based training, Tayar’s design thinking was strongly informed by a strain of Modernism that favored the rational and tectonic over the subjectively expressive (a preference which often goes against the grain of the design modes favored by his contemporaries). It is a language of articulated structural and non-structural parts, definition through juxtaposition of different materials, and form-making by discrete, additive elements for a rational whole. The goal was to create a robust and flexible system, achieved as much as possible with prefabricated, modular parts that can be configured in various combinations.

Furniture as Building / Building as Furniture:  a second fundamental tenet of Tayar’s work is the application of the flexible modular system at all scales. Tayar designed his furniture as mini-buildings, with the same structural logic and articulation of materials as any inhabited structure. Conversely, his architectural interiors and buildings have the same preoccupation with standardization and repetition of parts that echo the best of his product designs.

All of Tayar’s finest work combines these two guiding precepts to produce complex yet structurally and materially clear masterpieces, from Michael’s Table to the Block Island House. Tayar purposefully kept a small office and a smaller list of clients, who often came back to Tayar with new commissions. Perhaps his most significant client was the owner of USM, the Swiss modular furniture company. Fritz Haller, the midcentury Swiss modernist, designed not only the iconic modular furniture system for USM, but also the company’s factory and its owner’s residence according to the same set of structural principles. Following in Haller’s footsteps, Tayar designed a hotel interior, a loft, and a carbon-fiber house for USM’s current owner, as well as custom and mass-produced furniture for the company itself. These projects exemplify Tayar’s characteristic strengths: a deep feeling for the tenets of classical modernism and an exceptional talent for translating them into a fresh and cohesive design language of his own. 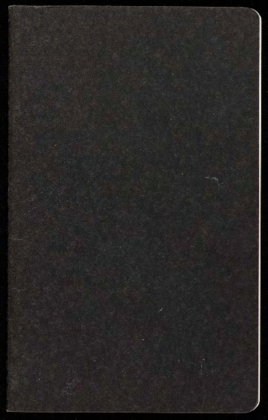 Description
Notebook containing sketches of ideas related to buildings, interiors, and furnishings. The phone numbers and addresses of clients have been redacted.
You may download the PDF on this page or view individual sheets here.