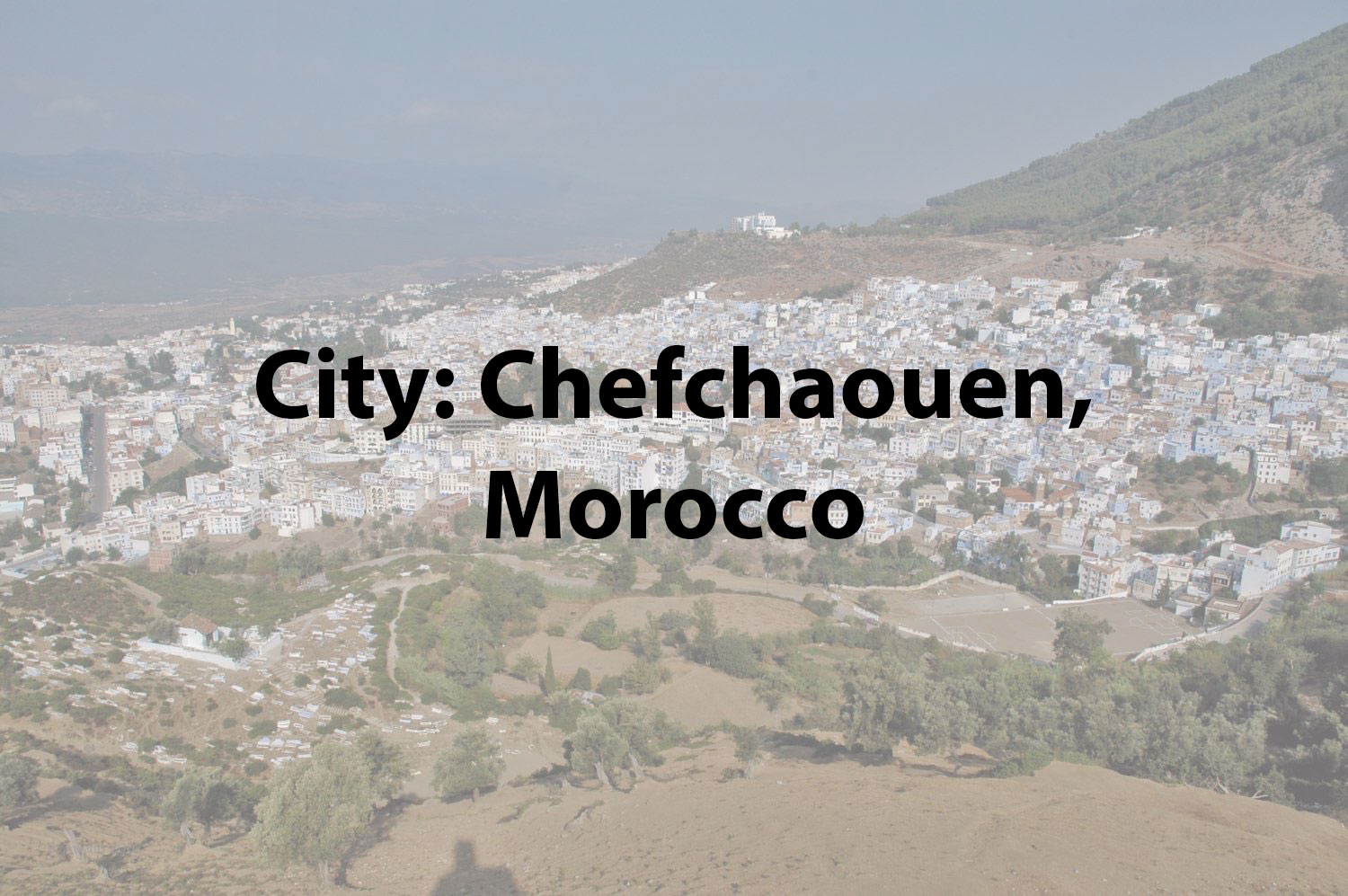 The name of the town Chefchaouen, or Chaouen, as it is more commonly known, means two horns and is a reference to the twin peaks of the mountain on which the city is built in the Rif Mountains, approximately 50 km due south of Tetouan, and 76 km southwest of Asilah.  Hassan ibn Muhammad al-Alami, better known as Abu Youma, first established a settlement in the area in order to launch surprise attacks against Portuguese incursions on the coastal cities.

When Abu Youma was killed during one of those attacks, his cousin 'Ali ibn Rashid moved the city across the river, building the Qasba that was, and is the nucleus of the city. The city was largely settled by immigrants from Andalusia, Muslim and Jewish, who fled the Iberian Peninsula between the fall of Granada in 1492 and the expulsion of the Moors in 1609.   They expanded the Great Mosque and built hammams, funduqs, and madrasas.

According to Naïma El-Khatib Boujibar the town is one of the most sacred cities in Morocco, second only to Moulay Idris Zerhoun, due to the large numbers of 'ulama who settled in the region, turning Chaouen into a

radiating cultural and religious centre which attracted the students, religious men, and scholars of the region and beyond.  It is therefore of no surprise to find in a town with such little space, a number of significant places of cult worship and prayer: eight mosques, one or two per neighborhood, non zawiyas, representing the country's leading brotherhoods, and many marabouts, such as (that of) the town's founder Mulay 'Ali Ibn Rashid who was particularly venerated by the surrounding populations.

It is also on the route to the tomb of Mulay 'Abd al-Salam Ibn Mshish, founder of the Almohad dynasty.  It was also the center of an independent principality from 1471/875 AH to 1560/967 AH that kept up continued onslaughts against the coastal cities.  During this time, it grew and thrived.  Hydraulic networks were installed and silk and wool-weaving workshops opened.  The principality lost its autonomy with the rise of the Sa'di Dynasty, but it's cultural and religious influence continued. As in many towns in Northern Morocco, most buildings within the walls are whitewashed, with the base tinted in blue.

The Mellah or Jewish Quarter was established in 1760.  In 1920 the Spanish occupied Chefchaouen and northern Morocco as stipulated by the Algeciras Accords. Though they were expelled by Mohamed Ben Abdelkarim El-Khatabi after only four years, they returned two years later and remained there until the end of the protectorate in 1956. 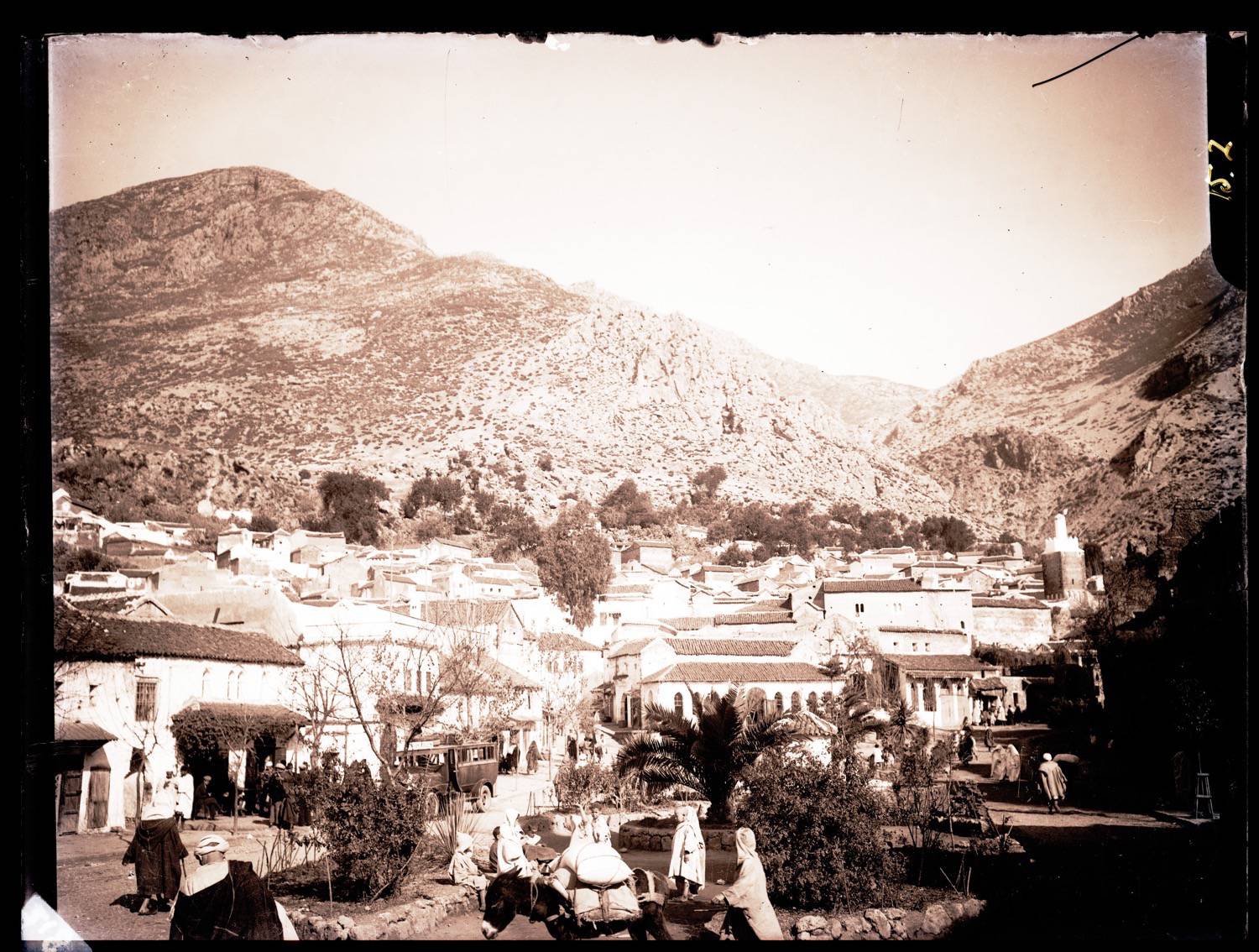