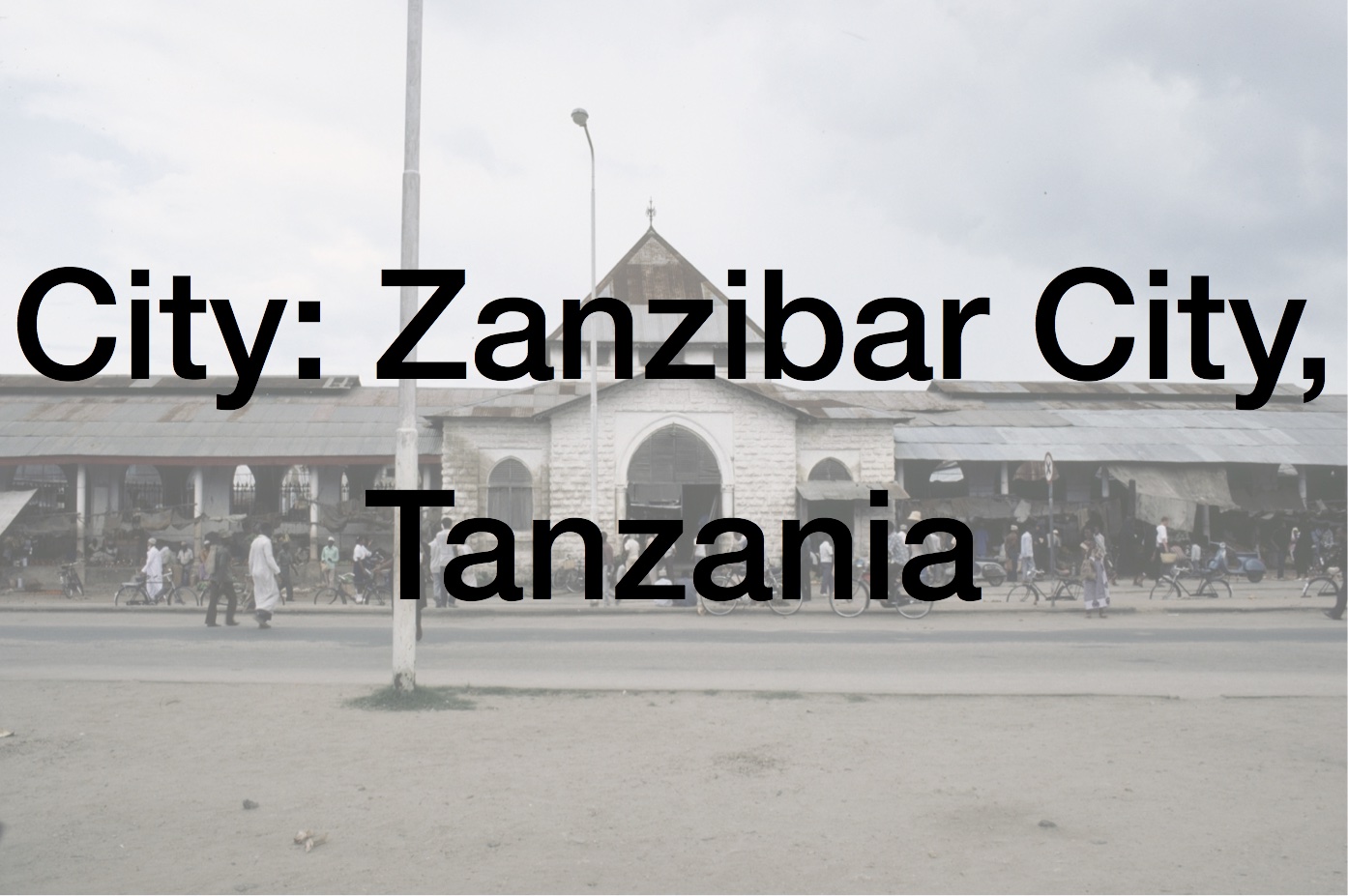 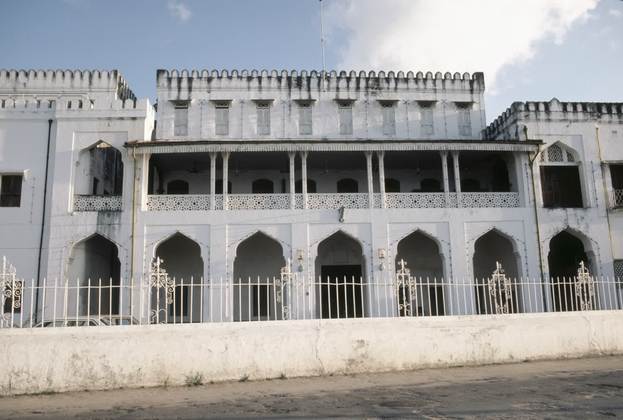 Share
The Sultan's Palace, later known as the People's Palace and now the Palace Museum, sits along the seafront on Mizingani Road between the Beit al Ajaib and the Old Dispensary. It is built on the site of an older palace, the Beit el Sahel (House of the Coast), constructed between 1827 and 1834 for Sultan Said.  Beit el Sahel was subsequently connected via covered passage to the Beit el Hukm (House of Government), later constructed behind it, and the Beit al Ajaib (House of Wonders) built in 1883. A lighthouse stood at the front of the complex.
The bombardment of 1896 completely destroyed Beit el Hukum and seriously damaged Beit el Sahel and the lighthouse. Beit el Hukum and the lighthouse were subsequently demolished, and a new palace was gradually rebuilt on the site of Beit el Sahel. A private house was built on the site of Beit el Hukum, which now serves as the offices of Stone Town Conservation and Development Authority.
In 1911, Sayyid Khalifa bin Harub became sultan and took up residence in the palace, now enlarged and embellished with a new facade. It is a whitewashed, three story building topped with crenellations built in the Omani style. The interior features marble floors, coral stone walls, and silver decorations. The building served as the Sultan's Palace until the 1964 Revolution, when it was renamed the People's Palace and was used for gatherings of the Revolutionary Council and stripped of much of its internal furnishings. In 1994, it was converted to the Palace Museum. The grounds include well-maintained gardens and a pair of cannons flanking the entrance, made in 1868 in Boston, Massachusetts.
Sources:
Bianca, Stefano & Francesco Siravo. Zanzibar: A Plan for the Historic Stone Town, 23, 26. Geneva: The Aga Khan Trust for Culture, 1996.
Finke, Jens. The rough guide to Zanzibar. London: Rough Guides, 2010.
McIntyre, Chris, and Susan McIntyre. Zanzibar, 194. Chalfont St. Peter: Bradt Travel Guides, 2013.
World Monuments Fund. "Current Watch Site: House of Wonders and Palace Museum." 2014, accessed March 26, 2015. http://www.wmf.org/project/house-wonders-and-palace-museum.