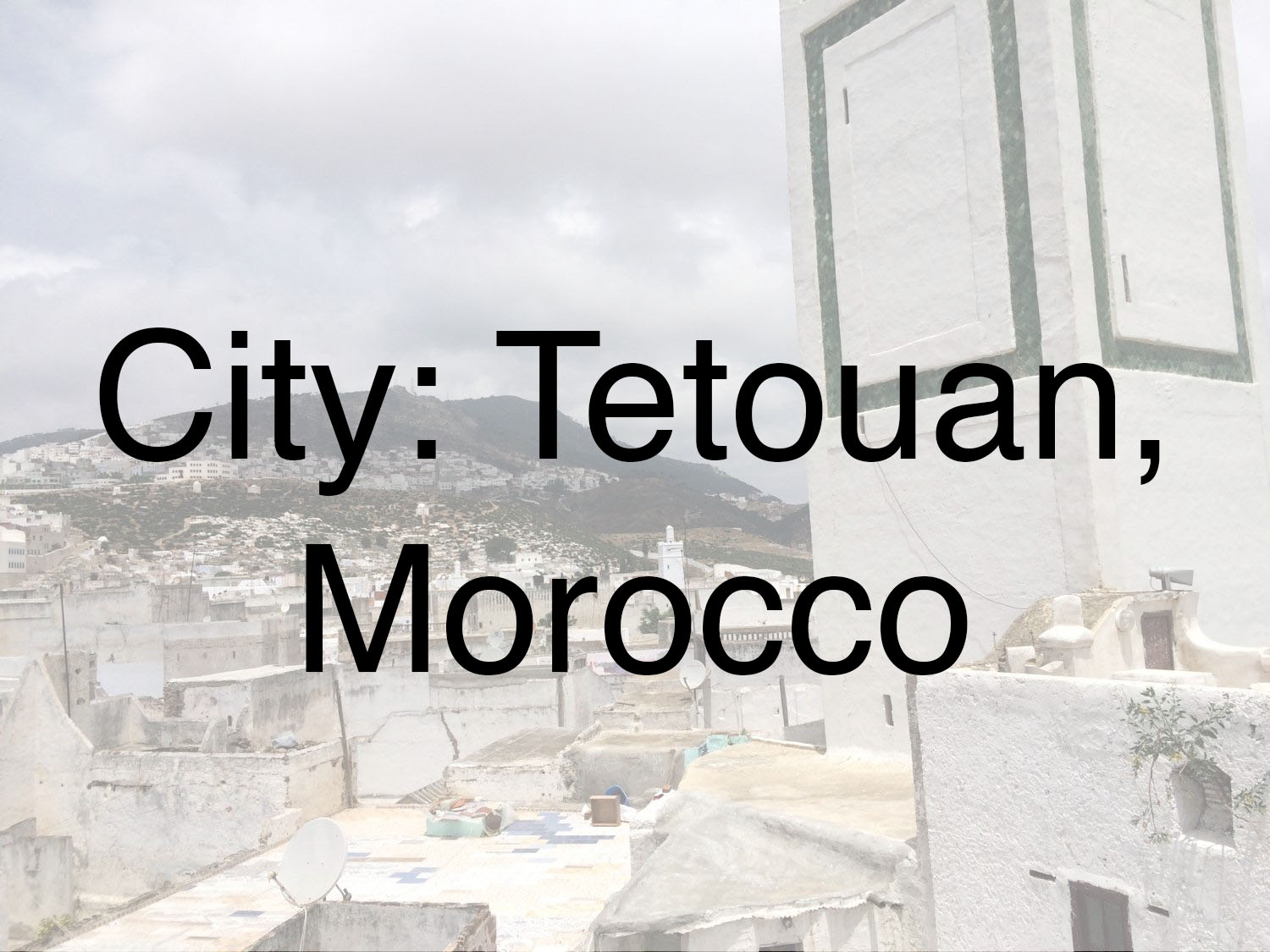 Tetouan is located in the Rif mountains of northern Morocco, just over 60 km east of Tangier and 225 km northwest of Rabat.  The area has been inhabited at least since the Roman era, as evidenced by the ruins of the Roman city of Tamuda located nearby.  The medina of Tetouan is approximately 10 km from the Mediterranean Coast.  Fortification have existed in the area since the 8th century onwards. The town as it exists today rose to prominence with the arrival of Andalusian refugees expelled by the Spanish in the 11th century. 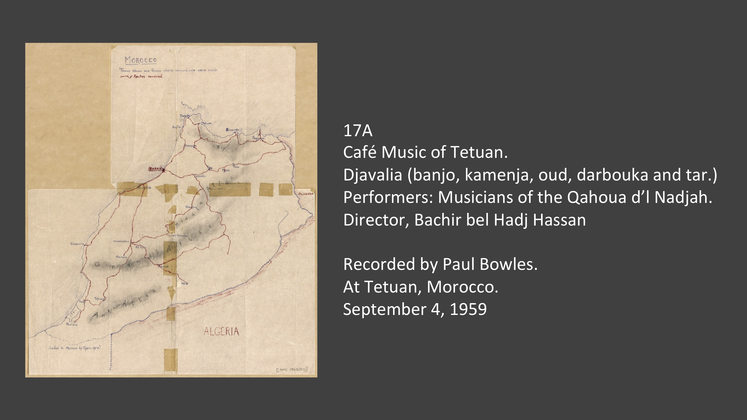 A problem in identifying and recording Moroccan café music is the placing of each section in its proper category. One knows of any given material as one records it that it is café music, but what was it before being adapted to Café purposes? Often it is impossible to get adequate information. Bachir bel Hadj Hassan Bacali, the proprietor of the Qahoua d’l Nadjah, was originally a garage mechanic who loved music. One day, some two years ago, he decided to devote himself wholly to music. His two-story café in the Medina of Tetuan is rather like a museum of usable instruments; they hang all over the walls, and he himself has attained a remarkable proficiency playing most of them.

Like most musicians in Morocco who are untrained but who have an urban background, he favors innovation; this generally implies of forsaking of the melodic and rhythmic materials of Morocco for those of Egypt, and in certain instances, (Bacali’s own composition Ya en Nass Khaïf, 18A, no. 3, and Rax el Atlas, his arrangement of a popular song by Abdelqader Arrochedi,* 17B no. 2,)* the material is hybrid. But the fact that it was possible to get such selections from him and his group as the Djavaliya  on this real, for example, is testimony to his basic sympathy with traditional Moroccan music.

Note:  It should be added that the folk material from which the music of 17A,  17B,  and 18A springs is that of the Djebal whose musical capital is neither Tetuan nor Arcila,  but a fairly inaccessible place about halfway between them called Beni Aroz.

* Which in turn is a modern version of an old, well-known folksong.