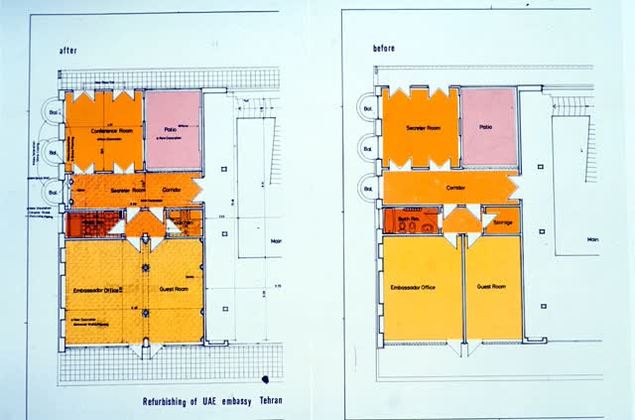 Share
Renovation and interior design of a 1960's residence to serve as the Embassy of the United Arab Emirates in Teheran. The designer has employed traditional Iranian motifs such as mirror-, metal-, and wood-work.