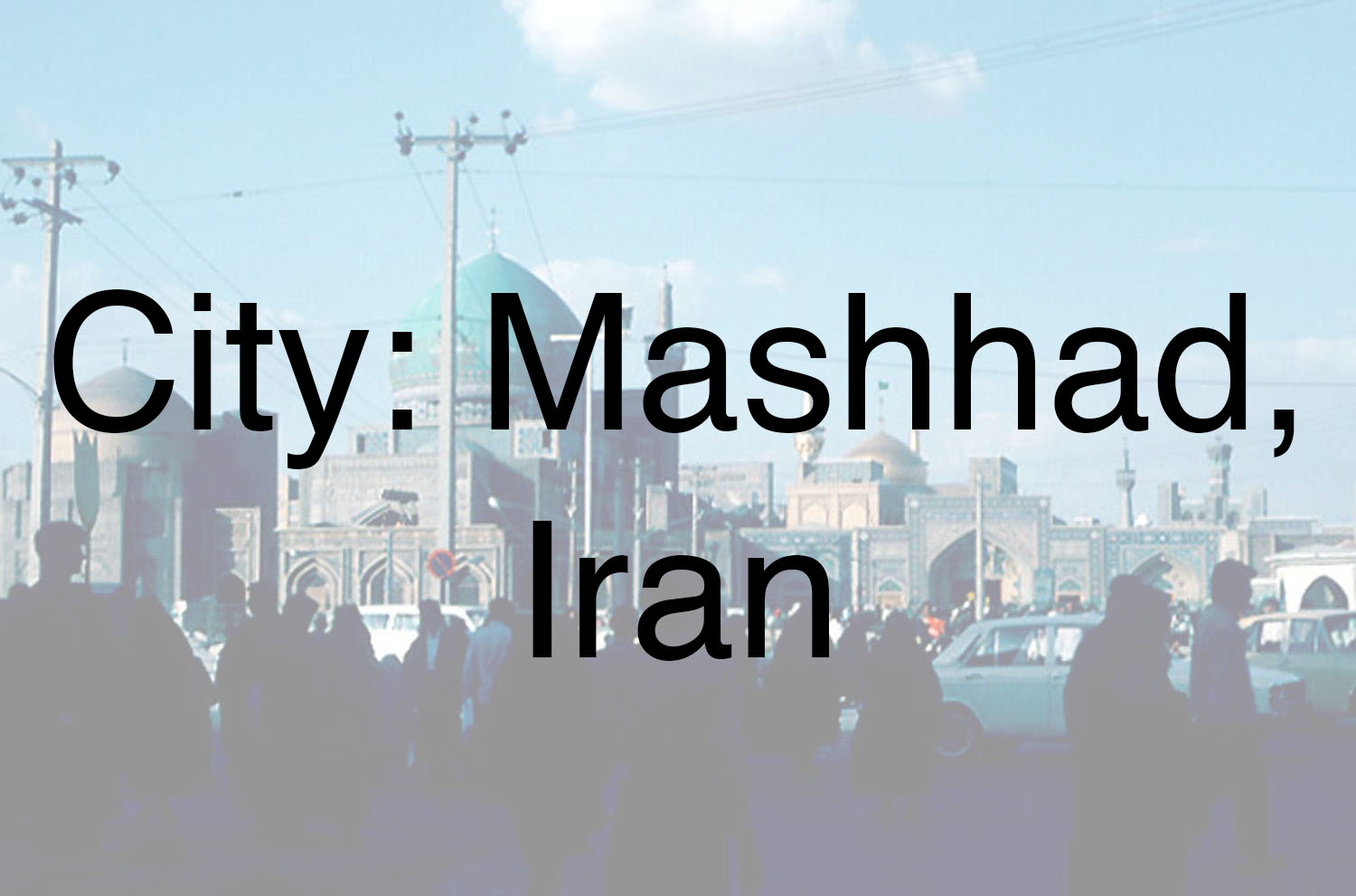 Mashhad is the second most populous city in Iran, and a major center of pilgrimage. 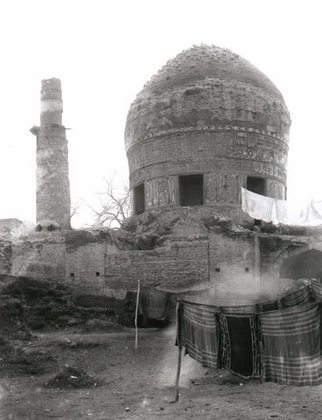 Share
Built in 1451, the Masjid-i Shah is located in the vicinity of Bazar-e Bozorg, approximately half a kilometer south-east of the Imam Riza Shrine precinct. It is widely believed that the Timurid Amir Ghiyath al-Din Malik Shah was responsible for its construction. According to some historical references, however, the Masjid-i Shah was originally built as a tomb for the Malik Shah who died in 1426, one quarter of a century before the construction of the mosque. The formal composition of the mosque and the tombs found in crypts located beneath and adjacent to the main domed chamber bear this idea out.

From the exterior, the Masjid-i Shah is composed of a long elevation with a slightly bulbous dome behind it. A large central iwan is flanked on each side by two niches and a minaret. Presumably this long elevation once faced on to a large courtyard. The minarets, rather than being imbedded within the elevation, project from it, almost detached.

Considering that the most prevalent mosque type of the time was that of the two-iwan or the four-iwan courtyard mosque, the plan is atypical for its period. It is composed of a domed square central space surrounded by an ambulatory space on all sides. The large entrance iwan leads directly into the interior space.

Although there is symmetry in the overall composition of the structure, it has not been strictly applied, perhaps due to perimeter structures at the time of construction. Opposite the iwan, on the other side of the main central interior space, is a low vaulted space, approximately the same size as the iwan. At each of the longitudinal ends, square domed rooms flank the central space, separated by the vaulted ambulatory space. There is no evidence of a mihrab in the central domed chamber. However, a niche in the direction of qibla is found in the smaller square dome hall adjacent to it.

The double-dome structure is supported by four wall arches. Large pendentives span between them, breaking the square form of the space into an octagon. The octagonal band is arcaded with pointed-arch openings at each of the surfaces. The octagon is then further reduced with squinches, resulting in a plaster squinched-net dome. On axis with the clerestory interior openings rectangular windows pierce the lower part of the drum of the exterior dome.

The main form of ornamentation throughout is that of mosaic tile. On the exterior the central iwan was decorated with mosaic faience in floral motifs. The drum is also covered with tile work organized in bands around the cylindrical drum. Between each of the openings in the drum there is the phrase "Eternal God" formed from very small pieces of dark blue glazed tile. There are also several other tile bands around the drum, some with inscriptions. The dome was originally clad with light blue square glazed tiles in a geometric pattern. The minarets are overlaid with a diamond grid in brick filled with tile work in blue, green, and yellow.

The surfaces of the interior domed chamber are covered with dark-green hexagonal tiles both in the dado and above it, separated only by a band of inscriptions. Some of the tiles below the dado inscription were originally covered with gold leaf.

The Masjid-i Shah is now known as the Haftado Dotan Mosque, or the Mosque of the 72 Martyrs. The front portico can still be seen along the Bazar-e Bozorg. However, it now houses offices and is closed to the public.