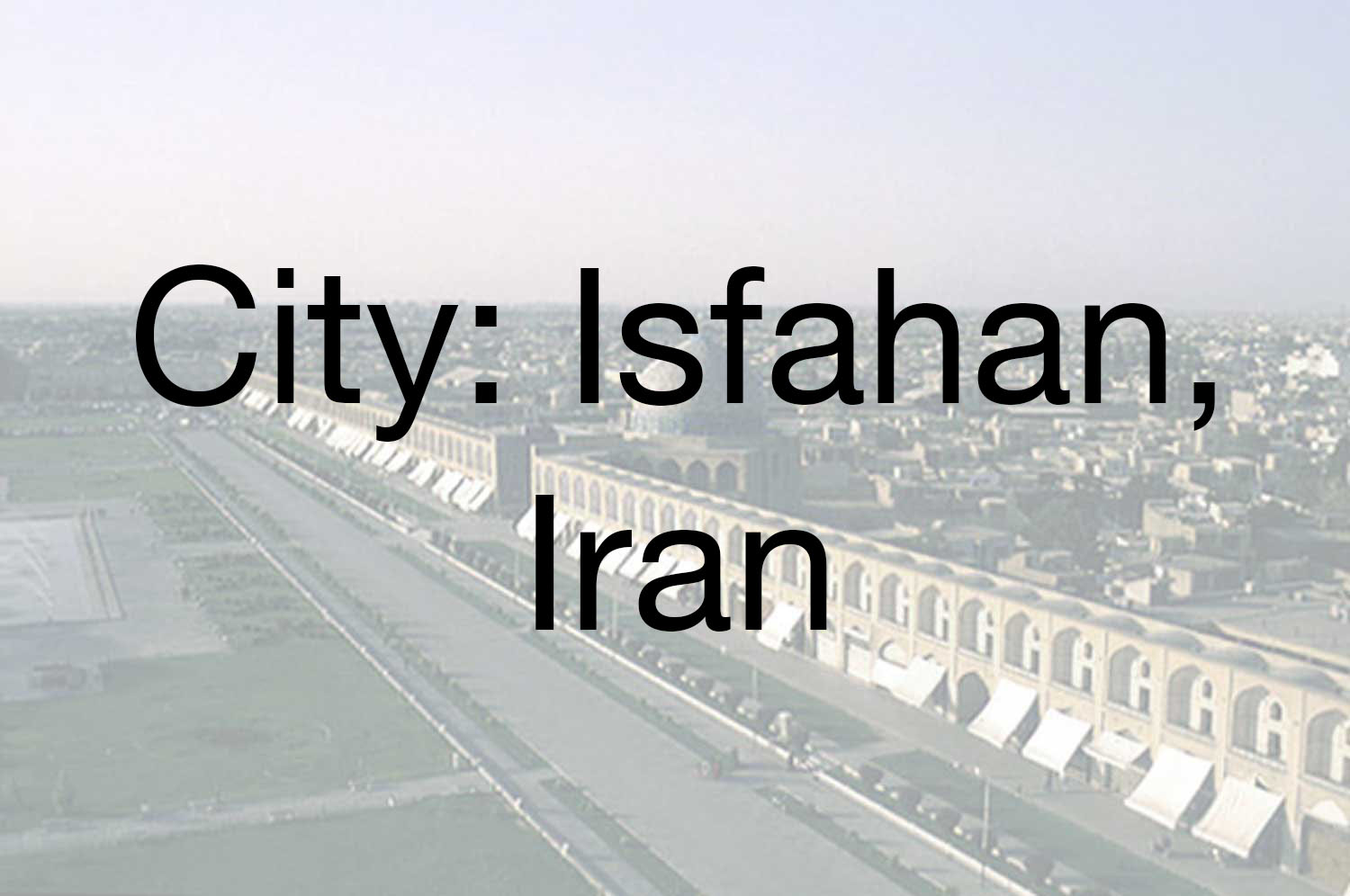 Isfahan, the third largest city of modern-day Iran, is famed for its natural and architectural splendor. Most accounts of its beauty refer to the Safavid period: Isfahan was the storied capital of Iran from 1598 to 1722 CE, inspiring the famous adage "Isfahan nisf-i-jahan" (Isfahan is half the world), but the city's history stretches back more than 2500 years.

Pre-Islamic Era (2700 BCE - 652 CE)
Located in the foothills of the Zagros Mountains, Isfahan is a city formed at a major crossroads of trans-Asia trade and military routes. As such, the city emerged gradually over the course of the Elamite civilization (2700 - 1600 BCE), though artifacts found at Isfahan date back to the Paleolithic period. During the Median dynasty, this commercial entrepôt began to show signs of a more sedentary urbanism, steadily growing into a noteworthy regional center that benefited from the exceptionally fertile soil on the banks of the Zayendehrud River. Once Cyrus the Great (r. 559 - 529 BCE) unified Persian and Median lands into the Achaemenid Empire (648 - 330 BCE), the religiously and ethnically diverse city of Isfahan became an early example of the king's fabled religious tolerance. The Parthians (250 BCE - 226 CE) continued this tradition after the fall of the Achaemenids, fostering the Hellenistic dimension within Iranian culture and political organization introduced by Alexander's invading armies. Under the Parthians, Arsacid governors administered a large province from Isfahan, and the city's urban development accelerated to accommodate the needs of a capital city. The next empire to rule Iran, the Sassanians (226 - 652), presided over massive changes in their realm, instituting sweeping agricultural reform and reviving Iranian culture and the Zoroastrian religion. Extant foundations of some Sassanian-era bridges in Isfahan suggest that the kings were also fond of ambitious urban planning projects. While Isfahan's political importance declined during the period, many Sassanian princes would study statecraft in the city, and its military role developed rapidly. Its strategic location at the intersection of the ancient roads to Susa and Persepolis made it an ideal candidate to house a standing army, ready to march against Constantinople at any moment. One etymological theory argues that the name 'Aspahan' derives from the Pahlavi for 'place of the army.'

Arab Conquest, Buyid, Seljuk, and Il-Khanid Periods (652 - 1387)
As the Muslim empire expanded eastward, Islamic polity absorbed, in large part, the great cultural developments of the Sassanian era, but the importance of cities like Isfahan waned. Under the Buyids (934 - 1055), however, Isfahan would receive some more attention: the Jurjir Mosque (976 - 985) and the earliest incarnation of the Friday Mosque date from this period. The subsequent rise of the Seljuks, whose sultan Malik Shah I (1072 - 1092) made Isfahan his capital, led to increasing growth and prosperity in the city. Under the Seljuks, Isfahan experienced its first 'Golden Age.' Notable Seljuk architecture in Isfahan includes the Ali Mosque and Minaret (twelfth century). Along with most major Islamic cities of the era, the Mongols sacked Isfahan in the thirteenth century, and Timur (Tamerlane) followed suit with a similar massacre in 1387. The city would remain in ruins for two hundred years.

Safavid Period (1597 - 1722)
When Shah Abbas I (1587 - 1629) decided to move the Safavid capital from Qazvin to Isfahan in 1597, he found only vestiges of a once-grand capital, consisting of a walled, oval city, cut into quadrants by axial bazaar routes that intersected on the derelict Maidan-i Qadim. He remade this central square into the new Maidan-i Shah and moved it to the south, but he maintained the vaulted, circuitous bazaar flowing between the maidan and the continually updated Friday Mosque and the old city. The monumental entrance to the bazaar is one of four regular portal interruptions to the arcade that lines the maidan. On the east lies the entrance to the octagonal palace chapel, the Mosque of Shaykh Lutfallah (1603 - 19). Directly opposite Shaykh Lutfallah Mosque on the west is the early seventeenth century Ali Qapu palace complex , which was originally conceived as an architectural transition between the palace gardens and the maidan. The Shah Mosque (1611 - 1638) completes the pattern on the southern side of the square. In many cases, the city's development respected the urban fabric of earlier eras, often renovating buildings rather than razing them: the Safavid-era repairs to the Qara-Qoyunlu era Darb-i Imam funerary complex are just one example of this tradition. The existing quadripartite organization of the city became a guiding principle of future planning, although Abbas re-oriented it such that the Zayendehrud River formed one of the axes, and the royal avenue Khiaban-i Chahar Bagh formed the other. The central city's cruciform design evokes the traditional design of a chahar bagh (literally "four gardens") expanded to the urban scale. The vast literature the city has inspired testifies to the allegorical significance of this geometry, in both political and religious terms. Indeed, the then-recently realized territorial reach of Shia Islam - to which most of Iran converted under the zealous rule of Abbas' great grandfather Shah Ismail (1501 - 1524) - served to inspire the rapid development of this imperial capital. Architecturally, the Timurid style of Herat (in contemporary Afghanistan), Abbas' birthplace, exerted a powerful influence over his design choices for Isfahan. The Shah undertook several new master-planning projects outside the old city as well. The new neighborhoods of Abbas-Abad and Gabrian were built to accommodate the growing urban population, which reached up to one million people at its height. He forcibly moved the entire Armenian community of northwest Iran into a new quarter of Isfahan, which he named New Julfa, ostensibly to protect them from Ottoman persecution. Impressive infrastructure accompanied other types of interventions: the Allahverdi Khan Bridge (1602) links Chahar Bagh avenue to New Julfa. Within a few generations, Safavid rulers proved unable to continue Abbas' legacy of prosperity and good governance. A legalistic and less tolerant interpretation of the theocratic state ascended while military and political control diminished. In 1722, dissatisfied Safavid vassals from the Afghan territories captured Isfahan after a six-month siege of the city. The vulnerability of the empire also attracted Ottoman incursions from the West, and the dominion of Iran disintegrated. The city again fell into disrepair, accelerated by the increasing preference for maritime trade with Europe over the traditional land routes that led directly through Isfahan. The internecine conflicts during the subsequent Zand and Afsharid periods precluded either dynasty from leaving any significant architectural legacy at Isfahan.

Qajar Period and modern Iran (1781 - 1979)
In 1779, a Qajar tribal leader set out to reunify Iran. Once his empire was established, he moved the capital to Tehran, formally ending Isfahan's political importance. A large province was still administered from the city, and the commanding officer of a suburb of Isfahan built a palatial residential complex in the 1830s, the Manzil-i Sartip Sidihi, which hosted state functions. The Qajar dynasty was greatly weakened by the Constitutional Revolution (1905 - 1911), and it ultimately fell in the coup staged by Reza Shah Pahlavi (Shah of Iran, 1925 - 1935). During Pahlavi's reign, architectural activity in Isfahan mainly consisted of conservation and preservation efforts. The influential Society for National Heritage formed in 1921 to "preserve, protect, and promote Iran's patrimony." It remained active for the next sixty years, erecting nearly forty mausolea and conducting sixty preservation projects across Iran. The Society was instrumental in developing an architectural language for Iranian modernism that memorialized avatars of Persian culture such as Avicenna, Nader Shah and, in Isfahan, the 1972 tomb of Arthur Upham Pope and Phyllis Ackerman, two American art historians who dedicated their lives to the study of Persian art, architecture and material culture. In 1936, the Art University of Isfahan opened its doors. The Shah is also credited with an expansive modernization campaign, and Isfahan's current status as an important industrial center began in the Pahlavi era. The reign of the Shah was interrupted by a brief interlude of democracy, when Dr. Mohammed Mossadegh (Prime Minister, 1951 - 1953), whose career began in Isfahan when that constituency elected him MP, was elected Prime Minister. Mossadegh was removed and the Shah reinstated in 1953. The Shah was deposed during the Islamic Revolution of 1979 and Ayatollah Khomeini's (Supreme Leader, 1979 - 1989) rise to power.

Post-Revolutionary era (1979 - present)
Isfahan is the third largest city of the Islamic Republic of Iran, after Tehran and Mashdad. Currently, rural to urban migration in Iran occurs at one of the highest rates in the world: Isfahan's population is estimated to be between 1,500,000 and 2,000,000 people and rising. Isfahan, and New Julfa in particular, continues to be home to an active community of ethnic Armenians, and smaller communities of Jews and Zoroastrians also live in various parts of the city. The surrounding, eponymous province continues to produce cotton, grain and tobacco, which are processed in the provincial capital's numerous mills and plants. Higher education is also prominent: in addition to the Art University of Isfahan and the Isfahan University of Technology, a tertiary art school was established in 1990, repurposing extant Safavid and Qajar buildings. Other recent architecture in the city ranges from the stylistically contemporary, such as the Kaveh External City Bus Terminal (1990), to the traditional, such as Ministry of Agriculture (2000). The grandeur of the early Safavid built environment, however, still leaves an indelible impression on most visitors, garnering UNESCO World Heritage status for the central maidan in 1979 and making Isfahan one of Iran's most frequented tourist sites.
Related Archnet Resources:
Isfahan City Record
Isfahan Urban History Project
Synagogues of Isfahan
1924 Map
1973 Map 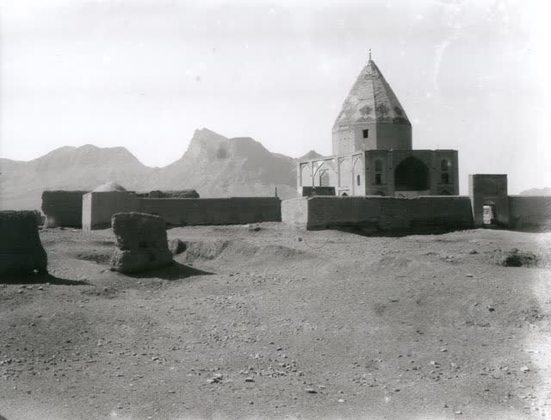