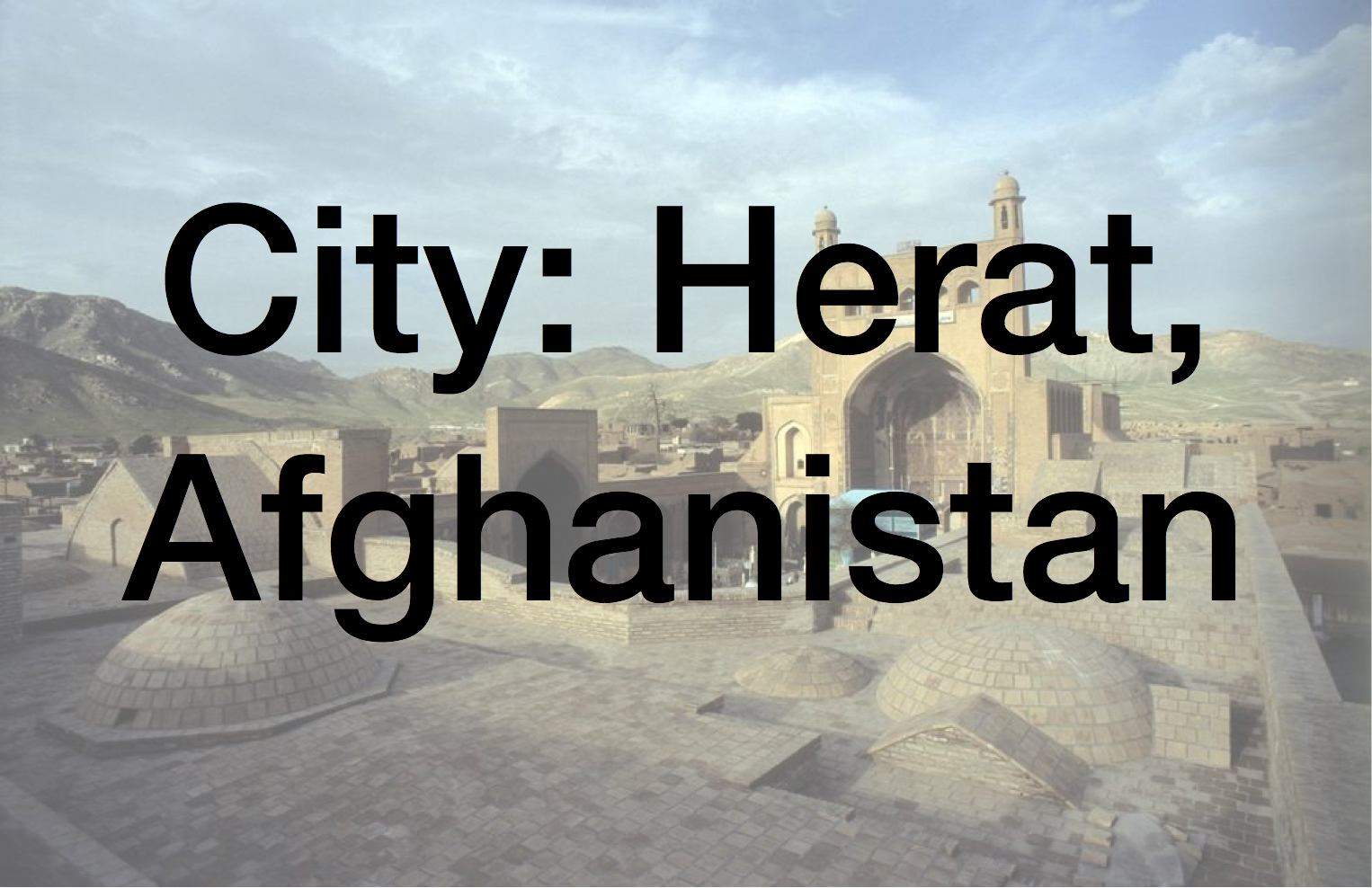 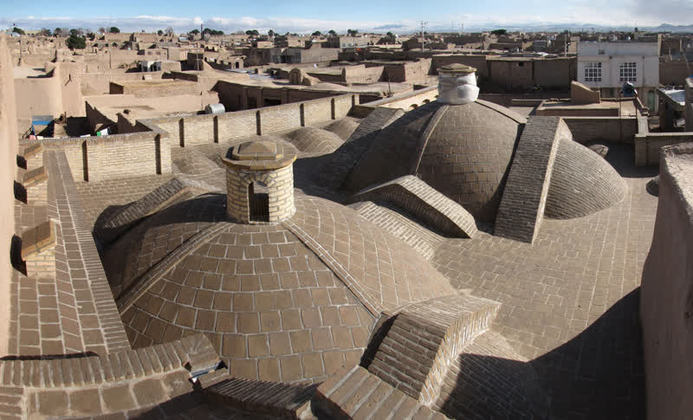 Situated in the Bar Durrani quarter of the Old City of Herat, the structure that is now used as the Hazrat Bilal Mosque was originally built as a synagogue in the late 19th or early 20th century. One of four principal synagogues in the old city, the Gul Synagogue was built for the use of the sizeable Jewish community that lived in Herat at that time. Possibly built on the foundations of an earlier building, the main structure is built of mud and fired bricks, comprising a large central dome surrounded by arched and vaulted spaces, with a smaller secondary dome to the north. A screened gallery on the first floor, which was possibly used by women, runs around the north and east sides of this main space. A brick‐vaulted basement extends underneath the main space of the building, which is accessed from the courtyard to the south by stairs leading to an open lobby that runs along the east side of the building. It is thought that this building began to be used as a mosque in the 1970s, after the departure of the Jewish community from Herat. It was at this time that the raised platform in the central space was removed, a mihrab created on one of the main piers of the structure and the internal decoration on the soffit of the dome (part of which is still visible) painted over. In the western wall, the space in which the Torah was kept has been retained, along with the original plaster decoration. The main elevation, which is made up of an arched panel within which lie three doors at the lower level, and a central screened window flanked by smaller openings above, is similar to other synagogues in Herat. In the Hazrat Bilal Mosque, the brick‐domed underground chamber or mikveh, which was originally used for ritual cleansing, also survives.

After discussions with community representatives, conservation work on the Hazrat Bilal Mosque started in February 2009 with the removal of a concrete platform that had been constructed in the courtyard, and which blocked access to the basement. This was followed by demolition of a wall dividing the courtyard, and which was bearing on the dome of the underground mikveh, which was subsequently cleared of rubble and waste. The first stage of conservation of the main building entailed removal of earth from the domes, which were repaired before laying a weatherproof layer of fired bricks. Unstable parts of the upper gallery were re‐built, along with the flanking walls in the courtyard. Modern steel windows and doors on the south elevation were replaced with traditional wooden examples. The final stage of the works entailed paving of the courtyard and upgrading of toilets and ablution facilities to the south‐east of the complex. The conserved building is again in use as a mosque, and religious classes have resumed in the courtyard and rooms to south.