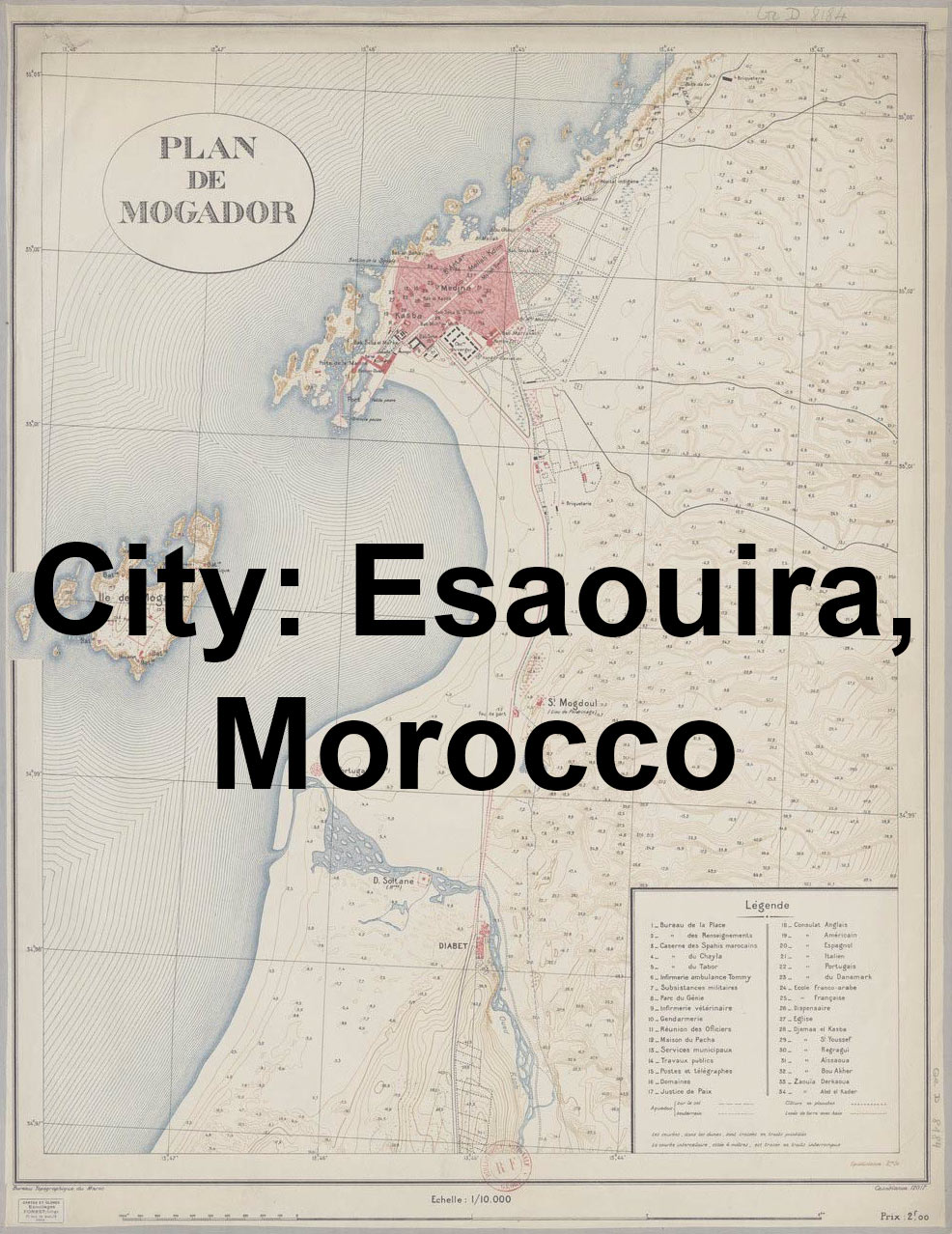 Essaouira is a port town on the Atlantic coast of Morocco, between Safi and Agadir. It is bounded to the east by sand dunes.  The area has been settled since at least the Phoenicians came in the 6th century BC, but the city as it exists today was built in the 18th century.

Until independence the city was named Mogador, either after a local holy man or through corruption of the Tamazight name of the city. The city that exists now was founded ca. 1765/1178 AH by Sultan Sidi Muhammad ibn Abdullah, who wanted a port closer to Marrakech, and sought to diminish the importance of Agadir to the south.  At the Sultan’s bidding, the French architect and planner Theodore Cornut planned the grid layout of the city street, and built Qasba and European Housing.  In order to encourage development of the city, Muhamad ibn Abdullah closed the port of Agadir in 1767, and obliged European residents of from Rabat-Salé moved to the city.  Moroccan Jews were encouraged to move there to act as mediators with the Europeans.  At its height, it is estimated that the Jewish community was as much as 40% of the population.

During the Protectorate era from 1912 to 1956 the city was used as a military base, and after independence the name reverted to Essaouira.  Shortly thereafter,  the city became popular with “hippies” of the 1960s and 70s.  In the 1990's the city once again began to be a popular tourist attraction, and the site of an annual Gnawa music festival.  In 2001 it was classified as a World Heritage Site by UNESCO which noted:

Essaouira is an exceptional example of a late-18th-century fortified town, built according to the principles of contemporary European military architecture in a North African context. Since its foundation, it has been a major international trading seaport, linking Morocco and its Saharan hinterland with Europe and the rest of the world. -"Médina D'Essaouira (ancienne Mogador)." UNESCO World Heritage Centre.