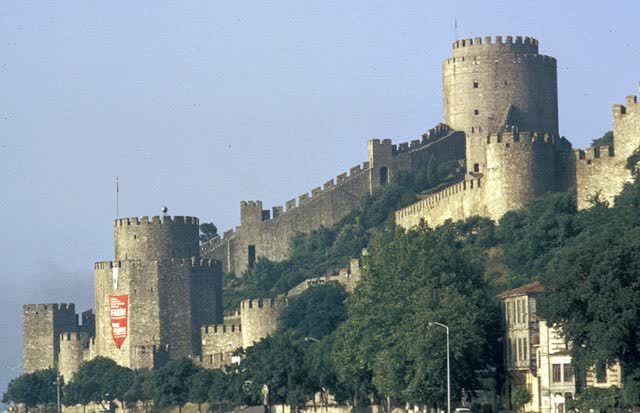 Share
The Rumeli Fortress (Rumelihisari) is located on the European (Rumeli) side of the Bosphorus. It was built by Mehmed II in four months beginning in the spring of 1452 across the waters from the Anatolian Fortress (Anadoluhisari or Güzelce Hisar) built by his grandfather Bayezid I (1389-1402). The aim was to establish control of the waterway at this narrowest point of the strait (660m) where ships would need to approach the shore to avoid the strong currents. A batallion of four hundred soldiers were stationed at the fortress (hisar) beginning in 1452, and prevented the passage of ships with canon fire during the siege of Constantinople. It is hence, also known as the Bogazkesen or the Controller of the Straits.

Historical documents show that the site was vacant except for the remains of two cisterns and that Byzantine ruins in the vicinity were used to supply stone for the construction. The fortress lost its strategic importance after the fall of Constantinople in 1453 when a second pair of fortresses was built further up the Bosphorus where the strait meets the Black Sea. The Rumeli Fortress became a storage facility and a prison for local and foreign diplomats. It was repaired immediately after the 1509 earthquake and survived a 17th century fire. It was last repaired by the Ottomans during the rule of Selim III (1789-1807). A large fishing village, inhabited largely by Ottoman Turks who were settled there during the construction of the fortress, developed along the waterfront with seaside mansions built beginning in late 18th century. A new neighborhood (Hisariçi) was formed inside the fortress after it was abandoned in the 19th century. The oldest Ottoman cemetery on European soil is found adjoining the fortress to the south.

In 1953, the neighborhood was removed by the order of President Celal Bayar and an extensive restoration was completed under the supervision of three woman architects Cahide Tamer, Selma Emler and Mualla Anhegger-Eyüboglu. A museum was opened by the Ministry of Culture in the Saruca Pasa Tower following the restoration. An open-air auditorium was also built in the courtyard during this time. While this addition is often considered an innovative example of adaptive reuse, it is also criticized for having damaged the historic appearance of the fortress. Older photographs show a series of seaside mansions along the fortress walls, none of which have come to our day. Their place is taken today by a two-lane coastal highway that was built immediately outside the fortress walls in the 1960s.

The fortress is a walled-in enclosure 250 meters long and 130 meters wide at its longest. It has one small and three large towers (kule) and thirteen small watchtowers (burç). The towers are named after their vizier donors, who are also believed to have supervised the construction. The walls begin at the Halil Pasa Tower at the water's edge, travel diagonally up the hill to the Saruca Pasa Tower at the northwest peak, continue southward across a valley to the Zaganos Pasa Tower at the southwest peak and descend vertically down to the waters edge to the small Zaganos Pasa tower a hundred meters south of the Halil Pasa Tower. There are three entrances, one next to each large tower; a shallower outer wall (hisarpeçe) protects the seaside entrance.

The peripheries of the Halil Pasa, Saruca Pasa and the Zaganos Pasa towers are 23.3 meters, 23.8meters and 26.70 meters respectively and their heights are 35, 33.3 and 25.30 meters excluding the conical roofs that once crowned the towers. The last two are round while the first is twelve-sided on the exterior. Inscriptive plaques in Arabic, referring to Zaganos Pasa were found at the southwest tower that is named after him and also at a smaller tower located at the southeast corner, at the water's edge. The space within each tower was divided up with wooden floors, each equipped with a furnace (ocak); only the Saruca Pasa Tower retains its wooden floors. All towers, watchtowers and walls are topped with crenellations.

The fortress had wooden houses for the soldiers and a small mosque, endowed by Mehmed II at the time of construction. Only the minaret shaft remains of the original mosque, while the small mescid added in the mid 16th century has not survived. Water was supplied to the fortress from a large cistern underneath the mosque and distributed through three wall-fountains, of which only one has remained. 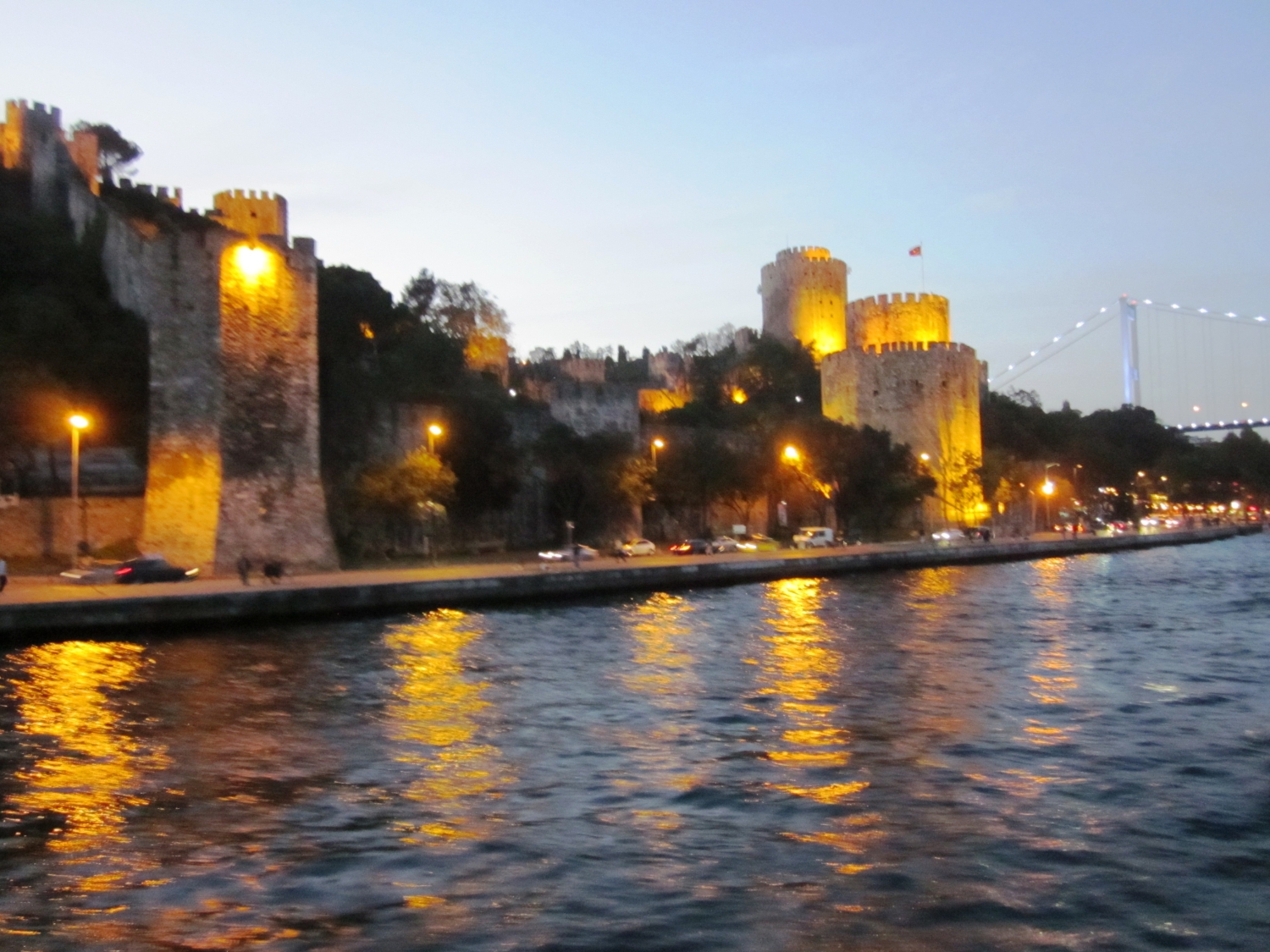