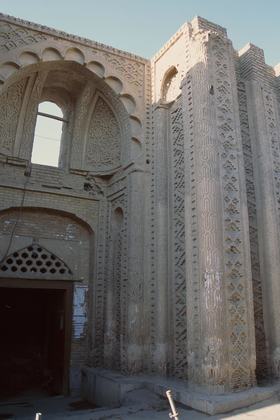 Share
The fragmentary Jurjir façade is located on a side wall of the Hakim mosque, a seventeenth century structure which incorporated the tenth century fragment into its walls. The Buyid fragment was discovered during restoration work in 1955.

The façade fragment is the only remains of a mosque commissioned by the Buyid vizier Ibn Abbad, a Mutazilite scholar, and built by al-Sahib Kafil-kufat Ibn Abbad. The fragment consists of a deep entrance portal framed by side walls that project the façade away from the portal datum. The wall surfaces of the façade and the side walls are articulated with a series of receding and projecting vertical elements. The portal has a tripartite semi-dome hood with the central section left open to an arched window. The side sections of the semi-dome form concave triangular panels of elaborate stucco kufic script that rest on the side walls of the portal recess. These in turn hold keyhole shaped niches on columns.

The façade fragment displays a typical Buyid decorative technique, using thin bricks to form geometric patterns in relief. A second decorative method, the engraving of repeated geometric patterns into stucco revetment, is applied in alternation with the brickwork. This latter technique is applied to rounded vertical moldings that separate the alternately receding and projecting surfaces of brickwork. The attention to surface relief, both at the scale of wall elements and of decoration enlivens the façade with an intense play of shadow and light.The great variety of surface patterns is unrivalled by contemporary structures, including the Friday Mosques of Na'in and Isfahan. 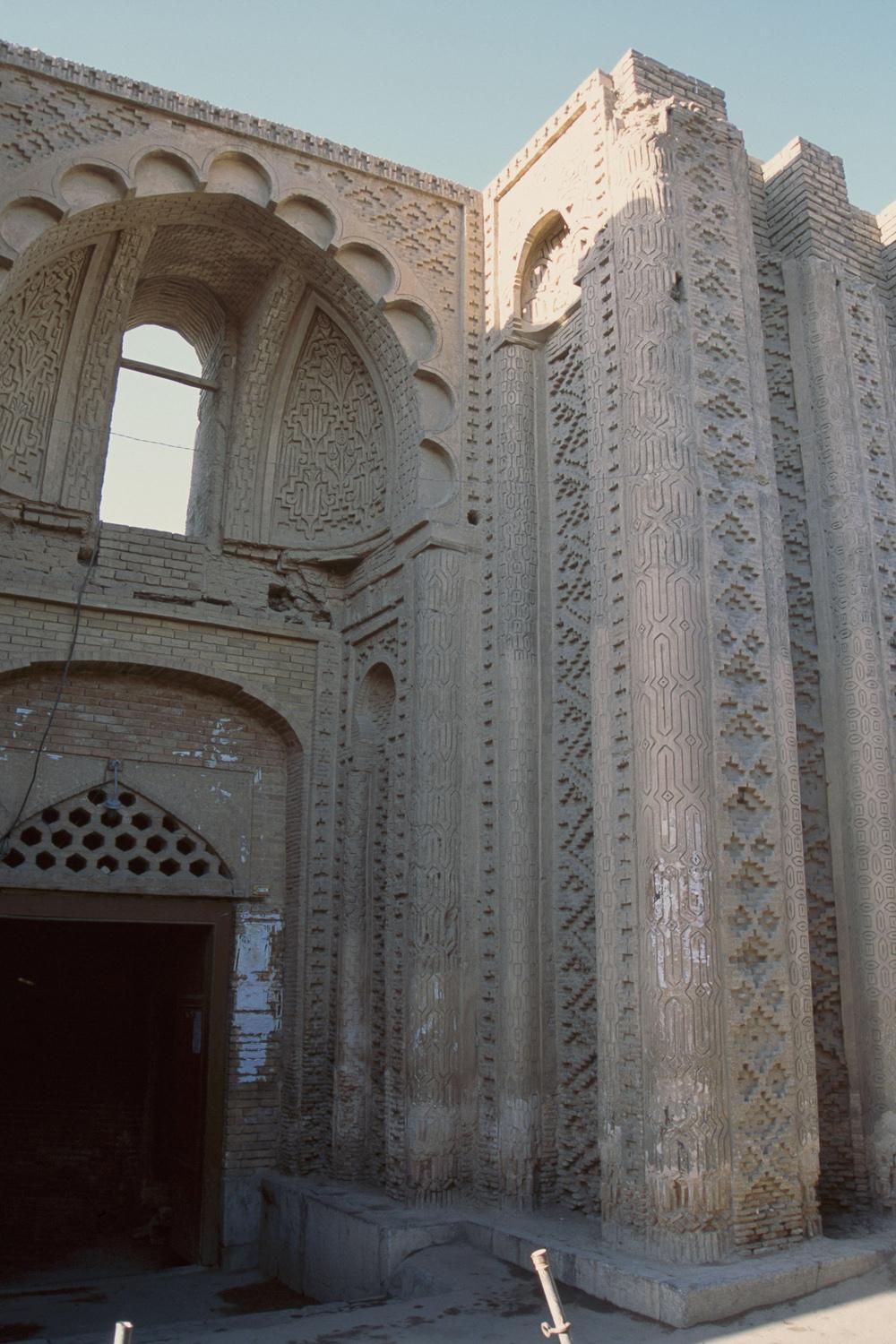