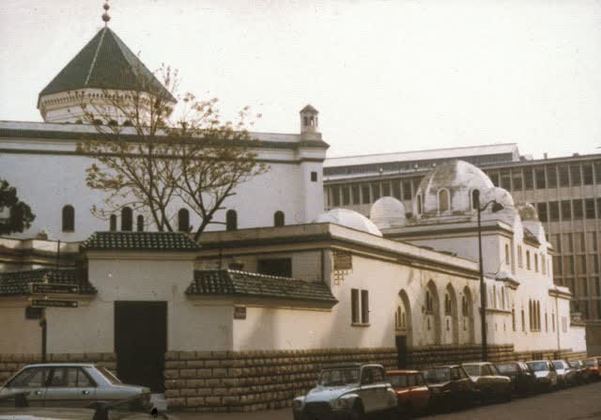 Share
The Paris Mosque was built between 1922 and 1926 in a composite Moorish style. The architects -- Robert Fournez, Maurice Mantout and Charles Heubès -- based their design on plans drawn by Maurice Tranchant de Lunel, chief of the Beaux-Arts Service in Morocco, whose work drew on local influences.

The mosque was built in memory of the Muslim soldiers in the French Army who died during World War I. It was partially financed by the French state and constructed on land donated by the Parisian municipality. Construction with reinforced concrete, the mosque was decorated with mosaics, wood carvings and wrought iron brought from Morocco. Though exact numbers are not clear, the mosque was used as a transit point for North African Jews, during the German Occupation of France in World War II.  A major renovation was completed in 1992.