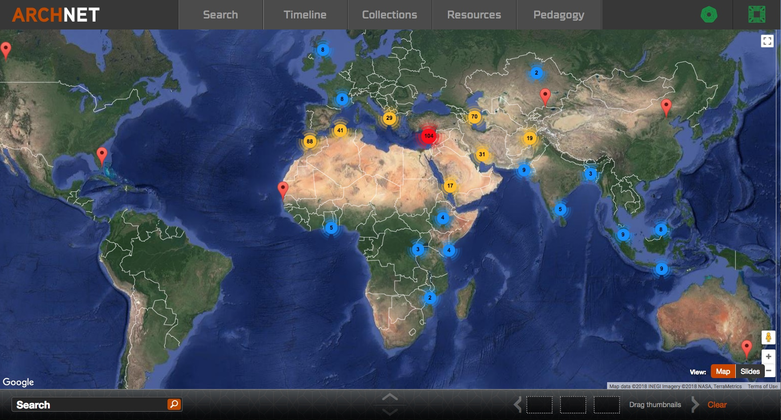 Share
Since January 1, 2017, 486 sites have been published in Archnet. These sites spanned the globe, from the Islamic Museum of Australia, located in Melbourne to the Aga Khan Garden in Alberta, Canada. While the museum in Australia, completed in 2013, and the garden in Canada, to be completed next year, are both very new sites, other sites published in 2017 date from as early as the 3rd century BCE.  They are also located at latitudes and longitudes well between Alberta and Melbourne.  A substantial number of recently published sites were created in our continuing effort to to document imperiled heritage, particularly in areas of conflict where destruction is too often intentional. This year we also added hundreds of sites that were nominated in the last cycle of the Aga Khan Award for Architecture, and sites documented in the archives of the Aga Khan Documentation Center at MIT.

The sites in this collection were chosen to represent both the geographic dispersion of sites, as well as the wide span of their construction dates, but it contains only about 20% of the total number of sites published in 2017, but you can combine the sites filter with the date published parameter to see all sites published in 2017.