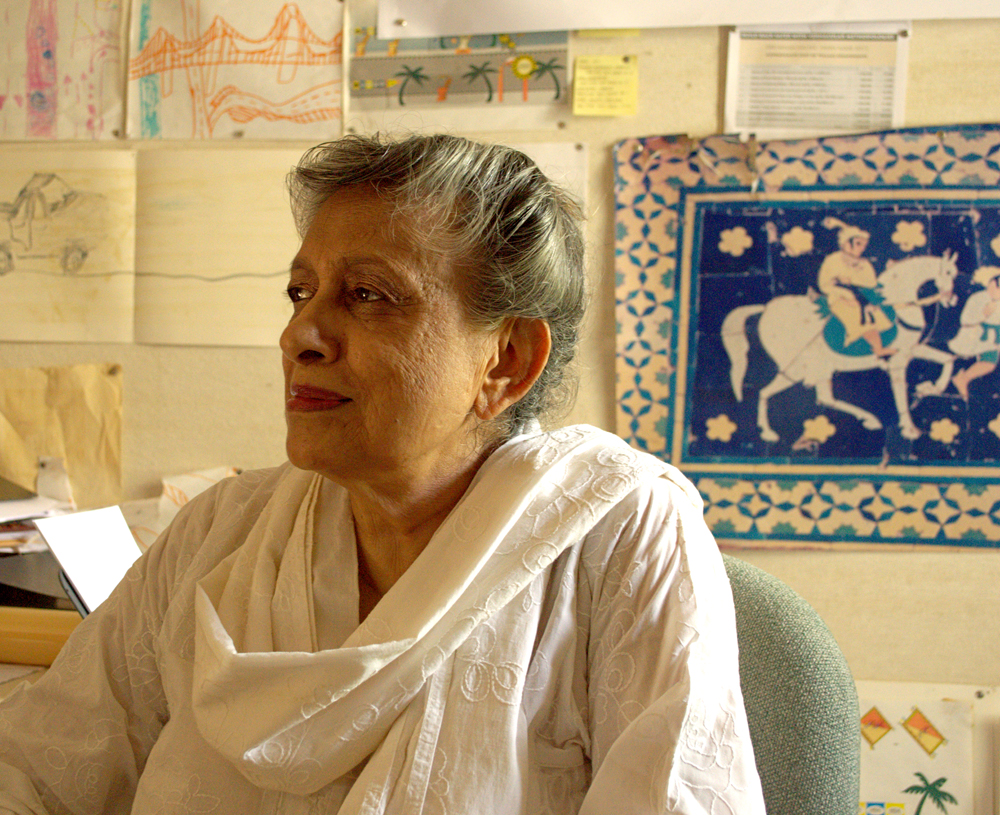 Yasmeen Lari is the first woman architect of Pakistan. After initial schooling at Queen Mary’s, Adbistan-e-Soofia and Kinnaird College, Lahore, Pakistan, she graduated from Oxford School of Architecture (now Oxford Brookes University), U.K. in 1963 and was elected Member of Royal Institute of British Architects (RIBA) in 1969. As President of Institute of Architects Pakistan (IAP) and first chairperson of Pakistan Council of Architects and Town Planners, Lari was instrumental in bringing about recognition for the professions of architecture and town planning through PCATP Ordinance 1983.

In 2006, in recognition of her services to the architectural profession and heritage conservation, she was awarded Sitara-e-Imtiaz, one of the highest civil awards, by Government of Pakistan. She established Lari Associates, Architects, Urban Designers in 1964 and took on the challenges as an architect dealing with issues in an industrially less developed country – from mud buildings, low income housing and improvements in spontaneous settlements to state of the art buildings. She retired from architectural practice in 2000 to devote full time to writing and heritage-related work.

In 1980, Yasmeen along with her husband, Suhail Zaheer Lari, established Heritage Foundation, as a family trust. Recipient of UN Recognition Award 2002 for promotion of culture and peace, Yasmeen's profile has been included among 60 Women from around the world who have contributed most towards the objectives of UNESCO. She was elected a Fellow of Ashoka, Innovators for the Public, USA, in 2004. Since October 2005 she has lead the relief and rehabilitation work among communities, particularly women and children affected by the Great Earthquake 2005 in district Mansehra, Pakistan.

As UNESCO's National Advisor (2003-2005) she led the team that saved the endangered Shish Mahal ceiling in the Shah Burj (the Royal Tower) of the Lahore Fort World Heritage site. She is a member of Punjab Government Steering Committee for Lahore Fort and Shalamar Gardens, member of UNESCO Consultative Committee for Moenjodaro, Board Member of Earthquake Reconstruction and Rehabilitation Authority (ERRA) and Trustee of Transparency International Pakistan.

She is the author and co-author of several books including a publication on the historic Governor House, Lahore.