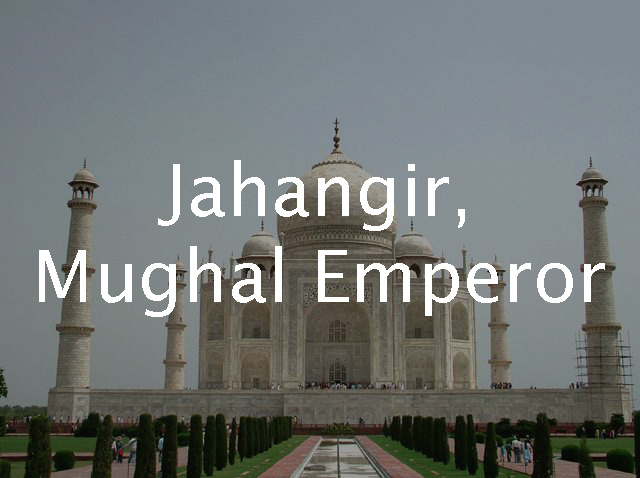 Jahangir was the fourth Mughal Emperor of India. The imperial name Jahangir means "World Seizer," and was chosen at the time of his accession to the throne in 1605/1014 AH. His given name was Muhammad Salim and he also took the honorific name (laqab) Nur al-Din, meaning "Light of the Faith."
In the political arena Jahangir gradually lost control to his most powerful wife, Nur Jahan, who became a de facto ruler. Not only was she able to influence matters from behind the scenes, but coins were struck in her name and she is even said to have issued firmans. Jahangir's memoir includes several anecdotes pointing to her political ambition and her prowess in regal pastimes like hunting.
Court intrigue was not absent from Jahangir's reign. He had strained relationships with his sons Khusraw and Khurram, both of whom rebelled openly against their father at various points due to fighting over succession to the throne. Khurram would ultimately succeed to the throne as Shah Jahan upon Jahangir's death.
Jahangir's most significant contributions fell in the patronage of culture. He wrote his own memoir, known as the Tuzuk-i Jahangiri, which includes valuable observations of the people and places he knew. During the period of his rule, art also flourished. Because Jahangir actively commissioned portraits of people as well as studies of the flora and fauna of the northern Indian subcontinent, a rich legacy of painting and drawing has come down to us.
Architecture also flourished under Jahangir’s reign. Babur's Grave, Akbar’s Tomb, Shalimar Garden, Begum Shahi Mosque, and the Mausoleum of I‘timad al-Daula are some of the monuments commissioned by him. He is known to have promulgated an order at his accession calling for the construction of wells and serais at regular intervals on major roads throughout the kingdom.
Sources:
The Tūzuk-I-Jahāngīrī, or Memoirs of Jahāngīr. Translated by Alexander Rogers and edited by Henry Beveridge. New Delhi: Munshiram Manoharlal, 2003.
Bazmee Ansari, A.S., “D̲j̲ahāngīr." Encyclopaedia of Islam, Second Edition. Edited by P. Bearman, Th. Bianquis, C.E. Bosworth, E. van Donzel, W.P. Heinrichs. http://dx.doi.org/10.1163/1573-3912_islam_SIM_1929
Schimmel, Annemarie. The Empire of the Great Mughals: History, Art and Culture, 41-45. London: Reaktion Books, 2004.
Wayne E. Begley. "Four Mughal Caravanserais Built during the Reigns of Jahāngīr and Shāh Jahān." In Muqarnas 1 (1983): 167-79. Accessed July 27, 2020. doi:10.2307/1523076.