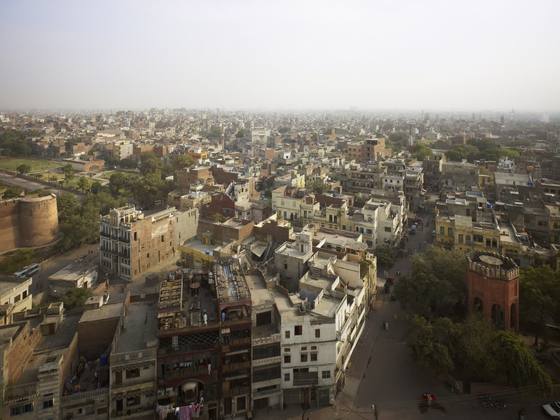 Share
This once fortified city is located in the north-west area of metropolitan Lahore, the capital of the province of the Punjab, and measures about 2.5 square kilometres. This historic core of Lahore has a concentration of monuments and buildings that reflect cultural diversity in architecture. Despite a dynamic and tumultuous past spanning several centuries, this area has retained much of its historic urban form.

The Walled City of Lahore project was initiated in 2006 by the Government of the Punjab and the World Bank. The following year the Aga Khan Trust for Culture (AKTC) entered a ‘Public-Private Partnership Agreement’ (PPP) with the provincial government to provide technical and financial assistance for the project and to undertake to build capacities in urban heritage conservation. In early 2008 AKTC signed a ‘Memorandum of Association’ with the World Bank. The Historic Cities Programme (HCP) has provided strategic planning services for the entire historic city while extending professional assistance for a pilot urban rehabilitation project that is integrated in a city-wide strategic framework for conservation and redevelopment.

The World Heritage Site of Lahore Fort (the Shahi Qila) and other equally spectacular monuments from the Mughal period, such as Badshahi Mosque (1683), Wazir Khan Mosque (1634) and the Wazir Khan Hammam, lend their splendour to the city. Additionally, several structures from the Sikh period and British colonial sites add to the city’s charm, highlighting the importance the city held for a sequence of empires that ruled over South Asia. At present, the city possesses nearly two thousand buildings of significant architectural merit. Despite the lack of appropriate regulatory mechanisms pertaining to building demolition and construction, the Walled City is physically distinct, marked off from the surrounding colonial period city by the Circular Garden and the Circular Road.

In 1959 an excavation at Lahore Fort revealed the city’s pre-Muslim occupation, dating back almost 1500 years. In the early eleventh century AD, Lahore became the seat of Sufi learning under Ali ibn Usman Hajweri, known as Data Ganj Bakhsh by his devotees. Lahore was subsequently conquered by the Ghaznavids under Sultan Mahmud in 1026, commencing the Muslim phase of its political history. Under the Mughal dynasty (1526–1789), Lahore flourished as an important provincial city periodically substituting for the Mughal capitals at Agra and Delhi. From 1789 onwards, Lahore was ruled by the Sikhs until the British annexation of the Punjab in 1849. In 1947 a substantial part of the Old City was destroyed as a result of communal strife and arson associated with the Partition of the South Asian subcontinent. This area is now home to intense commercial pressures resulting in the piecemeal demolition of the historic residential fabric.

The ‘Strategic Plan’ developed by HCP for the Walled City aims to redefine the city’s role as a heritage site within Metropolitan Lahore. Promoting heritage-sensitive urban design, infrastructure improvement and residential land use, the Area Development framework integrates both landmark monuments and historic neighbourhoods. The framework provides for increasing residents’ capacities to engage in the revitalization of the city and for generating opportunities for income. These broad priorities are being pursued at three levels.

The Walled City is surrounded by regional transportation functions that support local commercial markets. The ‘Strategic Plan’ proposes the gradual relocation of such metropolitan functions to more suitable sites elsewhere in Lahore in conjunction with associated land use such as wholesale and warehousing. This is being considered by the Punjab Government.

The Plan promotes the re-establishment of residential and other functions compatible with the city’s historic character and makes provisions for reclaiming green areas in and around the Walled City. Special attention is being given to the restoration of the monumental complexes (and open spaces associated with them) and other architectural heritage as well as upgrading and expanding public utilities in neighbourhoods. A legislative initiative is now underway to develop new planning and regulative processes. The framework also outlines building regulations in order to check the uncontrolled demolitions of historic building stock and their conversion into commercial entities.

The Plan outlines strategies for consolidating residential use and rehabilitating building stock. The overriding focus of attention concentrates on revalorizing mohallas in their historic and topographic context. Pilot initiatives integrate facade improvement, infrastructure upgrading and (historic) home improvement. Community-driven initiatives are also encouraged through training of local youth in spatial mapping and building trade skills as well as incentives for home improvement to owners through technical support

Accompanying these efforts routine advice has been given to the Government of the Punjab on planning, legislative and administrative issues. Baseline surveys comprise a topographical map at the scale of the Walled City, an inventory of all 22,800 properties and a socio-economic survey of 1757 households across the city. An operational Geographic Information System (GIS) is in place.

Lahore: A Framework for Urban Conservation: Greater Lahore and The Walled City 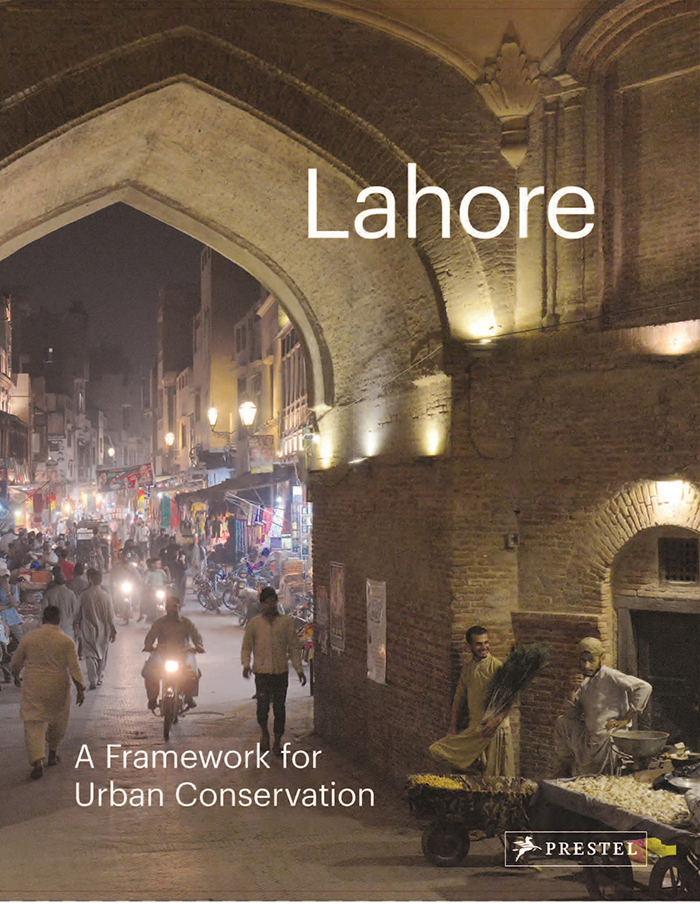