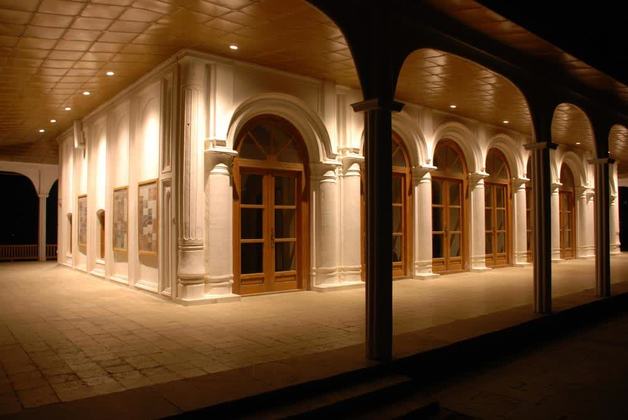 Share
The Garden Pavilion was built in the late nineteenth century by Amir Abdur Rahman Khan (1880-1901), over a Mughal water channel and pool in the center of the garden's central axis. It has a basement with west-facing windows. The first floor, which is enveloped by a wide verandah on all four sides, centers on a large reception hall flanked by two smaller rooms. The hall is adorned with stenciled metal ceilings. The Pavilion was badly damaged in 1992/3 and restored by the Aga Khan Trust for Culture (AKTC) during 2003/4. The trunk of a large plane (chenar) tree stands next to it as a reminder of the scale of the trees that died when irrigation was halted during recent conflicts. 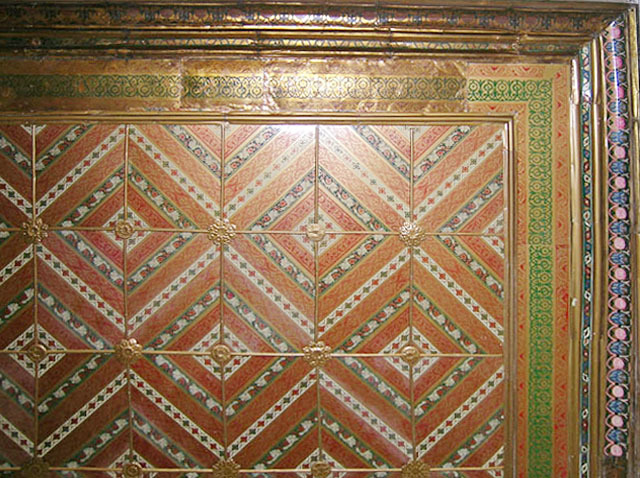