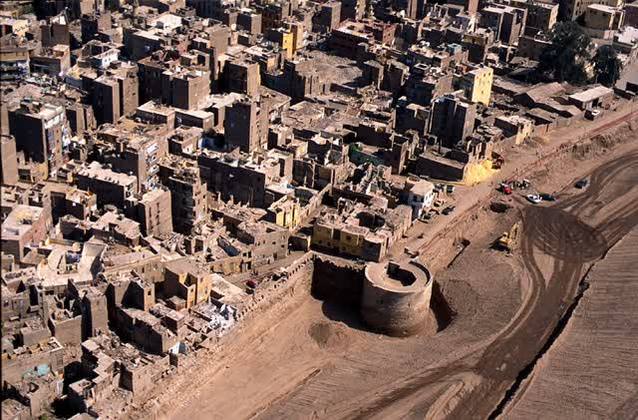 Share
The al-Azhar Park Project is a catalyst for social, economic and cultural renewal and improvement and will have far-reaching consequences for the 200,000 residents of the neighbouring Darb al-Ahmar district.

The 500-year-old accumulation of fill and debris has been transformed into much-needed leisure and recreational space while functioning as a "green lung" for Cairo -- a city with a population of 17 million and one of the lowest ratios of green space to urban population in the world - an area the size of a footprint per inhabitant, according to one estimate.

The USD 30 million project was envisaged over 20 years ago and has since developed into a catalyst for economic development, becoming a case study for creative solutions to a spectrum of challenges facing historic cities, including ecological rehabilitation.

The construction of the park and the restoration of cultural monuments are meant to be catalysts for social and economic development and the overall improvement of the quality of life in the district. At the same time, the park offers a new vantage point with spectacular views of Historic Cairo's countless architectural treasures, which will no doubt draw foreign tourists and the inhabitants of greater Cairo alike to the once-neglected area. Park entry fees range from 1-6 EGP. Residents of neighbouring Darb al-Ahmar and Gamaliya districts will benefit from reduced rates.

"A fundamental lesson, which reinforced our experience in other countries, is that public-private partnerships can be effective mechanisms for enhancing the value of underused, unappreciated or even unknown social, cultural and economic assets," said the Aga Khan in his address at the inauguration ceremony. He underlined that the project would not have been successful without effective partnerships with a number of international, national and local NGOs and institutions such as the Swiss Egyptian Development Fund, the Ford Foundation, the World Monuments Fund, the French Institute of Archaeology, the city of Stuttgart and the newest donor, the Social Development Fund.

Although it started as a project to design and construct a park, the project took on additional elements such as the excavation and extensive restoration of the adjoining 12th century Ayyubid wall and the rehabilitation of important monuments and landmark buildings in the neighbouring Historic City. It also encompasses an extensive social development programme, including apprenticeship arrangements, housing rehabilitation, micro-credit and health care facilities.

The project presented several challenges such as the highly saline soils and the incorporation in the park of three large fresh water reservoirs for the city of Cairo, each 80 metres in diameter and 14 metres deep. The horticultural challenges were also formidable. After the creation of specialist nurseries to identify and grow the best plants and trees for the soil, terrain and climate, over two million plants and trees were propagated. Over 655,000 have now been planted in the park. In addition, in order to restore the 12th century Ayyubid wall, which had been buried up to its crenellated battlements, it proved necessary to excavate to a depth of 15 metres.

Three landmark buildings, the 14th Century Umm Sultan Shaban Mosque, the Khayrbek Complex (encompassing a 13th century palace, a mosque and an Ottoman house), and the Darb Shoughlan School are also being restored. Local housing rehabilitation activities undertaken by the Aga Khan Trust for Culture are expected to average 50 houses per year until 2007. A housing credit scheme is aiding individuals in the rehabilitation of their own houses.

"Another lesson here was the important role that microfinance could play in helping residents of this community lift themselves beyond subsistence, enabling them to grow businesses and upgrade the quality of their living conditions," explained the Aga Khan. In the low-income neighbourhood of Darb al-Ahmar, which is adjacent to the park, micro-credit loans have enabled residents to open small businesses such as carpentry shops and a dry cleaner. In addition, job training and employment opportunities are being offered in different sectors such as shoemaking, furniture manufacturing and tourist goods production. Apprenticeships are available for automobile electronics, mobile telephones, computers, masonry, carpentry and office skills. Hundreds of young men and women in Darb al-Ahmar have found work in the park, in horticulture and on project teams restoring the Ayyubid wall.

As with all its undertakings, the Trust's approach has been to work with local residents to identify priorities and then take practical steps to address these needs. Community priorities, including restoration of houses, health, education, solid waste disposal, job training and jobs, are now being addressed. 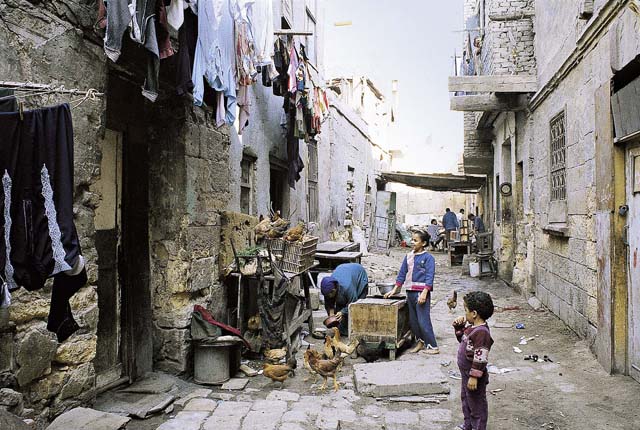