The Saint George Greek Orthodox Cathedral is the mother church of Lebanon’s Greek Orthodox Community and the city’s oldest functioning church. The first Church was built in the late 4th century, later upgraded to a Cathedral in 500AD after the creation of the Archdiocese of Beirut, which has previously been part of the Metropolitan of Tyre. The Church was dedicated to the Anastasis, and built on top of the cavern where legend states was the location where St. George killed the dragon in antiquity and converted the Canaanite people of Berytus (Roman Beirut) to Christianity. This claim is shared by another site, less than 2.5 km away in Qarantina where a mosque dedicated to Al-Khodor (St. George’s Islamic counterpart) was built on a byzantine church originally constructed by St. Helena in the 4th century. The Anastasis Cathedral was destroyed along with the rest of Beirut and most Levantine cities by the 551 AD earthquake and the tsunami that ensued. It was rebuilt throughout the latter years when Berytus lost its economic and architectural importance. The Islamic conquests of the 7th century spared the cathedral, as the Orthodox communities that inhabited the city aided the Islamic armies in entering the Levant to ‘liberate’ the populations from Byzantine hegemony. The church was burned in 1291 by Salah El Din Al Ayyoubi, the Mamluk general who recaptured the Lebanese coastline following the Crusades.

The church was rebuilt by the Orthodox community following relaxed tensions between the Mamlukes and the Christian communities. The Medieval structure resembles its current counterpart the most; it was greatly damaged again by an earthquake in 1759, and the structure was pulled down to be rebuilt anew. In 1767, the new structure was opened with one large central nave and a vaulted ceiling, a few months later, during the Lamentations Mass on Good Friday, the ceiling collapsed killing 90 people. The current structure was constructed in 1772, and underwent heavy modifications throughout the late 18th century, the last additions to the cathedral were made in 1910.

Throughout the Lebanese civil war (1975-1990), the cathedral was heavily shelled, burned and looted. In 1995, archaeological expeditions in the foundations of the church revealed an immense wealth of stratified structures underneath it, including a series of intricate mosaics from the 4th century. In 1998, work began on the reconstruction of the Cathedral, integrating these mosaics into its floor layout. In December 2003, the Cathedral re-opened its doors to the faithful, beneath it, a new Crypt museum was dedicated and opened in 2011 showcasing the stratified layers of the older churches. 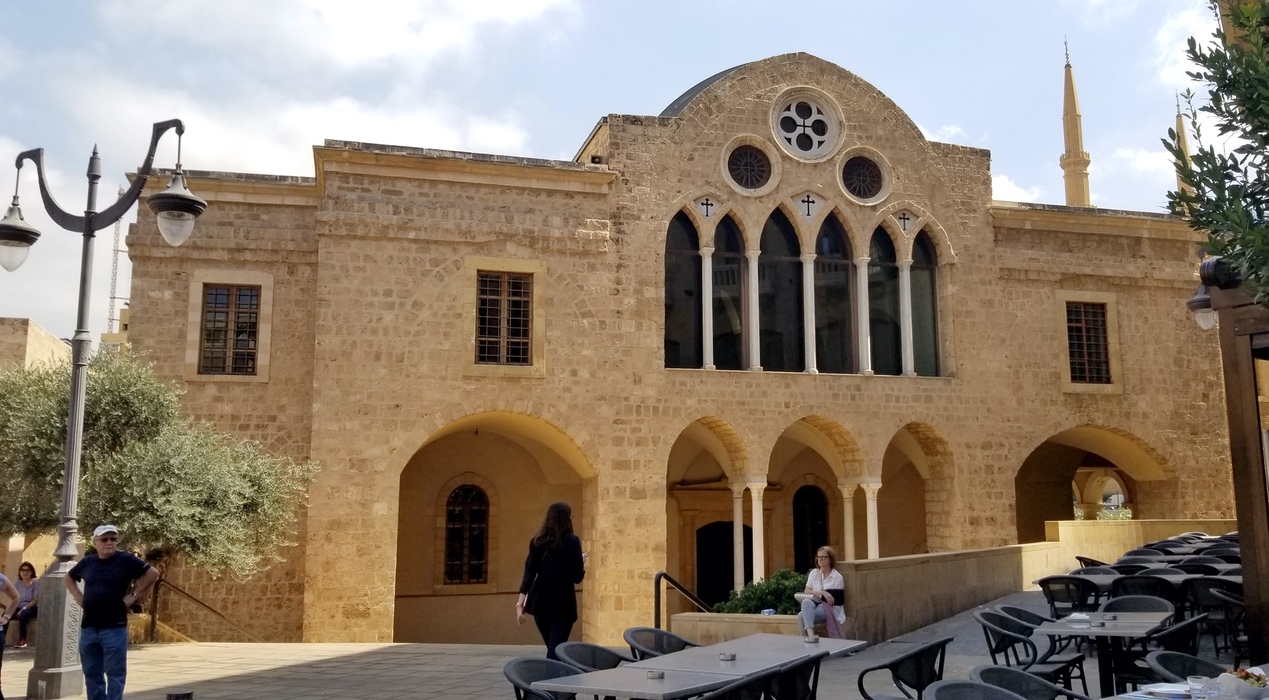