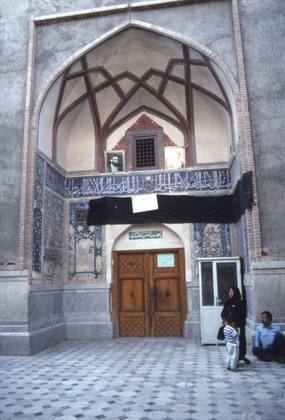 Share
The madrasa is entered from the bazaar, in the western area of the shrine complex of Imam Riza, and constitutes a typical Timurid symmetric four-iwan plan with a domed chamber in each corner. An inscription dates the construction to 843/1439. Amir Yusuf Khvajeh (d.846/1442) founded the madrasa to hold his tomb; his cenotaph is located under the south dome. This and the west dome are both double domes on tall drums with windows. The chamber in the east corner, under a low dome, serves as a mosque.
Living chambers with a double story façade of niches connect the iwans. All but the southeast iwan taper at the rear wall to form a bay. The southeast and northeast iwans are barrel vaulted and the other two have muqarnas semi-domes. The southwest iwan holds a mihrab.
The decoration makes lavish use of tile mosaic and haft-rangi tiles. Tile work in the courtyard possibly dates from a period of Safavid repair. Carved plaster decoration found above a dado in the entrance vestibule and in the iwans is unusual for Timurid work, resembling rather Il-Khanid techniques and design. Such work was still undertaken in Qum however, where Yusuf Khvajah had spent much time.
Sources: 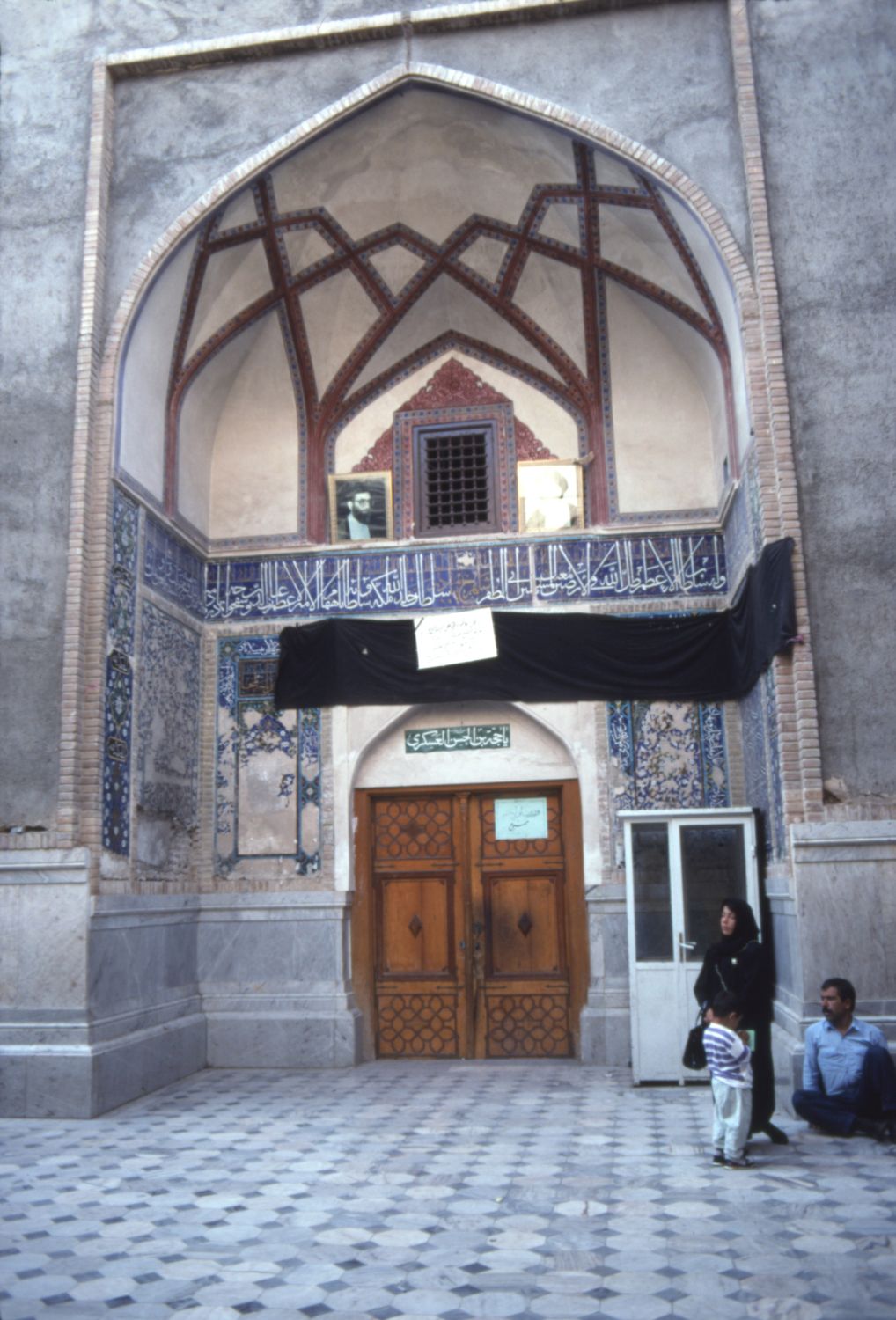