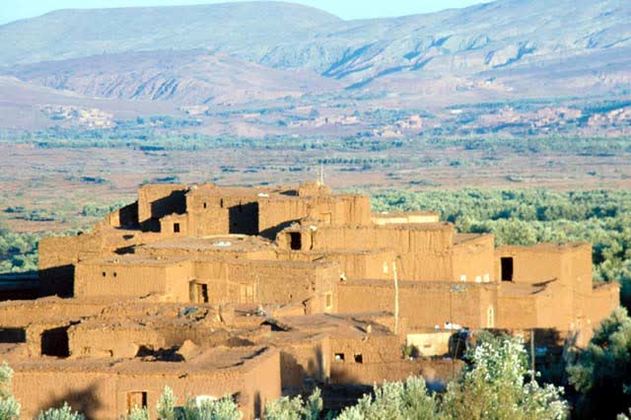 Share
Recipient of the Aga Khan Award for Architecture in 2001.
The village of Aït Iktel is located in the western High Atlas, 100 kilometres north-west of the city of Marrakesh. Like many of Morocco's thirty thousand villages, Aït Iktel existed in relative seclusion until recent years, relying mainly on traditional village organizations for its survival. Although situated next to the Aït Adle dam, the village's 122 households had no electricity. The past two decades have witnessed widespread drought, and as a result the village women were obliged to spend many hours each day fetching and carrying water from faraway sources. This difficult situation led villagers to appeal for help from family members who are emigrant workers.

Over the past few years the Moroccan government has admitted its shortcomings in addressing challenges such as the battle against poverty in rural areas and meeting the country's housing requirements. The investment of communities and private enterprise has since been greatly encouraged, and this has resulted in a favourable climate for the creation of non-governmental organizations (NGOs).

The Aït Iktel Association was founded in 1995 as a member of the MDL network. It benefited from the wealth of experience that had already been built up in community-driven development programmes, whereby the involvement of users is considered a major asset in project implementation. Such projects are not imposed on communities; rather, these communities are helped to prioritize their demands and needs, resulting in clearly defined projects. The general objectives of the programme can be summarized as follows to provide basic social services and infrastructural facilities to a fairly isolated community; to organize economic activity and resource management; and in the process, to empower the local community by giving them control over decisions and resources.

The objectives set out above were implemented through a number of projects:

Infrastructure:
electrification of the village.
installation of a water-supply network.
improvement of access to education.
improvement of the existing communal dispensary.

Economic activity:
improvement of the irrigation system.
creation of a craft workshop.

In this project the organizational aspects are almost as important as the physical implementations. All projects have been undertaken with the participation of the villagers themselves. They were involved in investment decisions, have financed projects and used their professional skills, and have become the owner of the assets created. These assets are managed by the community through the association. 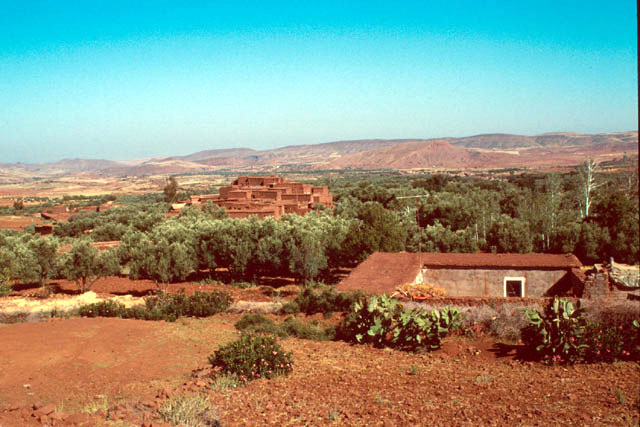