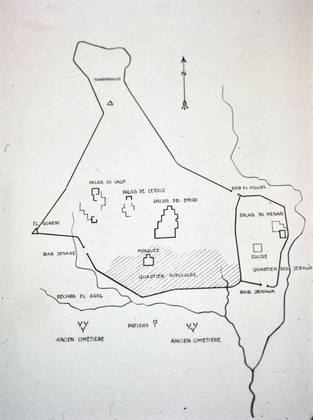 Share
The Qalat Beni Hammad is an imperial Islamic city, now ruined, which was constructed in central Algeria during the eleventh century CE (fourth century AH). The seat of the Hammadids after their independence from the Zirids and the Fatimids of Tunisia, the city was constructed beginning in 1007 CE (AH 397) by the founder of the Hammadid dynasty Hammad bin Buluggin I (reg. 1015-1028 CE / AH 406-419). The settlement grew quickly from the foundation of the original qalat, or fortress, into a thriving metropolis and cultural center. Qalat Beni Hammad attracted commercial caravans, scientists, artists, theologians, politicians, and poets to its fortified settlement in the Maadid mountains. A primary source description of the city from resident al-Bakri (1014-1094 CE / AH 404-487) and the historical account of Ibn Khaldun (1332-1406 CE / AH 732-808) attest to the city's military strength as well as its commercial and intellectual capital. The city reached the height of its regional influence during the rule of the later Hammadids at the end of the eleventh century, just before Hilalian incursions precipitated the decline of the city.

The Qalat Beni Hammad is located in central northern Algeria, approximately 110 kilometers south of the Mediterranean coast and 190 kilometers southeast of Algiers. The site is adjacent to the small village of Sidi Mohammed el Fadhel, but the nearest city is the modern provincial capital M'sila, located 26 kilometers southwest of the complex, or 70 kilometers by road. The qalat is located on the Hodna plateau near the peak of Takarbust, the summit of which was enclosed by the large ring of fortifications defining the bounds of the walled city. The average height of the enclosed city is 990 meters above sea level, although the peak of Takarbust rises to 1418 meters above sea level at its highest point. The city is defensively located as to enable a clear view onto the Hodna plain 400 meters below and to the south, while mountain slopes border the settlement to the north, east, and west. The imperial complex as recognized by UNESCO covers approximately 150 hectares. In the centuries since the city's construction, most of the smaller and more modest structures have been lost due to a lack of preservation or inhabitation, but evidence of several major buildings is present.

The mosque is located in the south of the walled city, near its longitudinal center. The mosque is quite large, with a rectangular plan measuring 56 meters wide east-to-west and 64 meters long north-to-south. The longitudinal axis of the mosque aligns with the north-south meridian. A minaret is located at the center of the north wall, while public entrances in the east and west walls open into the mosque courtyard. Bordered by arcaded galleries, the large sahn leads to the hypostyle prayer hall, which is divided by columns into a grid thirteen aisles wide and eight bays deep. The mosque featured a large maqsura, now destroyed, occupying an area five bays wide and four bays deep in front of the qibla niche on the south wall. The Qalat Beni Hammad mosque would be one of the largest in all of Algeria, were it not mostly demolished today.

The Qasr al Manar, also known as the "Castle of the Beacon Light", is another architecturally significant building within Qalat Beni Hammad. A fortified projection of the eastern wall of the city, the Qasr al Manar is a large defensive structure at the edge of a cliff overlooking the Hodna plateau to the south. The stone masonry building is roughly cubic in dimension, measuring 30 meters wide east-to-west and 32 meters long north-to-south. Its imposing east elevation is composed of a series of silos, within which a two-year-supply of grain could be stored in case of siege. The fort also includes a large reception room with a domed ceiling at its uppermost level, which opens onto a rooftop terrace. Though essentially a military structure, the Qasr al Manar was designed to accommodate imperial diplomatic functions during times of peace.

As evidenced by the fact that the Qasr al Manar was conceived as an adaptive space, the Qalat Beni Hammad was designed not purely according to defensive or pragmatic concerns; the city is also known for its succession of palatial pleasure gardens and entertainment spaces. The city is home to four palaces, each featuring asymmetrical, aggregative plans. The palaces were opulently appointed during the Hammadid era as the loci of intellectual, artistic, and political conversation within the city. The Qasr al Mulk, also known as the Qasr al Bahr, is the largest palace in the city and was used as the primary royal residence. The Qasr al Bahr derives its name from the vast bahr, or artificial sea, constructed to the east of the palace buildings. The bahr measures 64 meters wide east-to-west and 45 meters long north-to-south. It was used frequently in the eleventh century as the site of lavish nautical demonstrations, sporting events, and theatrical performances.

Unfortunately, almost all of the structures visible today at the Qalat Bani Hammad have survived only as unroofed foundations of demolished structures. The only structure to persist beyond vestiges of a plan at ground level is the minaret of the qalat's great mosque. The minaret is a masonry structure composed of stone bricks laid in a coursed ashlar pattern. The square plan of the minaret recalls Andalusian examples, while the arrangement of the arches on its exterior likely derives from Fatimid Egypt. The south elevation of the tower features a tripartite organization, in which lobed arched openings in the central third of the wall are flanked by decorative blind arches with taller and narrower proportions. Originally the semi-circular blind arches on the south elevation were lined with polychrome tiles, while the other faces of the minaret were left as blank masonry surfaces. A rectangular doorway is set into the arched opening at the ground level, providing access to a narrow winding interior stair that leads to the upper levels of the tower. A small rectangular stone panel bearing a carved inscription and vegetal patterning is inset above the entrance portal. The lower six levels of the minaret stand today, with arched openings on the south elevation at the third, fourth, and fifth levels. The top of the minaret deteriorates into rubble 25 meters above the ground, and any balcony or decorative rooftop structures have been destroyed.

Elsewhere in the complex, scattered fragments of the eleventh-century structure and its decorations have survived. Artworks include carved marble water channels, portions of frescoes inside the palaces, ceramic pottery, marble sculptures, crystal and glassware. Architectural remnants include carved stone friezes, carved stone and plaster muqarnas, and multicolored tiles created using various artisanal techniques. The recovered pieces reveal a wide range of artistic influences, including Fatimid Egypt, Samarra, Aghlabid Kairouan, and Andalusian Spain. The variety and scope of the collection of decorative elements uncovered through excavation are further indication of the artistic richness and multiculturalism of the Hammadid capital.

The Qalat Beni Hammad served as the capital city of the Hammadid dynasty until 1090 CE (AH 483), when threat of invasion by Hilalian Berbers caused Hammadid governor al-Mansur bin al-Nasir to abandon the city for Bejaia (modern-day Annaba, a coastal city 100 kilometers to the north). The settlement was destroyed just decades later during the Almohad conquest of 1152 CE (AH 547). Despite its size and political significance, the city stood for only 145 years, and was completely abandoned by the end of the twelfth century.

The site was identified in the modern era by French historian Méquesse in 1886. Modern excavations of the site were first undertaken in 1908 CE under the direction of French archaeologist de Beylié. Later excavations were conducted between 1951 and 1952 CE by Lucien Golvin, and under Bourouiba after 1964 CE. The 150-hectare site of the Qalat Beni Hammad was designated an UNECSO World Heritage Centre in 1980. As of 2009, all of the structural remnants that were present upon World Heritage inscription thirty years prior had been preserved, though the site as a whole remains vulnerable to weathering and erosion. Though the complex is open to the public today, it is typically visited by only a few thousand tourists annually. Such low levels of pedestrian traffic on the site have aided conservation efforts over the past three decades.

The site was designated a UNESCO World Heritage Site in 1980. 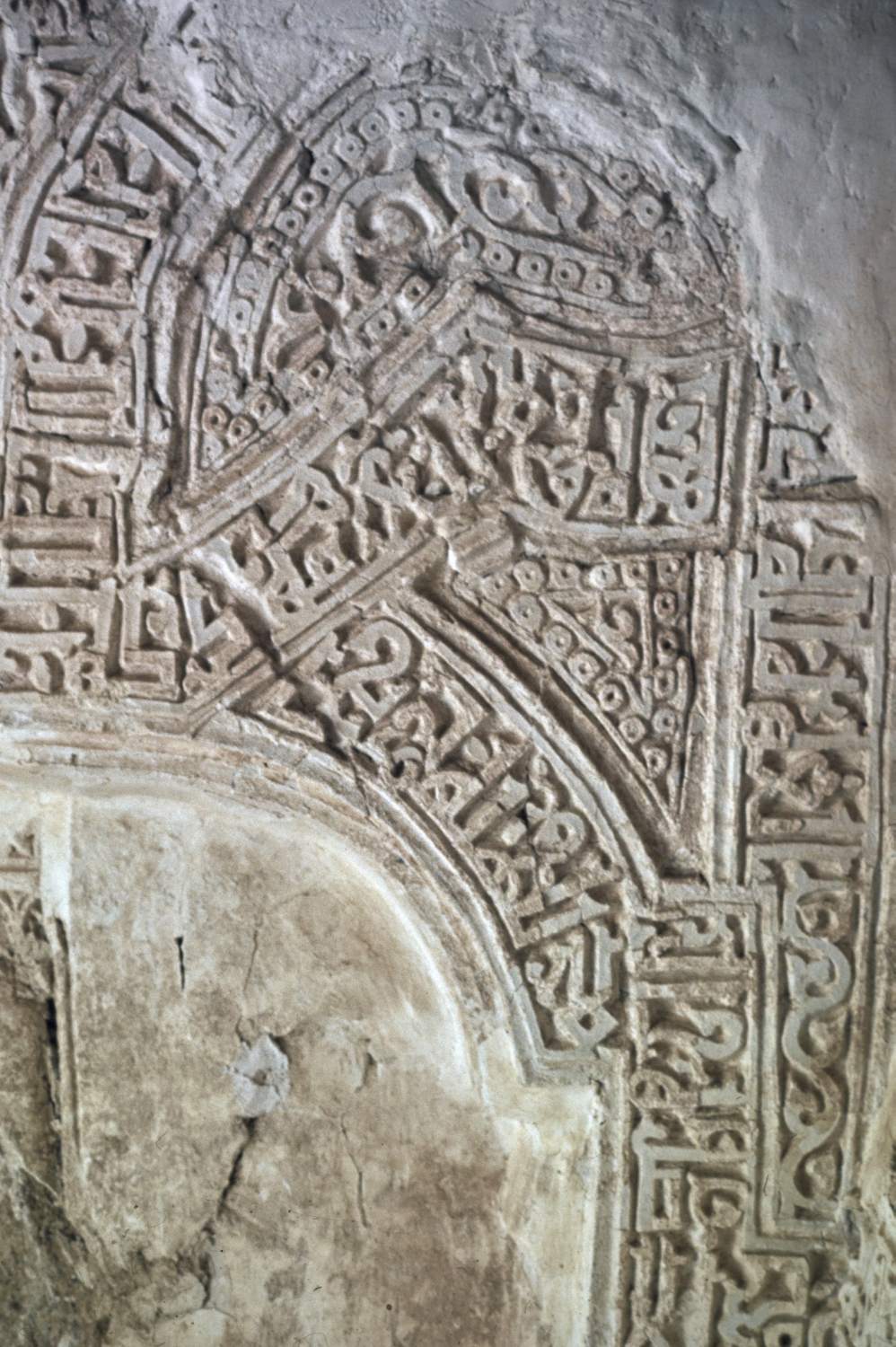