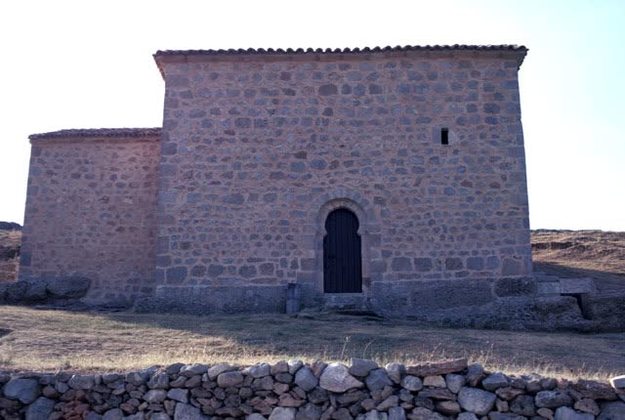 Share
The Church of San Baudelio was built in the early twelfth century at the crossroad of Islamic and Christian territory on the Iberian Peninsula. In typical Mozarabic fashion, this Christian sanctuary integrates Islamic architectural elements and decorative motifs into its design and ornamentation. It is specifically renowned for its mural frescoes, many of which are exhibited in museums around the world, including the Prado in Madrid, the Metropolitan Museum of Art in New York City and the Museum of Fine arts in Boston.

The church is rectangular in plan, measuring eight and a half by seven and a half meters. It features a very simple, unadorned masonry exterior with walls more than a meter thick. Inside, a single column rising into a domical, palm-like vault with eight brackets supports a hipped roof. The apse of the church is framed by a horseshoe arch illuminated by one narrow window. At the other rear of the sanctuary, a two-bay deep enclosed portico with horseshoe arches supports a gallery overlooking the nave. The gallery was accessed from the nave staircase to the side, which is blocked by a brick wall today. It was also accessed from outside by a door at the top of the stairs, which has since been filled.

By the end of the thirteenth century, the church had undergone two cycles of painting, leaving its interior surfaces completely adorned with frescoes. Some of these murals depict the life of Christ while others feature animals, such as the camel, and scenes of hunting, influenced by popular themes and motifs during the tenth century Umayyad caliphate. 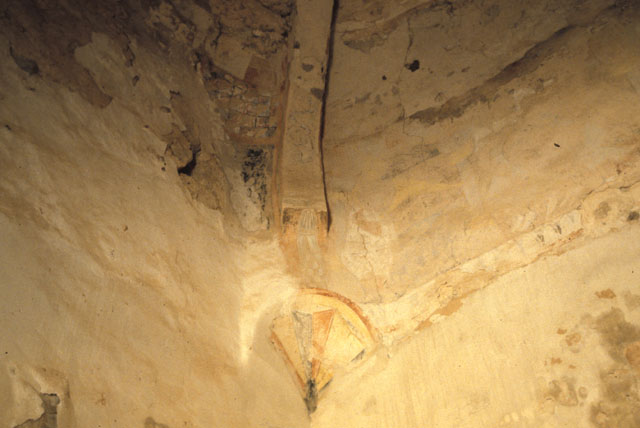