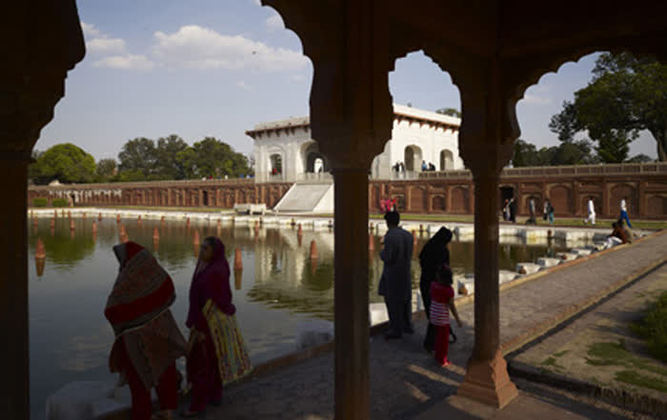 Share
The Shalimar Gardens are located 8 kilometers (5 miles) east of Lahore. They were commissioned by Shah Jahan in 1637. The form of the garden is inspired by the gardens of the same name, in Kashmir, and would later be copied in the Shalimar Gardens of Delhi. The enclosure is over 457 meters (500 yards) long, and contains 2 gardens, with a narrow rectangular terrace in between them. Each garden is divided by canals and flowerbeds, following the Persian tradition of the charbagh, or fourfold garden. Each of the 3 parts is on a different level, so that the upper parts are concealed from the view of people entering from below. The highest, and therefore the most private, section is thought to have been used by the imperial women. The channels of water that weave through the whole garden are fed by canals designed and administered by a defector from the Persian court, Ali Mardan Khan, or Inayat Khan, known for his architectural and building expertise. The gardens contain white marble buildings in typical Shah Jahani style. They are enclosed by a red sandstone wall interrupted by small decorative kiosks. The Shalimar Gardens are among the best preserved Mughal gardens. 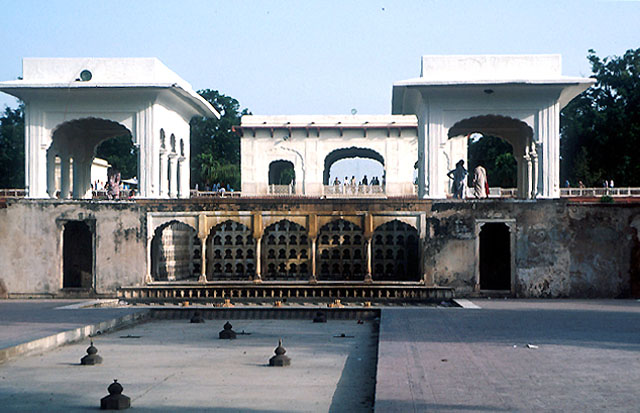