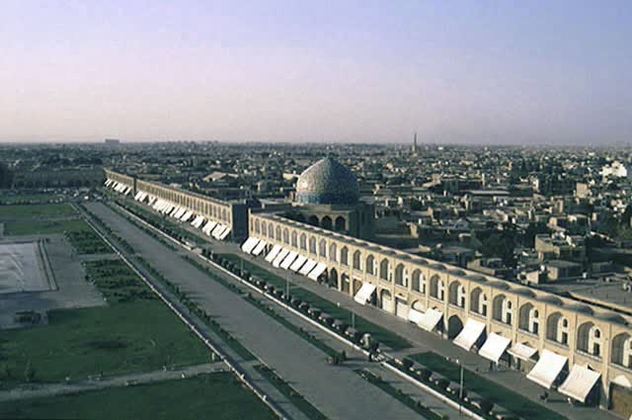 Share
The maydan, or public plaza, is an eight hectare space constructed under Shah Abbas I between 1590 and 1595 for state ceremonies and sport. A two storied, arcaded perimeter of stores was added by 1602 in an effort to introduce commerce to the area, luring merchants from the old city to the north.

Festivals and parades continued in this multifunctional space, alternating use of the large central area with commercial stalls. The arcaded facades were originally decorated with polychrome glazed tiles, the rhythm of the arcades broken once on each façade by the entrance to a building. On the south, the Shah Mosque; east, the Mosque of Shaykh Lutfallah; the Ali Qapu on the west façade; on the north the monumental entrance portal to a two kilometer bazaar which links the maydan to the old city.

The iwan of this grand portal, known as the Naqqara-khana, crowned with the representation of Sagittarius in mosaic tile, leads to the royal bazaar, the royal mint and the royal caravanserai. This was the strong room for the most valuable trade in the city.

Life Line 1: Bazaar Route from Friday Mosque to the Maidan 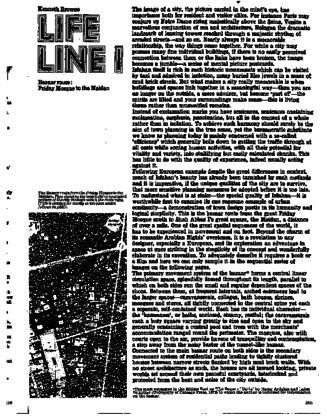