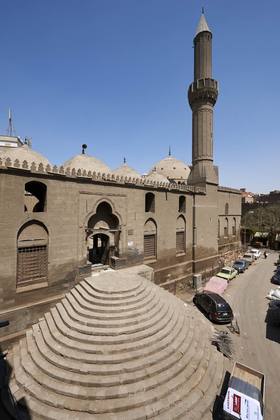 Share
The mosque of al-Malika Safiyya derives its name more by appropriation than by real patronage. It was started by 'Uthman Agha, who held the post of the Agha Dar al-Sa'ada, or black eunuch in charge of the harem, as well as the Egyptian waqf estates of the holy places in the Hijaz. 'Uthman Agha was the agent and slave of the noble Venetian beauty Safiya, of the Baffo family, who had been captured by corsairs and presented to the imperial harem, where she became chief consort of Sultan Murad III (1574-95) and virtual regent for her son, Sultan Muhammad III (1595-1603). 'Uthman died before the mosque was completed, and it went to Safiya as part of his estate. She endowed the mosque with a deed that provided for thirty-nine custodians including a general supervisor, a preacher, the khatib (orator), two imams, timekeeper, an incense burner, a repairman, and a gardener.

The plan, a forecourt surrounded by domed porticoes and a prayer hall covered with a central dome carried on six columns and surrounded by smaller domes, bears a closer resemblance to the plan of an Istanbul mosque than any other Ottoman structure in Cairo. The one Cairene feature of this plan is that the prayer niche protrudes on the back wall. The mihrab, except for the blue Iznik tiles, is in the Mamluk style of polychrome marble panels. The minbar of carved and pierced marble, with its pointed top, is also in the Ottoman style. The decoration, subdued and concentrated primarily on the mihrab and in the colored glass roundels in the windows, does not detract from the magnificent sense of space. 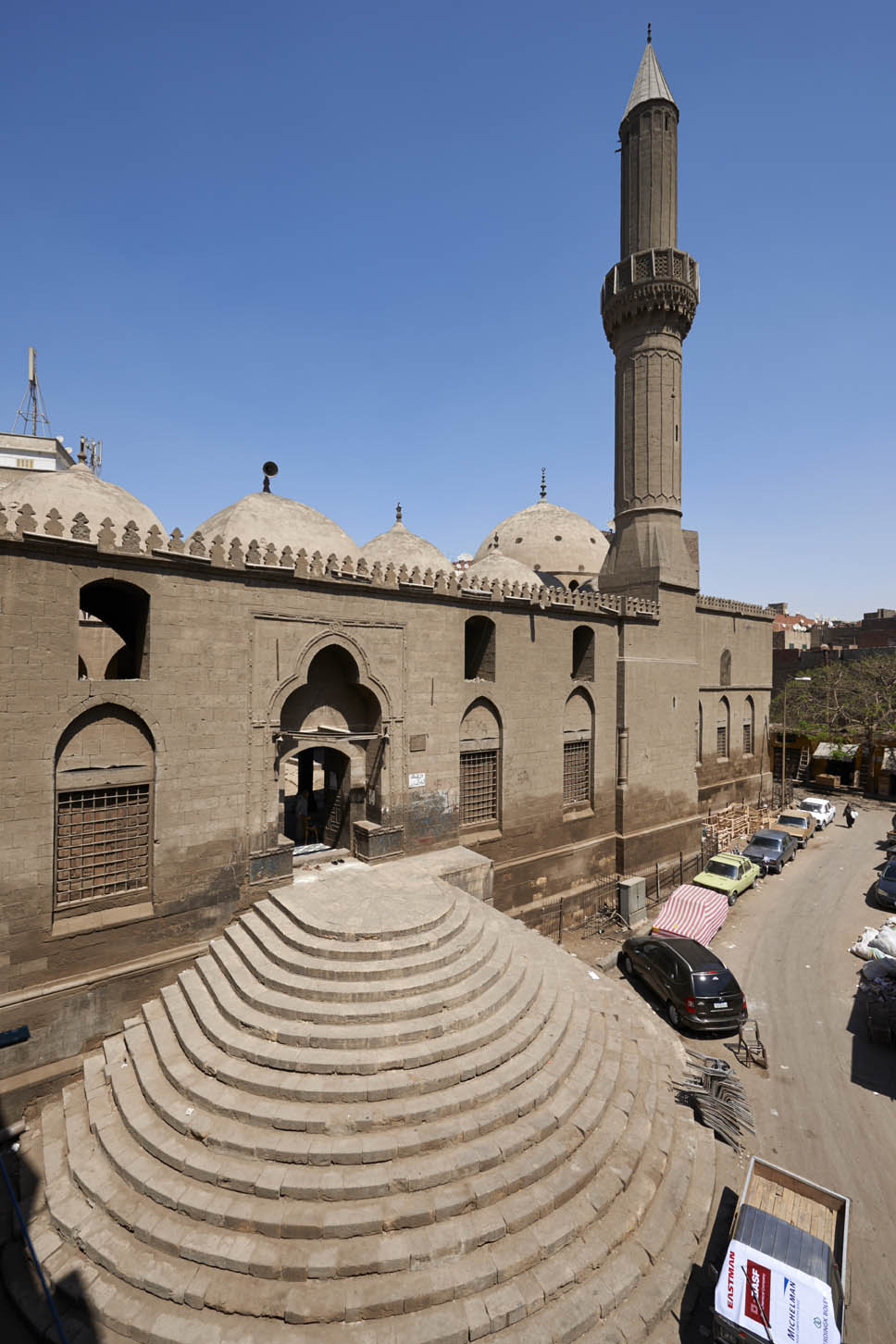