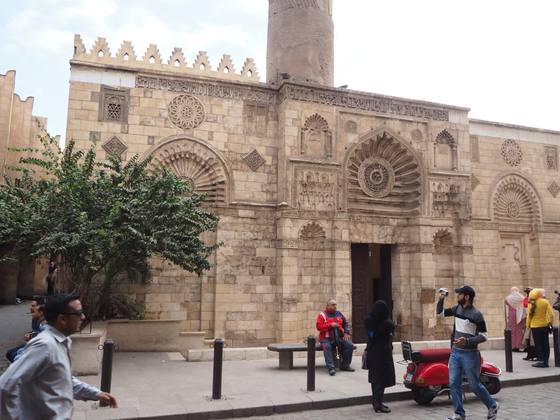 The Mosque of al-Aqmar was built in Cairo in 1125. The Fatimid vizier al-Ma'mun al-Bata'ihi was instrumental in its construction, which took place during the caliphate of al-Āmir (r.1101-1130). Located on the main artery of the city, the mosque's elaborate ornamentation and design are seminal for Cairo's architecture, especially for the way its plan shifts to accommodate both the qibla orientation and the existing street pattern. In plan it is a regular, rectangular hypostyle mosque with a square courtyard, but the depth of the façade is adjusted to fit the building behind to the dictates of the existing urban scheme.

Constructed of brick with stone facing, the façade is highly decorated with inscriptions and sculptural decoration. The entrance portal is set within an arch with keel-shaped niche. The interior of the niche is fluted, with a central medallion inscribed with the names of Muhammad and 'Ali, which are also inscribed on the chamfered corner of the building. The brick minaret, along with restorations including the mihrab and minbar, was introduced by the Mamluk Amir Yalbugha al-Salimi in 1397.

Though rising ground levels make the mosque appear at street level, it was originally built above a row of shops which are now buried. These shops were waqf or endowment for the mosque which would have provided it with a tax-exempt income.

The mosque has recently received an addition to restore the early symmetrical appearance of its facade. 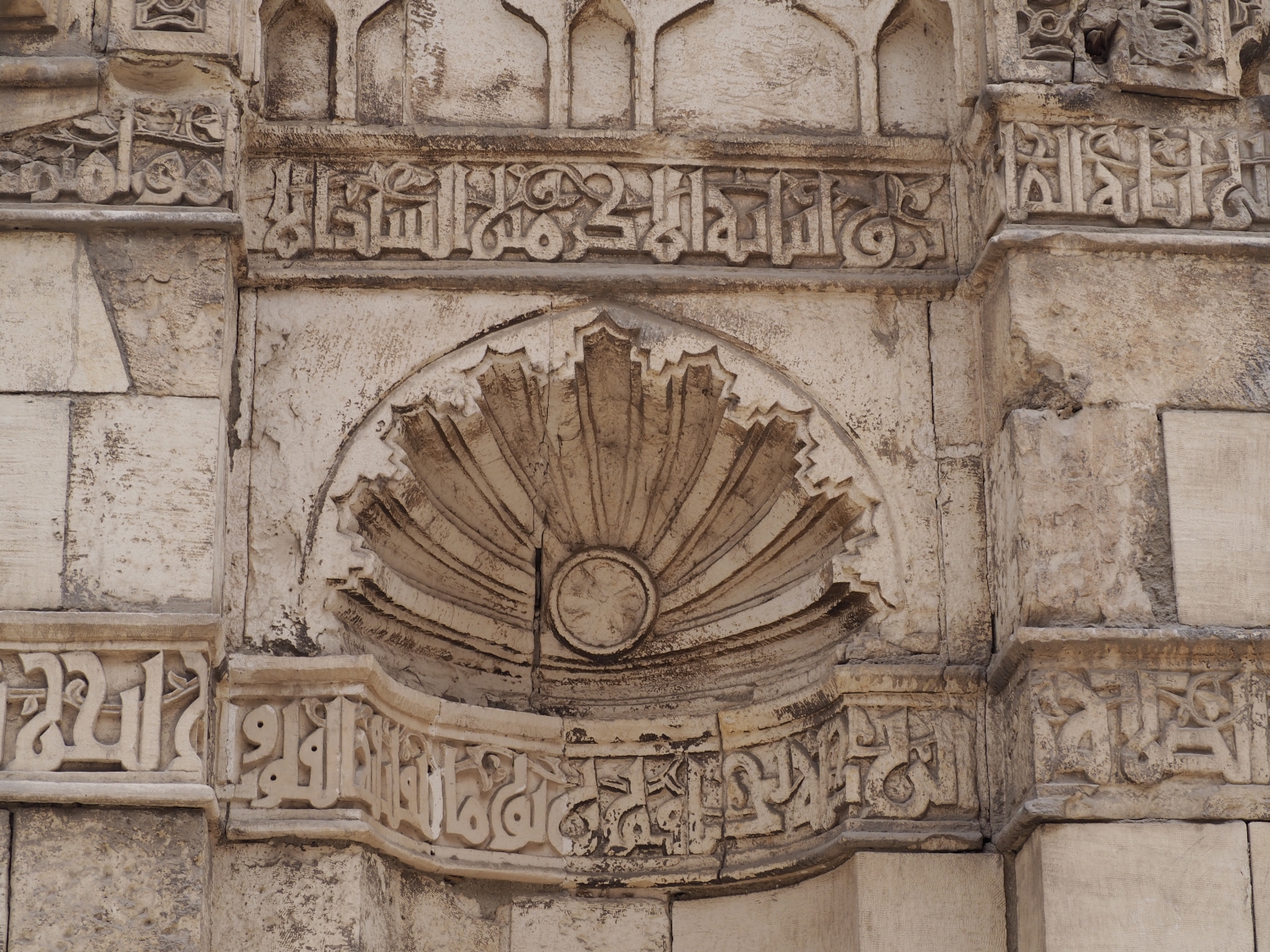