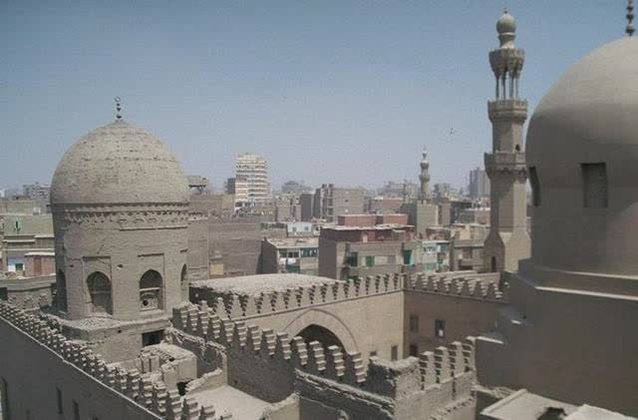 Share
The madrasa built in 1356 for Amir Sarghitmish, whose career began under Sultan al-Muzaffar Haji and ended during the reign of Sultan Hasan, although dedicated only to the Hanafi rite, adopts a four-iwan layout.

Unlike the cruciform madrasas of Qalawun and al-Nasir Muhammad, the side iwans are of a considerable size and consequently leave little room on the lateral sides of the courtyard for the student living units, most of which, as a result, have their windows on the exterior. This marks the beginning of the tendency to integrate madrasas into urban life.

Innovative features include pendentive triangles underneath the portal's semi-dome, the patterns of the two-colored inlaid masonry on the minaret, the covering of the central part of the qibla iwan with a dome (a feature unique in Cairene cruciform-plan madrasas), and the double-shell brick dome of the mausoleum with its unusually high drum. This dome, which lacks the typical pointed top, houses the earliest dated example of a stalactite cornice on the exterior of a dome. The exotic features of the dome may be accounted for by the Persian background of the students of the madrasa.

A striking visual statement is produced by the projection of the domed mausoleum into the busy street through a rectangular cross-vaulted space. This madrasa shows how the desire to reconcile the facade to the existing street alignment while orienting the interior to the qibla, and the desire to display the mausoleum to the passersby to invoke their blessings produced a unique volumetric composition which provides a rich sequential experience on both the interior and exterior. 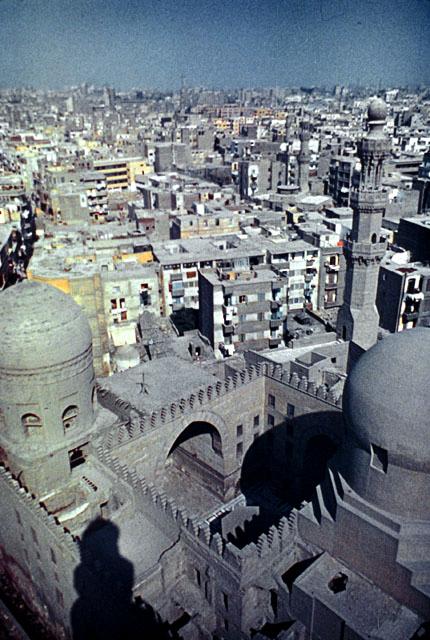