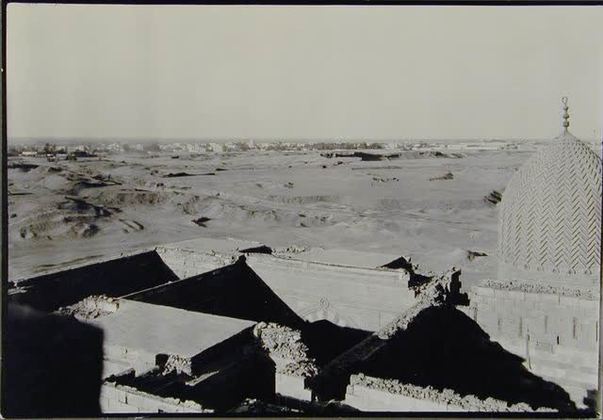 Share
The mausoleum, possibly a prayer hall attached to it, and the sabil-kuttab were built by Inal when he was still an amir in 1451. After ascending the throne in 1453, he decided to expand the complex. The khanqah was added in 1454 and the mosque, designated by its inscription as a madrasa, was added in 1456.

It is reported that the construction was financed by Amir al-Jamali Yusuf, who also added a zawiya, a practice initiated by Sultan Barsbay in his complex in the cemetery. This funerary complex presents a further development in the secularization of late Mamluk religious architecture, for in addition to housing the Sufis in duplex apartments forming a domestic rab' like that of Barsbay in the cemetery, the madrasa has the plan of a qa'a, or reception hall, a feature also borrowed from Cairene domestic architecture. 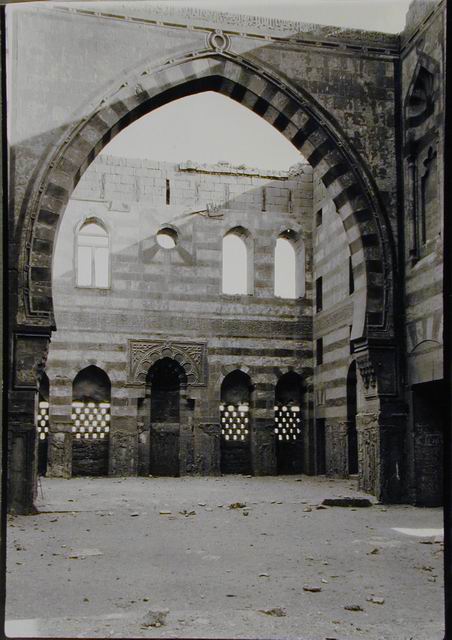