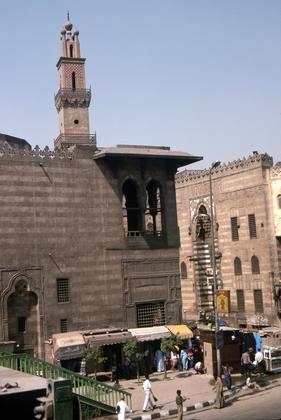 Share
Sultan Qansuh al-Ghuri was second to last of the Mamluk sultans and the last to enjoy a reign of any duration (1501-16). Al-Ghuri died of a heart attack while fighting the Ottoman Turks outside Aleppo, following the defection of Amir Khayrbak in the midst of the battle. His body was never found, and was not buried in his mausoleum on which he had spent a fortune. In the chronicles of Ibn Iyas, Al-Ghuri is portrayed as an energetic and arbitrary despot, cruel and superstitious, and thoroughly human in his weaknesses. Time and again we read of someone savagely tortured to extract money from him, or of someone else hanged or cut in two for some offense, real or imaged. Nonetheless, al-Ghuri loved flowers and music, wrote poetry, and was attracted to Sufis and other pious men. He was a great patron of architecture, and a man of refined cultural tastes.

The foundation of Sultan al-Ghuri was built between 1503 and 1505. The complex straddles both sides of al-Mu'izz Street, with the congregational mosque-madrasa built on the western side, and the khanqah-mausoleum-sabil-kuttab on the eastern side.

The facades of the complex flanking al-Mu'izz Street, unlike the earlier religious complexes in the city, are not adjusted to the street alignment, and instead follow the orientation of the two sides of the complex. Since the two opposing facades are both set back from the original lines of the street, this divergent portion of the street is transformed into a sort of square which is semi-enclosed at the north end by the projection of the sabil-kuttab of the mausoleum, and at the south end by the projection of the minaret of the madrasa. The thoroughfare was expanded so the patron could incorporate the urban space into the complex and rent it for market stalls. The income generated by these stalls and by the shops built into the lower levels on the qasaba facades contributed to its upkeep. A famous engraving by the artist David Roberts dating from 1839 shows the space between the two facades as roofed and occupied by a silk bazaar.

The final changes in the form and function of late Mamluk religious architecture are detected here. The khanqah is reduced to a mere gathering hall and lodgings for Sufis are absent. Although designated as a madrasa, the building across the street is a congregational mosque that follows the cruciform plan with attached students' cells. The waqf deed, however, does not mention teaching activities.

The entirely rectangular minaret introduced the novel feature of a top story with four bulbs, and may originally have been covered with green tiles. The present five bulbs are a modern reconstruction. This minaret and the original minaret of Aqsunqur are the only documented minarets with four stories instead of the standard three. 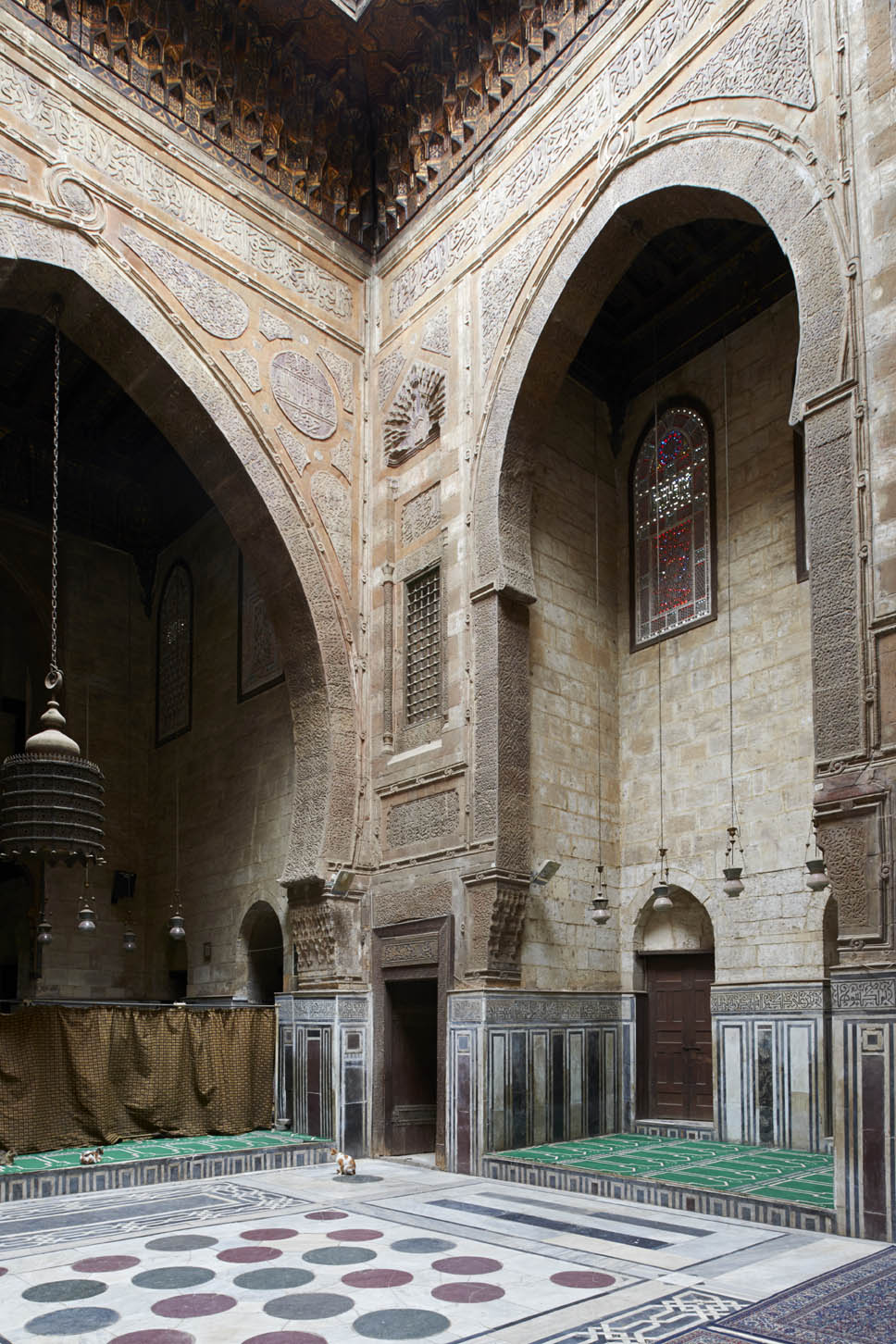