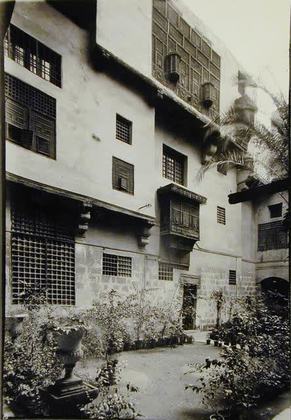 Share
The house of al-Suhaymi, built in 1648 with additions in 1796, is a Cairene house from the Ottoman period with strictly separated public (salamlik) and private spaces (haramlik). In addition to the open spaces, the salamlik included the takhtabush (a large benched area which opens onto the courtyard like an iwan where business transactions were carried out in the morning), the second-story maq'ad or loggia (an informal reception area used usually in the evenings), and the qa'a (the formal reception hall). The haramlik section, which includes a qa'a, or reception hall, as well as private apartments and a bath, is located above the ground floor and is reached by a separate flight of stairs in the courtyard. The different spaces of the haramlik overlook the courtyard through openings concealed by mashrabiyyas, screens created from pieces of turned wood, that allowed women of the household to enjoy the view without being seen by the guests in the courtyard.

Social patterns and family values were not the only factors instrumental in determining the spatial configurations of Cairene houses. The real ingenuity of their designs lies in the structural modifications introduced into traditional spaces (like the qa'a, maq'ad, takhtabush, etc.) to produce autonomous spatial units adapted to climatic conditions. While the open courtyard functions as a temperature regulator, diffusing cool air which it retained from the night into the rooms of the house during the day, the spatial units that look onto it have varying temperatures during the day, depending on their orientation to the sun. The takhtabush provides a cool sitting area in the morning; the maq'ad, which always faces north to catch the prevailing wind, is the favorite entertainment area in the evening. The qa'a is an indoor space which can be conveniently heated in the winter. The domed opening in the roof of the central part of the qa'a, which acts as an outlet for hot air, along with high ceilings, a water fountain below the domed opening, thick walls, marble surfaces, and the mashrabiyya screens keep the interior of the qa'a cool in the summer. Finally, cold air is conducted to the inner parts of the house through a malqaf or wind catcher. Climatic adaptations transcend typical utilitarian designations of the various units; activities are shifted from one unit to the other according to the hours of the day and the seasons.

The domed structure in the garden was originally a mausoleum; it was moved from its original location near the Bab al-Khalq after 1952. It is known as the Qubba of Jamal al-Din and dates from the 16th-17th c. and its dome is pierced with a geometrical pattern and filled with colored glass displaying smaller patterns.

Fathy, Hasan. "The Qa'a of the Cairene Arab House, Its Development and Some New Usages for Its Design Concepts." In Colloque international sur l'histoire du Caire ... 1969, 135-152. Cairo: Ministry of Culture of the Arab Republic of Egypt, 1972. 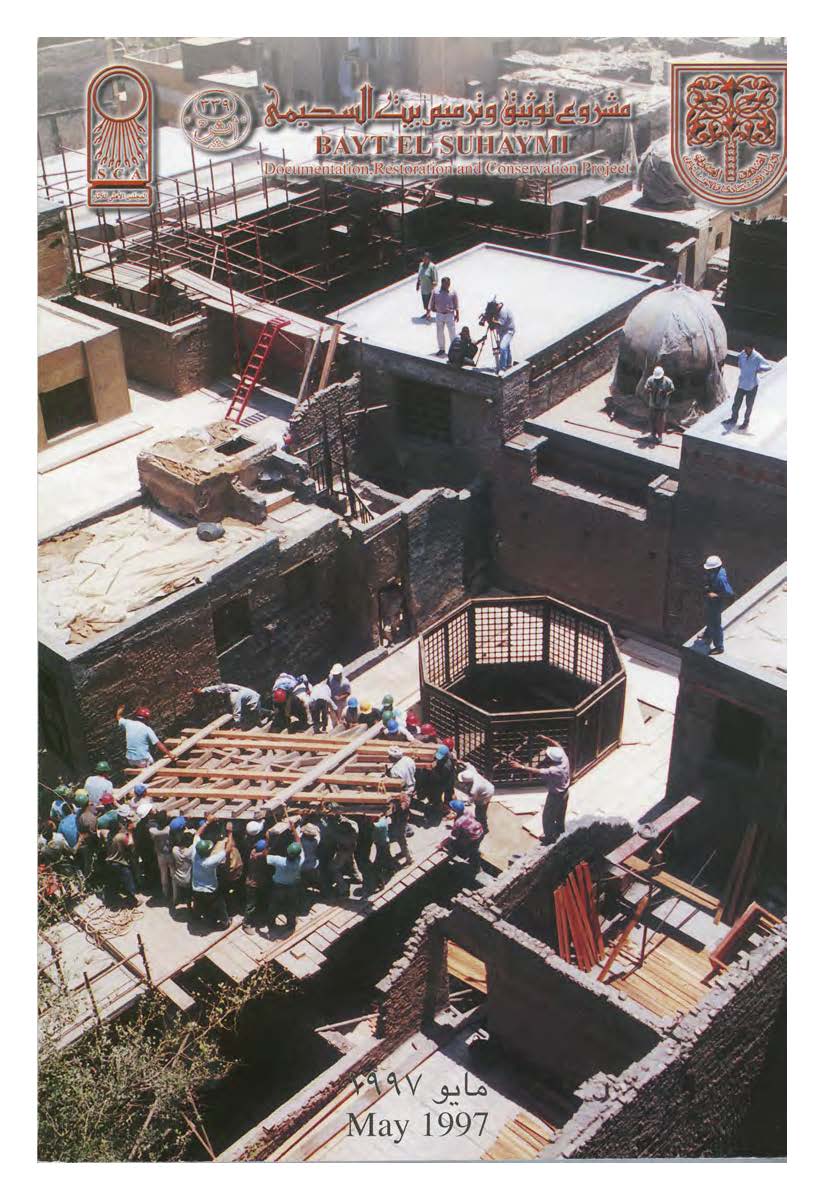